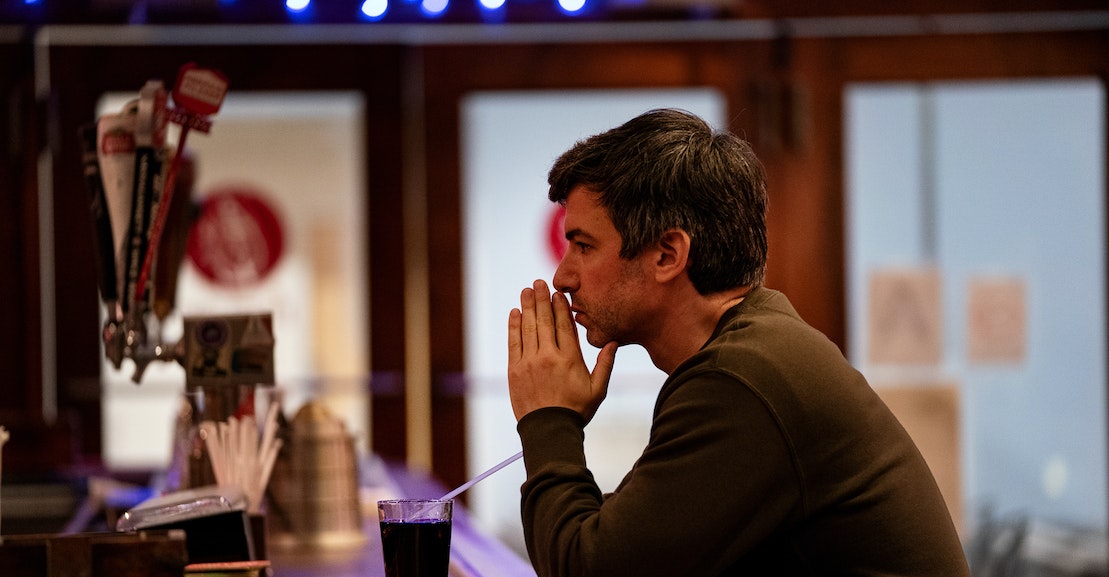 More than socially inept, this time around Fielder plays something closer to a sociopath: Someone whose desire to systematically understand human feeling scans as almost alien. In the second episode, Fielder is entrusted with helping a woman named Angela live through a two-week trial run of what it might be like to raise a child, from birth to adulthood. Child actors can only work for a certain number of hours at a time, so the babies in this scenario are switched out at regular intervals throughout the day, when the would-be mother isn’t looking. Fielder’s team swarms a rural farm-house with SWAT-like urgency, furtively swapping children out through the window. As the week goes on, they use older actors, to create the impression that the child is growing up in accelerated form—a couple of years every few days.

As Angela’s interest in her own rehearsal wanes, Fielder only grows more committed. If something’s not working, he insists, it’s because the scenario itself is not real enough; because some detail or nuance escaped him. He plays with the idea that he can manufacture genuine emotional attachment, as long as the set-dressing is spot-on. To take just one example: In order to complete the illusion that Angela is fully inhabiting her maternal fantasy, which includes growing her own vegetables in a small garden plot, Fielder’s team tills the soil, plants the seeds and then, under cover of darkness, replaces the crops with replacements sourced from a supermarket. When Fielder notices a produce sticker glaring at him from a bell pepper—the sort of sloppy missed detail that could give away the whole game—he merely turns the pepper on its side. If no one sees the problem, then it does not exist.

The Rehearsal becomes a send-up of its star’s own social anxiety, and of his desire to alleviate it by stage-managing a watertight simulation of reality. “After spending time with people,” Fielder laments, “I’m often left wondering what they actually think of me.” Yet the only way his character can imagine finding this out is through a series of ever more complex ruses, rather than by simply observing the way people respond to him in real-life encounters. In time, The Rehearsal pushes Fielder’s performance of his own discomfort, alienation, and egotism to the point of eerie absurdity: rehearsals within rehearsals, wailing robot babies, a pop-up acting school offering courses in “The Fielder Method,” and even a Fake Nathan who serves as an idealized avatar of its creator.