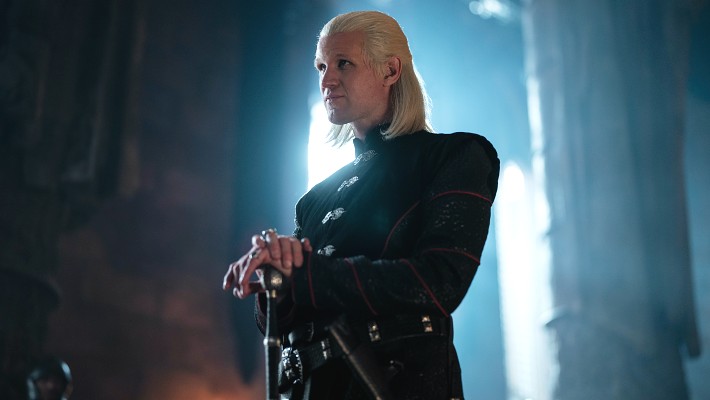 Not to be outdone by Jeopardy!, Game of Thrones: House of the Dragon is launching its own official podcast, hosted by geek podcasting royalty Jason Concepcion and Greta Johnsen. The show promises to be a place where casual fans and diehards alike can enjoy breakdowns, theories, and interviews with the show’s cast. George R.R. Martin, Paddy Considine, Matt Smith, and Steve Toussaint are already lined up for the podcast, which launches August 3rd ahead of House of the Dragon‘s August 21st premiere on HBO.

The Official Game of Thrones Podcast: House of the Dragon will start off with a refresher course on Westeros history and its houses, which feels like the best kind of homework. After all, House of the Dragon is showing us an ancient side of the world we already explored for 8 seasons, pulling us way back to the era of fire-breathing flyers and white-haired rulers.

Companion podcasts are a must-have for basically any TV show trying to make a mark — extending its reach by catering to fandom’s desire to endlessly dissect and discuss. House of the Dragon, like its predecessor, should prove the exact type of series that warrants this level of examination and camaraderie, and The Official Game of Thrones Podcast: House of the Dragon looks to offer a digital version of conversations we’d otherwise have had around the water cooler. It will also be one of the longest podcast names around until the inevitable The Official The Hunger Games Podcast: The Ballad of Songbirds and Snakes gets rolling.