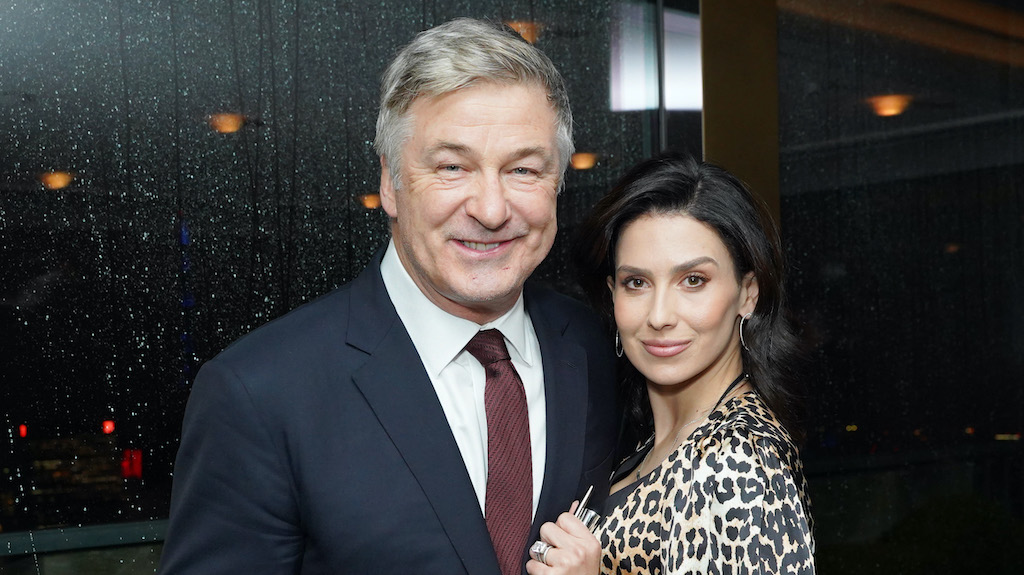 Hilaria Baldwin has a very (very) long message for the haters. On Wednesday, Hilaria posted a black and white photo of herself and her husband, actor Alec Baldwin, on Instagram and used the caption feature to share what would probably be a four-page essay. The puzzling post is a tribute to her husband as well as a message to . . . the entertainment industry, which, according to Hilaria, are haters seeking to try to destroy her husband. I don’t know!

Hilaria and Alec Baldwin have been married since 2012. The couple has six children together with a seventh child along the way. In October 2021, Alec Baldwin fired a prop weapon in an incident that resulted in the death of cinematographer Halyna Hutchins while on the set of the film, Rust.

“To enter your world and become your person has been both a joy and an eye opening experience,” Hilaria wrote at the beginning of the post. “How many wonderful moments, meeting incredible people, doing amazing experiences, and building a family. I am forever grateful. Every day.” The tribute goes on for many more paragraphs. Just when you think it’s over, there are more paragraphs.

“The darker part is seeing behind the curtain at how some of this ‘business’ can function and the blows and sacrifices that someone in the public eye takes for speaking up for what they believe and for helping others,” she wrote. “Enemies of these missions seek to destroy you, in order to delegitimize your voice and purpose. This is not a new tactic…it’s as old as history…yet, how easy it is now more than ever to slander people and cherry pick and piece together strands taken out of context, ‘opinions’, or complete fabrications. And how some people believe it or stay silent out of fear. Alec, how many times we look at each other and say: deep breath, in this together, keep on for the good of what we believe. Somos un buen equipo.”

Hilaria added that she has experienced “dehumanization” as well, which might be referring to 2020 when she was accused of pretending to be Spanish. “Unfortunately, having experienced the dehumanization myself, (another old tactic to go after the spouse of your enemy), leads us to the moments when we think: how much more can one body and one mind take before we crumple beneath the psychological torture?” she wrote in the Instagram caption, just when you’d think she should have stopped already.