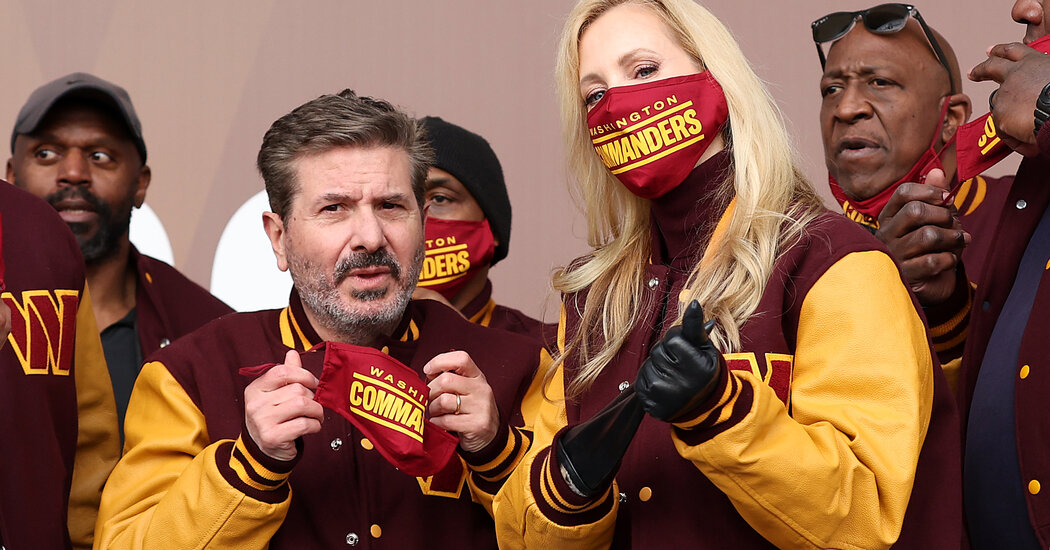 The Washington Commanders owner Daniel Snyder testified Thursday morning in front of a congressional committee that has been investigating widespread allegations of workplace misconduct at his team, including claims from former staff members that directly accused him of inappropriate behavior.

Snyder gave a voluntary deposition under oath via videoconference from Israel, where, his lawyer said, he was observing the first anniversary of his mother’s death. The testimony before the House Committee on Oversight and Reform ended weeks of back-and-forth over the terms of his appearance, which culminated in an agreement announced early Thursday morning that Snyder would answer questions under oath.

Snyder’s deposition was conducted privately, and information obtained can be released at the discretion of the committee, though it was unclear whether it planned to do so.

The topics Snyder was expected to be questioned about include direct accusations of misconduct against him. At a congressional round table in February, a woman who had been a marketing and events coordinator for the team said that Snyder put his hand on her thigh during a work dinner in either 2005 or 2006 and that she later resisted his attempts to lead her to his limousine. Another former employee said at the same panel that Snyder hosted a work event at his home in Colorado, for which team executives hired prostitutes. At the time, Snyder called these allegations “outright lies.”

In addition, The Washington Post reported that a team employee accused Snyder of sexually harassing and assaulting her in 2009 before reaching a $1.6 million confidential settlement.

A contentious partnership. The Dallas Cowboys faced criticism after announcing a new partnership with Black Rifle Coffee, the veteran-owned brand popular with conservatives and gun owners that sells roasts with names like “AK Espresso,” “Murdered Out” and “Silencer Smooth.” The announcement drew criticism in part for its timing, a day after a deadly mass shooting in Highland Park, Ill.

Paying a small price. A peer-reviewed study lookig at whether arrests for accusations of violence against women hurt N.F.L. players’ careers found that such arrests have “negligible” consequences for players as a group, based on a statistical analysis of career outcomes.

Snyder was also expected to face questions from the committee on its findings that he directed a “shadow investigation” to interfere with the N.F.L.’s examination of his team’s workplace. An eight-month inquiry by the committee found that Snyder used private investigators to harass and intimidate witnesses, and created a 100-page dossier focused on victims, witnesses and journalists who had shared “credible public accusations of harassment” against the team.

Snyder had declined two requests to appear at the June 22 hearing where N.F.L. Commissioner Roger Goodell testified in front of the committee. He cited a business conflict and, later, questioned the committee’s process as his lawyers negotiated the terms of his appearance before Congress.

Snyder’s representatives had argued that his voluntary appearance did not require him to be sworn in, and disputed the committee’s stance that a subpoena was necessary to compel him to answer questions related to matters covered by nondisclosure agreements.

The committee, chaired by Representative Carolyn B. Maloney, Democrat of New York, agreed to allow Snyder to give his deposition voluntarily after he committed to giving “full and complete testimony” about his role in creating the Commanders’ toxic work environment and any interference with the N.F.L.’s investigation, “without hiding behind nondisclosure or other confidentiality agreements,” according to a statement from a committee spokesman.

However, the committee said it was “prepared to compel his testimony on any unanswered questions upon his return to the United States” by serving him with a subpoena.

The committee began its investigation in October, four months after the N.F.L. fined the Commanders $10 million and asked Snyder to step away from most day-to-day operations at the conclusion of its own inquiry into the team.

Goodell testified in June that there had been a “substantial transformation” of the Commanders’ culture and human resources practices, adding that “the workplace at the Commanders today bears no resemblance to the workplace that has been described to this committee.”

But Goodell did not release a written report detailing the findings of the league-sponsored investigation, which led critics to accuse the N.F.L. of hiding details about the allegations of harassment and abuse against women, including some that may have included Snyder.

Last month, the committee released a 29-page memo detailing the results of its examination of the team’s operations, including Snyder’s role in subverting the N.F.L.’s investigation.

Earlier this year, the N.F.L. opened a second investigation into the Commanders based on the accusations leveled at Snyder in the February congressional round table. In addition to the new claims of workplace misconduct, a former longtime executive in the ticketing department accused the team of potentially unlawful financial practices, including keeping “two sets of books” to conceal hundreds of thousands of dollars of revenue that was supposed to be shared with all 32 N.F.L. clubs. The committee referred these claims, which the team denied, to the Federal Trade Commission in April.

It is unclear whether the committee’s deposition of Snyder will be its last major undertaking. Many members of Congress will go on recess in August. Maloney, in particular, faces a stiff challenge from Jerrold Nadler in retaining her seat because redistricting in New York has made her primary race in August competitive.