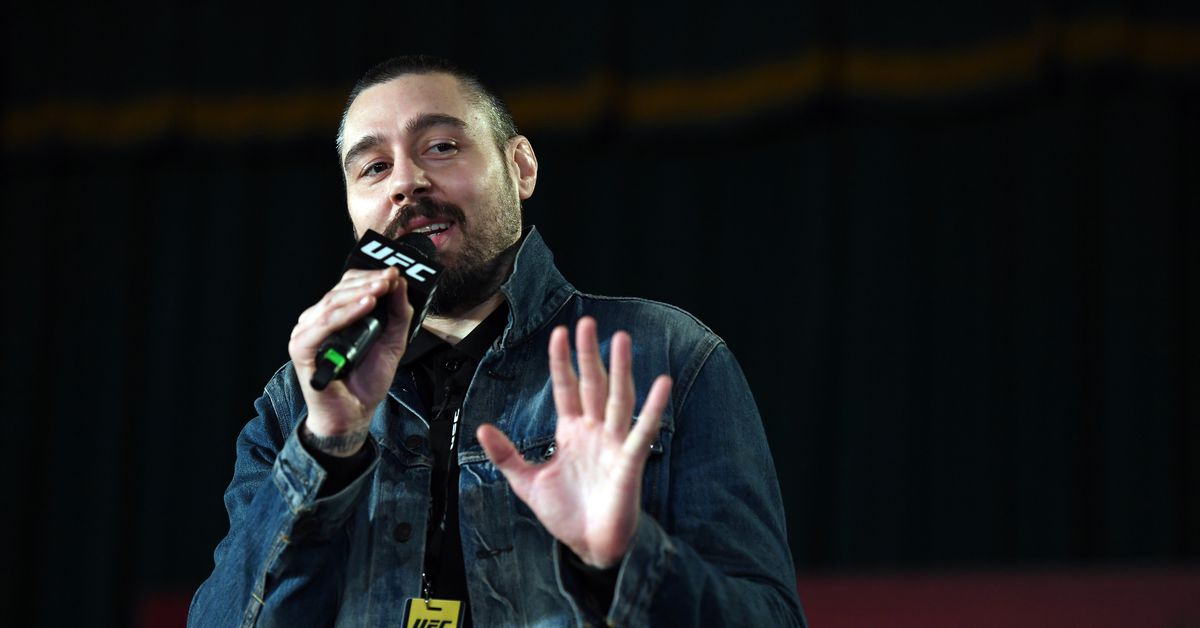 Dan Hardy thinks Paddy Pimblett has the potential to be a bigger star than Conor McGregor.

This past Saturday, Pimblett turned in the best performance of his UFC career, submitting Jordan Leavitt on the main card of UFC London. While Pimblett was not the main event of the card, “The Baddy” was undeniably the most popular fight competing this past weekend.

One of the UFC’s fastest rising stars, the Liverpudlian has drawn numerous comparisons to McGregor. But Hardy suggests those comparisons aren’t fair for a number of reasons — including the chance that Pimblett could be bigger than McGregor some day.

“I think they’re in different places, and it’s difficult to compare the two of them,” Hardy said this week on The MMA Hour. “But you could certainly see it building to a superfight at some point, just not anywhere near it right now. Conor’s up near the top of the top of the division, Paddy’s got to build himself into that position.

“I would hope Paddy’s focus is on the belt, as opposed to the superfights right now, because he’s in a very strong position where he could become something way more than Conor McGregor. I know that’s a difficult thing for us to imagine, but we couldn’t imagine Conor McGregor before he stepped out of Cage Warriors.”

McGregor is the biggest star in the history of MMA, and like Pimblett, he came into the UFC with a fan base already behind him after building his name in Cage Warriors. Surpassing McGregor is a huge task.

While Pimblett’s first trio of fights inside the octagon have been impressive, they’re a far cry from McGregor’s initial run in the UFC, something Hardy concedes. But the one-time welterweight title challenger and former UFC commentator also argues Pimblett has something McGregor doesn’t: He isn’t battling with his inner “Notorious.”

“Especially because people’s brands change and shift,” Hardy said. “Conor’s not the same. He’s not as easy to gravitate toward as he used to be in the beginnings of his career. It’s much more easy to relate to people when they’ve stepped off the streets and they’re going through hard times. Now, he’s living on yachts and stuff.

“I think he’s quite estranged from his fan base, and I think people will tune in due to the fact that he’s an entertainer. But I think people will follow Paddy to a much longer degree than they have done Conor, because I don’t think Paddy’s going to fall off in the same way that Conor did and find himself in handcuffs.”

McGregor has certainly had his fair share of issues that frustrated and perhaps drove off his fan base. But ultimately, he solidified his stardom with victories over some of the best fighters on the planet. Pimblett is being a brought along much more slowly, and according to Hardy, that’s a good thing.

“I don’t think he’s ready for a step up,” Hardy said. “Someone like Dan Hooker, that’s a big step up. “You’ve got think some of the killers that he’s been in there with and the experience that he has. Paddy, yes, he’s got three big wins in the UFC, big because of the way that they resonated with the fans, but not big because they were perfect or potential world beaters in their own right. He’s fought the right level of opposition for the level that he’s at. …

“We don’t need to give him one of the star names right now. Just because he’s a developing star, it doesn’t mean he’s at the technical level yet to start taking on some of those big challenges. I still think there’s a bit of growth left in his game. Maybe another 12 months or so, a couple or three more wins, and then we start to look at him fighting those recognizable names.”

Even with time to grow, Pimblett still faces a major hurdle in his division. McGregor rose up the ranks in a featherweight division that had been dominated for years by Jose Aldo, who needed new contenders. Lightweight is considered by many to be the most difficult weight class in the sport, meaning Pimblett’s rode to the title could be quite long. But Hardy said Pimblett does have the major advantage of being wildly popular, and that, plus being very talented, is enough to give him a legitimate shot.

“I think he’s in the most difficult division, but I think what we learned from McGregor’s rise is your marketability will create opportunities that will build you in the right direction,” Hardy said. “You look at some people’s careers in the lightweight division and you think, my goodness, how did that guy never get a title shot after going through that line of killers? And then other people you’re like, how is this person in the top-five already?

“It’s not necessarily a meritocracy, the UFC, as we know, and that’s down to partly marketability. Paddy’s very marketable. If he makes the UFC a lot of money, they’ll help that path through to the belt. And I certainly think anybody you put him in there with, he’s within striking distance of winning because of the chaos that he brings.”