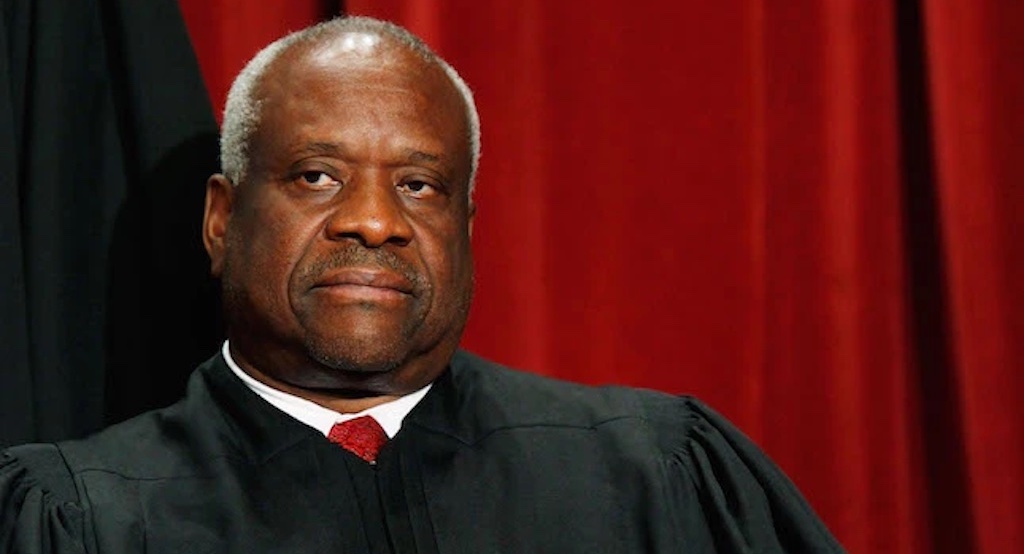 Last month, the Supreme Court decided to try and ruin everyone’s summer. The right-leaning bench went on a tear, releasing one radical ruling after another. Their most infamous move? Terminating Roe v. Wade. The ruling has already had disastrous effects upon the nation. And it’s even perhaps played a role in one of the judges who helped topple it ditching a side hustle.

As per Mediaite, Justice Clarence Thomas is suddenly “unavailable” to co-teach a class on constitutional law this fall at George Washington University. His reasoning was not made public, but it does come after 11,000 students at GWU, where Thomas has taught since 2011, signed a petition demanding he be fired in the wake of the Court’s draconian and unpopular rulings. Another 50 students wrote an open letter saying much the same. What’s more, his name is no longer listed as a faculty member on the school’s site.

Thomas wasn’t simply one of the justice who voted to overturn the law that for the last half century kept abortion safe and legal across the United States. He also wrote a concurring opinion, in which he suggested the bench should “reconsider” laws that protect contraception, same-sex marriage, even same-sex relationships. Incidentally, Thomas’ logic is so reckless it could endanger his own interracial marriage, too. But then, what do you expect from a party whose members will vote not to protect same-sex marriage and then go to their son’s gay marriage three days later?