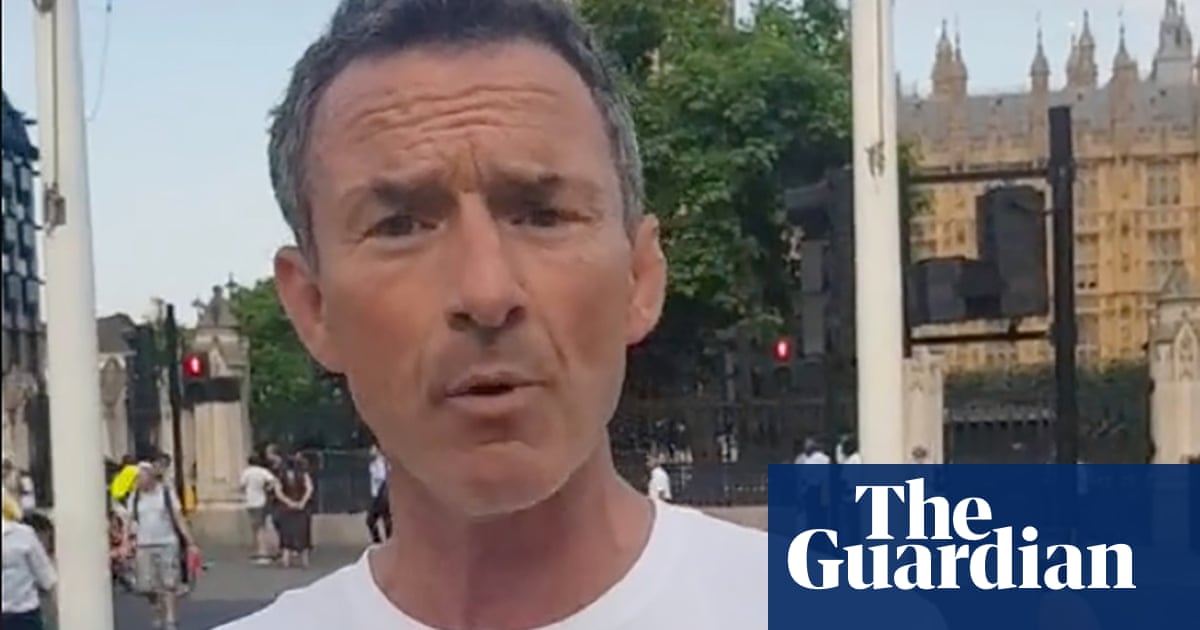 A new political party committed to solving the climate crisis plans to challenge the Tories in more than 100 seats at the next election, targeting climate-denying Tory backbenchers.

Launched as a centre-right, single-issue party, the Climate party aims to provide Conservative voters with a business-friendly, climate-serious alternative to the Tories, whose leadership candidates have been reticent over the party’s net zero commitments as Britain buckled under 40C heat for the first time on record.

Gemmell, a former army officer and city lawyer, registered the Climate party with the electoral commission on Britain’s hottest day last week. Unlike his Tory counterparts, Gemmell has spent years working on the climate crisis and believes climate-conscious Conservative voters feel disrespected and ignored by the party’s leadership. He hopes the Climate party will provide them with an alternative that will protect the economy, people and the climate.

“We’ve got one election left to save the planet,” he said.

Gemmell said his party will also target the 19 Tory MPs who are members of the Net Zero Scrutiny Group, a collection of Conservative backbenchers who oppose the government’s net zero policies. “The Craig Mackinlays, the Steve Bakers – we’ll stand against them in every single place. Any Conservative that tries to join that group and destroy the future of my kids, and lose us this big opportunity, we will put a centre-right candidate against them.”

The Tories may well be spooked. Gemmell beat Conservative rivals to become a councillor in Buckinghamshire in May 2019, elected as an independent candidate with a single policy: “climate action now”. He went on to become a councillor for Hazlemere last year, and is the managing director of Scientists Warning Europe, a charity that promotes “science-endorsed solutions” for the energy transition.

The recent Australian general election may also provide a cautionary tale. In that poll, climate-focused candidates, named the “teal independents”, focused on seats held by the rightwing Liberal party. They won several seats and took votes away from the Liberals in many others, leading to a parliamentary majority for Anthony Albanese’s Labour party.

The heart of the Climate party’s policy is decarbonising the economy by 2030. Gemmell’s vision is for the UK to become a global leader in the energy transition by stopping all subsidies for fossil fuel companies, implementing polluter-pays policies to stimulate the circular economy, and investing in renewable infrastructures and technologies.

Rather than allowing the left a monopoly on such policies, Gemmell says these are smart, pro-business ideas that will give the UK economy a competitive advantage as the whole world increasingly turns its attention to decarbonising and the energy transition. He says the policies are not nearly as radical as the Tory government would have voters believe, claiming one-third of British councils are already committed to carbon zero by 2030.

Gemmell said: “It’s not a big policy for government because it’s already happening”, adding that the climate pledges at the heart of Conservative policy are harmful and reveal the party’s unfocused approach to the threat of the climate crisis.

He said rapid decarbonisation by 2030 is the only way to protect the planet from climate tipping points, a term coined by IPCC scientists 20 years ago to describe the point at which small changes become significant enough to cause a larger, more critical change that can be abrupt, irreversible, and lead to cascading effects.

For now, the Climate party is still building the rest of its manifesto, but he said many Conservative voters are desperate for a party that reflects their deep concerns about climate breakdown, even if that party doesn’t have all the answers.

“The whole point is to bring the focus in of all of the great minds in Britain, the focus of the finance sector in driving that, to get to the point where we can answer those questions,” said Gemmell. “Until we start on that path with a war-like effort, we aren’t going to make it.”