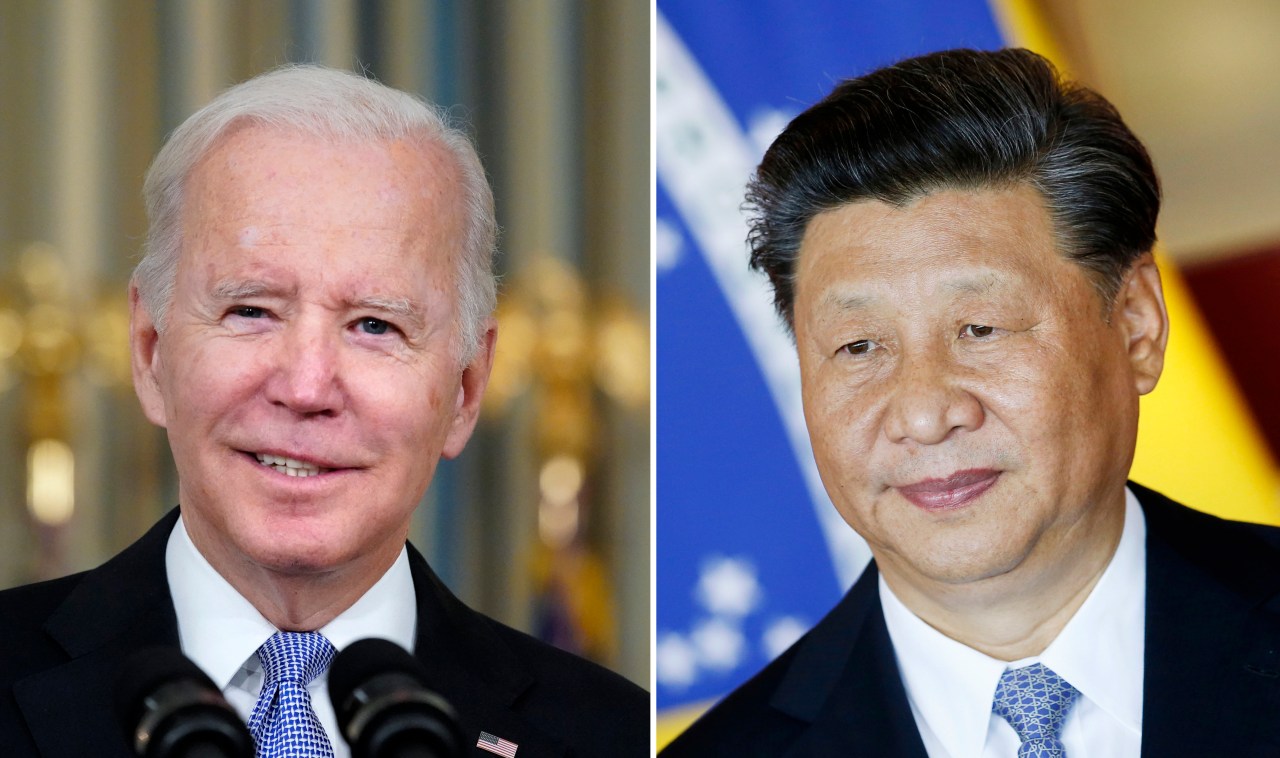 President Biden and Chinese President Xi Jinping discussed disagreements over Taiwan on a two-and-a-half hour call on Thursday during which the two leaders also expressed an interest in meeting face-to-face.

According to a White House readout, Biden told Xi that U.S. policy on Taiwan had not changed and that the U.S. “strongly opposes” any actions that threaten stability across the Taiwan Strait.

A lengthy Chinese foreign ministry readout of the call indicated that Xi warned Biden on Taiwan by saying: “Those who play with fire will perish by it.”

Taiwan seemed to take up a significant portion of Thursday’s call, though the the White House said the two leaders discussed a “range of issues” and a senior Biden administration official told reporters that the two leaders asked their teams to follow up on discussions about counternarcotics, climate change and health security.

Biden and Xi “also discussed the value of meeting face-to-face and agreed to have their teams follow up to find a mutually agreeable time to do so,” the official said.

Tensions about Taiwan — a self-governed island that Beijing claims sovereignty over — loomed over the Thursday’s call, the fifth between the two leaders since Biden took office.

The call took place after China issued warnings over reports that Speaker Nancy Pelosi (D-Calif.) planned to visit Taiwan in the coming weeks. Neither the White House nor the Chinese readout of Thursday’s call made specific mention of Pelosi’s plans, which have not yet been finalized.

The Biden administration official said that discussion between the two leaders on Thursday about Taiwan was “in depth,” “direct,” and “honest,” though they official declined to discuss the conversation in further detail.

The readout from China’s foreign ministry said that Xi “elaborated on China’s principled position on the Taiwan question” and made clear China’s opposition to Taiwanese independence.

“The position of the Chinese government and people on the Taiwan question is consistent, and resolutely safeguarding China’s national sovereignty and territorial integrity is the firm will of the more than 1.4 billion Chinese people. The public opinion cannot be defied. Those who play with fire will perish by it,” the Chinese readout said.

“It is hoped that the US will be clear-eyed about this. The US should honor the one-China principle and implement the three joint communiqués both in word and in deed,” it continued.

Asked about that rhetoric during a briefing Thursday afternoon, White House press secretary Karine Jean-Pierre declined to say whether the White House viewed it as an escalation.

The Chinese military has conducted provocative incursions into Taiwan’s airspace, and reports about Pelosi’s plans for a trip have raised concerns that Beijing could stage a forceful response. Biden indicated to reporters last week that the U.S. military had concerns about plans for the trip.

The U.S. has routinely warned China against making moves on Taiwan.

Biden said during his first trip to Asia as president back in May that the U.S. would come to Taiwan’s defense if China invaded, prompting an angry response from the Chinese.

The White House has insisted that Biden’s words did not represent a change in U.S. policy and that the U.S. still adheres to the “one China” policy and strategic ambiguity toward Taiwan.

The call also came as Biden is weighing whether to lift some Trump-era tariffs on China in an effort to ease inflation in the U.S.

The senior Biden administration official said that Biden did not discuss potential actions on tariffs in the conversation with Xi.