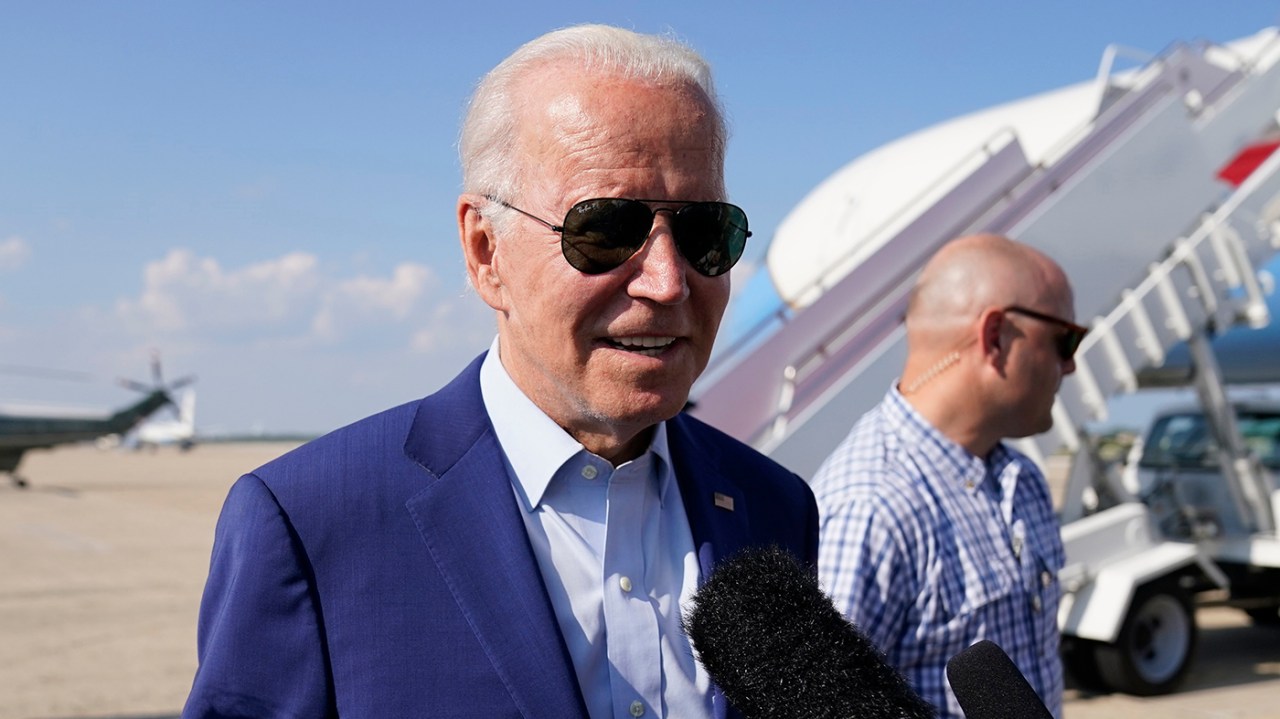 President Biden on Thursday responded to news of a second straight quarter of economic contraction by focusing instead on the strong job market, a tactic the White House has been using to argue the U.S. is not in a recession.

“But even as we face historic global challenges, we are on the right path and we will come through this transition stronger and more secure,” Biden said in a statement on Thursday. “Our job market remains historically strong, with unemployment at 3.6% and more than 1 million jobs created in the second quarter alone. Consumer spending is continuing to grow.”

U.S. gross domestic product (GDP) shrunk between April and June, according to data released by the Commerce Department. GDP fell at a yearly pace of 0.9 percent in the second quarter, which means the economy would shrink by nearly 1 percent if the second quarter’s pace of growth lasted for an entire year.

Economists have long used two straight quarters of negative economic growth as a rule of thumb to determine when the U.S. is in recession and is the formal threshold for a recession in other countries. But, economists in the U.S. also consider a broader range of data when determining a recession and say it may be too soon to know if the U.S. is in one given the strength of the job market.

Biden, in his statement, did not mention the word recession.

The administration has recently ramped up messaging that the U.S. is not in a recession, focusing on the technical definition of a recession to insist that months of strong job growth and healthy consumer spending prove a recession is not here yet and may not come at all.

The U.S. has added 2.7 million jobs since the start of 2022, and consumer spending has continued to increase even amid high inflation.

The president also said that the data released on Thursday is not a surprise.

“Coming off of last year’s historic economic growth — and regaining all the private sector jobs lost during the pandemic crisis — it’s no surprise that the economy is slowing down as the Federal Reserve acts to bring down inflation,” he said.

He mentioned a meeting earlier this week with the chairman of SK Group from South Korea, a company that is investing more than $200 billion in American manufacturing. And he noted Congress is moving toward passing the China competition bill and that there’s an emerging deal in the Senate on the reconciliation package, which is now called the Inflation Reduction Act.

“My economic plan is focused on bringing inflation down, without giving up all the economic gains we have made. Congress has an historic chance to do that by passing the CHIPS and Science Act and Inflation Reduction Act without delay,” Biden said.

The White House has argued that both bills will help with bringing down inflation. The president is expected to talk about the reconciliation package on Thursday, following Senate Majority Leader Charles Schumer (D-N.Y.) and Sen. Joe Manchin (D-W.Va.) announcing a $369 billion deal on a climate, taxes and health care package.

Later on Thursday, Biden is expected to deliver remarks on the economy and meet with CEOs.