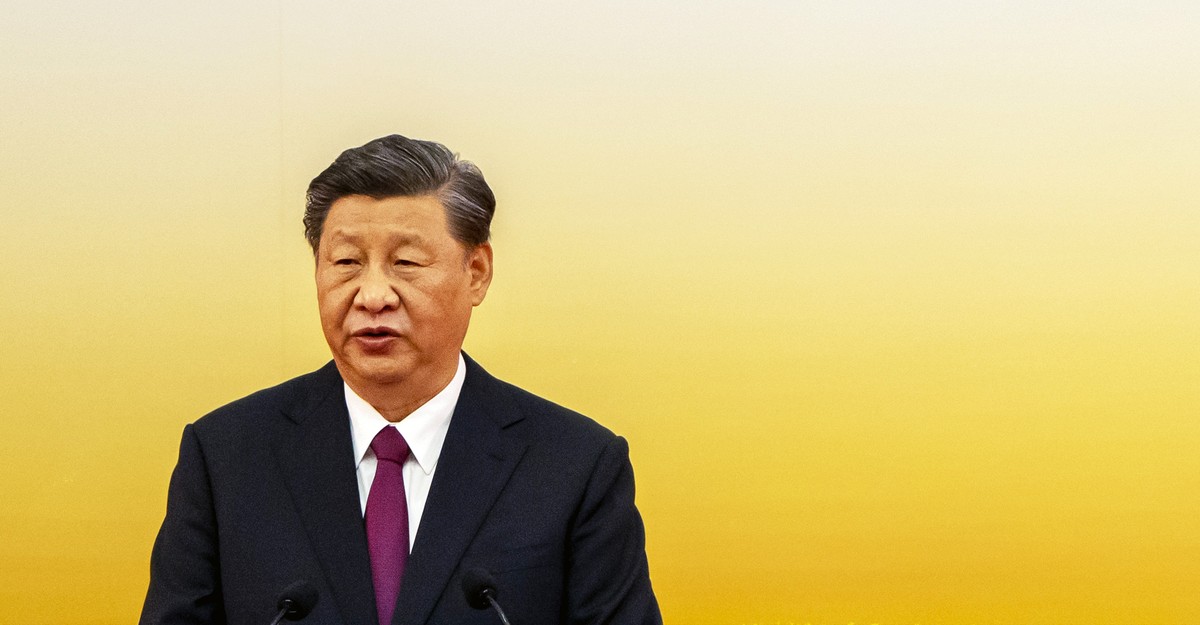 Imagine, for a moment, that Nancy Pelosi, en route to Taiwan, is confronted by Chinese fighter jets in the skies near the island. Taiwan scrambles its own planes to her defense. A game of chicken ensues. Who blinks first?

This scenario would be a Cuban-missile-crisis moment, with the United States and China staring at a potential conflagration. And based on Beijing’s strident reaction to the House speaker’s possible visit to Taiwan, it’s not all that far-fetched. “China will act strongly to resolutely respond to [Pelosi’s visit] and take countermeasures,” a foreign ministry spokesperson warned. “We mean what we say.” Hu Xijin, a former editor of a Communist Party news outlet, appeared to threaten violence. “If the US can’t restrain her, let China restrain her & punish her,” he tweeted. “PLA Air Force will surely make her visit a disgrace to herself and to the US.”

The controversy—China regards Taiwan as a renegade province; were she to visit, Pelosi would be the most senior American lawmaker to set foot on the island in a quarter century, an implicit threat to Beijing’s claim—is a sign of just how tense relations between the U.S. and China have become, and of how the chances of war, which seemed remote only a short time ago, have become very real.

But most of all, the rancor reveals how badly Beijing needs a new strategy for Taiwan—and an entirely new foreign policy. Beijing’s hostile approach to the world may be meant to protect and promote the country’s national interests and global ambitions, but in many respects, it seems to be achieving exactly the opposite.

China’s leaders would probably not agree, and certainly not when it comes to Taiwan. They’ve considered unification with Taiwan a top national-policy priority ever since their mortal enemies, the Kuomintang, fled to the island in 1949 after losing the civil war for control of China and established a rival government. To them, Taiwan is an integral part of China. Though Beijing professes to favor “peaceful reunification,” as the Communists call it, the threat that war could break out has persistently loomed over East Asia.

Beijing, too, has always rankled at continued U.S. support for Taiwan. Though Washington upholds the “one-China policy” and does not formally recognize the Taipei government, it has maintained a friendship with Taiwan anyway, even shipping it arms, to the great chagrin of Beijing, which has accused the U.S. of meddling in China’s internal affairs and violating its sovereignty.

Those protests have become even louder under President Xi Jinping. A champion of nationalist causes, Xi has turned up the pressure on Taiwan. Over the past two years, Beijing has routinely sent squadrons of jets buzzing near Taiwan and held other military exercises close to the island, apparently aimed at intimidating the democratic government there. Other countries that show support for Taiwan are met with rabid hostility: After Lithuania allowed Taiwan to open a representative office in its capital in 2021, Beijing blocked imports from the Baltic country.

Thus the extreme reaction to the potential Pelosi visit.

It’s hard to tell which side is escalating matters. Members of Congress have journeyed to Taiwan before—as recently as April—without sparking fears of war. Beijing may be pushing back against what it sees as Washington’s attempts to salami-slice the status quo. But Pelosi is no ordinary representative, either. In Beijing’s eyes, her plan reinforces its fear that the U.S. is pulling Taiwan inexorably into the American orbit. Officially, Washington’s policy toward Taiwan has not changed. But inadvertently or otherwise, Washington has been dropping hints that it sees Taiwan as a core national interest. President Joe Biden included Taiwan in his Summit for Democracy last year, as if it were just another country. In May, when asked at a press conference if the U.S. would defend Taiwan from Chinese attack, Biden blurted out “yes,” apparently deviating from Washington’s standard policy of keeping America’s military commitment ambiguous. (His national security adviser, Jake Sullivan, recently told The Atlantic’s Jeffrey Goldberg that the comment was in line with the U.S. policy of “strategic ambiguity.”)

Beijing’s intimidation of the Taipei government has, however, heightened alarm in Washington and around the region that Xi is preparing to use force to claim the island. In response, the U.S. and its allies continue to risk Beijing’s ire to show support for Taiwan. Japan, for instance, allowed Taiwan’s vice president to attend the funeral of former Prime Minister Shinzo Abe earlier this month (officially as a private citizen).

The fact is, Xi has been frosty toward Taiwan for some time. In the past, Beijing and Taipei have been able to hold a dialogue, sometimes with fruitful results: In 2010, the two sides inked an economic-cooperation pact. But no serious talks have taken place since Taiwanese President Tsai Ing-wen took office six years ago. Xi appears to perceive the Tsai administration as especially threatening. She represents the Democratic Progressive Party, a political movement that is cold to Beijing’s notions on unification=. Tsai has personally deemed Xi’s calls for unification “impossible” and has launched programs to reduce Taiwan’s economic reliance on China while seeking closer ties to America. In a sense, she is just following the will of her citizens. The thought of unification with China holds little appeal in Taiwan, while its people grow more sympathetic to the idea of declaring formal independence—a step Beijing would find intolerable. In one recent survey in Taiwan, a mere 8 percent of respondents had a positive view of the mainland government.

Beijing’s fiery rhetoric and military harassment is not likely to woo them back into the fold. That’s typical of Xi’s entire foreign policy. China’s leaders, for instance, are worried about becoming ring-fenced by American allies, but their aggressive stance on territorial disputes, extensive military buildup, and warming friendship with Russia are making that outcome inevitable. Much attention has been paid to Finland and Sweden joining NATO in the months since Russia’s invasion of Ukraine, but what was widely noticed in Asia was that the leaders of Japan, South Korea, Australia, and New Zealand attended a NATO summit last month. China has “become more assertive and more willing to challenge international rules and norms,” New Zealand Prime Minister Jacinda Ardern warned, adding that “we must respond to the actions we see.” India, long wary of allying with Washington, is becoming more engaged in the Quad, a security partnership with Australia, Japan, and the United States that is developing into an anti-China coalition.

No change in Xi’s approach is on the horizon, however. Beijing apparently has come to believe it can compel neighbors and adversaries to submit to its wishes and align their policies with China’s interests. At the moment, that’s contributing to a standoff over Pelosi’s proposed visit. Though it’s unlikely China’s leaders actually want war, their stern warnings almost force them into some especially belligerent response, leaving open the threat of unintended consequences. In the mid-1990s, after Washington infuriated Beijing by allowing Taiwan’s then-president to travel to the U.S., the Chinese staged military exercises and shot missiles into the seas near Taiwan as a sign of what might come next time. A Pelosi visit might demand a similar response, or something even more threatening.

Her proposed visit and China’s reaction are painting all parties in uncomfortable corners. If Beijing allows Pelosi to visit Taiwan without a response, China’s leadership will look helpless and humiliated. If Pelosi cancels or postpones, the Biden administration will look as if it was bullied by Chinese threats. Even Taiwan, usually eager for international support, will have to calculate if hosting Pelosi is worth the risks.

All of this melodrama could be avoided if Beijing aimed to win hearts and minds instead of scaring them. If the country took a more practical approach to Taiwan that realistically accounted for the island’s growing political and economic importance, it could ease fears both in Taiwan and around the region. Even if Xi believes his tough line is responding to U.S. provocations, his saber-rattling is a choice. He has others—such as constructive dialogue—that may better serve his ultimate goals and long-term interests. Until then, Xi will find that he is creating crises instead of resolving them.