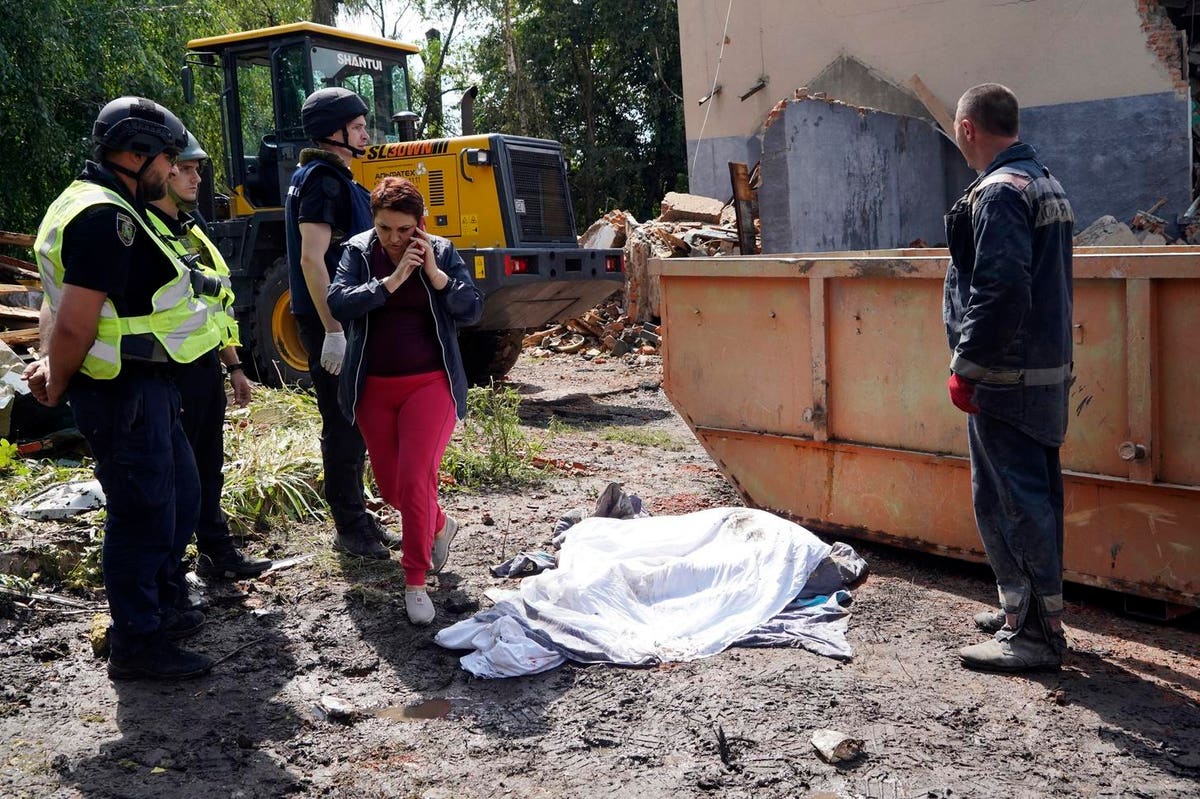 As Russia’s invasion of Ukraine continues and the war rages on, reliable sources of information are critical. Forbes Ukraine’s reporters gather information and provide updates on the situation.

Bakhmut. Russian shelling in the town of Bakhmut has resulted in the destruction of a hotel building, which led to at least one civilian death and four injuries, according to the SES of Ukraine, Rescuers continue to search for more potential casualties under the rubble.

Kharkiv. A Russian rocket strike on the city of Kharkiv has led to the hospitalization of six people, Kharkiv mayor Ihor Terekhov reported. According to Terekhov, the attack was conducted using S-300 missiles, which, while capable of being used as cruise missiles, are primarily created to fulfill anti-aircraft functions. The increasing tendency of Russian forces to use anti-aircraft and anti-ship missiles to strike ground targets has led some experts to speculate that Russia could be running low on its cruise missile stocks.

Chuhuiv, Kharkiv region. A body of an 83-year old woman was found under the rubble of a community center destroyed by a missile attack in Chuhuiv, according to Kharkiv region administration. In addition, two more people —a 30-year-old woman and a 36-year-old man — were killed. At the time of the attack, people were in the cellar that they used as a bomb shelter.

Turkish Defense Minister Hulusi Akar has unveiled a joint coordination center (JCC) in Istanbul to oversee the export of Ukrainian grain, with the first grain shipment expected to depart from Black Sea ports within days.

While all the signatories of the deal between Ukraine, Russia, Turkey and the U.N. have signified they intend to follow through with their obligations, a possible hurdle in the way of resuming grain exports could be finding enough seafarers willing to risk their safety in order to facilitate ship movement, as despite signatories all promising to ensure the security of the trade routes, safety is far from guaranteed.

According to a survey conducted by the Kyiv-based Kyiv International Institute of Sociology (KIIS), Ukrainians remain unwilling to allow territorial compromises in exchange for an end to the war. The survey shows that as many as 84% of the people surveyed have categorically rejected territorial concessions under any circumstances, with those numbers relatively stable compared to last month’s survey, despite the war threatening to put Ukraine’s economy in jeopardy. Only 10% of respondents said they would be fine with territorial concessions that bring a quick end to the war, with positive answers being more common among Ukrainans from the eastern and southern parts of the country, which bear the brunt of Russia’s offensive.

The Group of Seven aim to have a price-capping mechanism on Russian oil exports in place by Dec. 5, when European Union sanctions banning seaborne imports of Russian crude come into force, a senior G7 official said on Wednesday. The G7 want the price of Russian crude to be set by members of the buyers’ cartel at a level above Russian production costs, so as to provide an incentive for the Kremlin to keep pumping, but far below the current high market prices.

Ukraine’s parliament, the Verkhovna Rada, has approved the appointment of People’s Deputy of Ukraine Andriy Kostyn as the country’s new Prosecutor General, after Iryna Venediktova was fired from the job for failing to expel potential Russian assets among her subordinates. Kostyn’s appointment comes as the next move in President Volodymyr Zelenskyy’s crusade to reshuffle the Ukrainian government, which has been interpreted by many as both an attempt to remove potential Russian assets, as well as a way to fill some seats with people loyal to Zelenskyy himself.