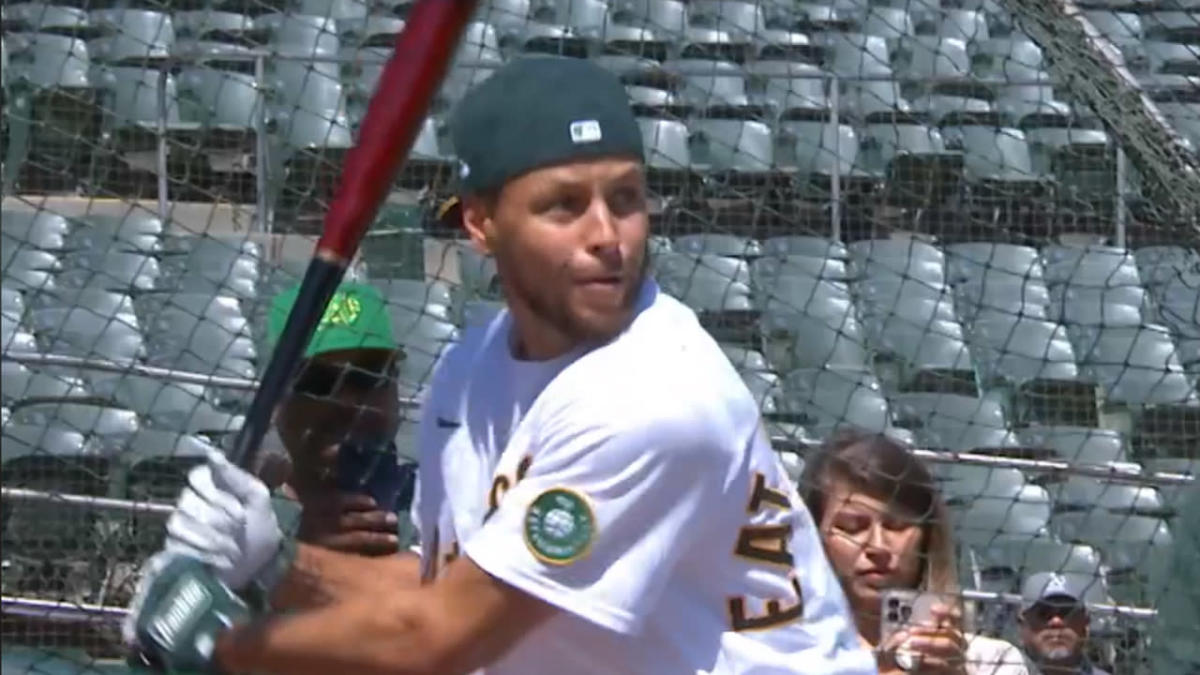 Is there anything Steph Curry can’t do?

From winning his fourth NBA championship — and his first Finals MVP — to sinking a 97-yard shot on the golf course, to creating a worldwide celebration to hosting the ESPY’s, the Warriors star is on a roll this summer and it seems like he can do all things.

You can add having a serviceable baseball swing to that list. Prior to the series finale between the Houston Astros and Athletics on Wednesday at the Oakland Coliseum, Steph took the time to hop into the cage and show off his swing.

By all accounts, Steph’s swing wasn’t bad: he was relaxed, kept his head focused on the ball and was able to generate a little bit of power.

Baker won his 2,000th game on May 3rd against the Seattle Mariners, becoming the 12th manager in MLB history to accomplish the feat, and the only Black manager to do so. He’s also the only manager in major league history to lead five different teams to the postseason.

Lastly, the Astros players couldn’t help but bask in what they were seeing, getting photos with the two-time NBA MVP as he finished up his hacks.

RELATED: Celtics’ Williams claps back at Steph for ESPYs diss

In all, it looks like Curry’s having a blast this summer. After leading the Warriors to the promised land and getting the respect he rightfully deserves, he’s earned it.