NEW research on great white sharks off the coast of South Africa suggests that the apex predators can change their color to hunt their prey better.

Gibbs Kuguru, a shark scientist and PhD student at Wageningen University and Research in the Netherlands studied the creature’s skin.

“I began my research on the skin of sharks when I heard about some sharks in the Maldives that had developed a very peculiar skin deformity called leucism,” said Kuguru.

Leucism is a skin condition that can cause a loss of pigmentation.

“The presence of leucism raised many questions that led me to investigate the causes of the deformity, which taught me a lot about the make-ups of shark skin and the different adaptations they may have,” he said.

While working at a cage diving company with great white sharks, Kuguru said he would often hear people noticing the sharks changing color. 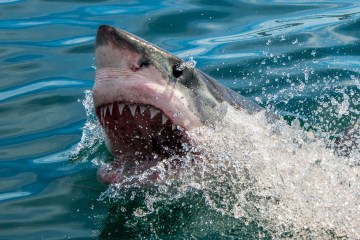 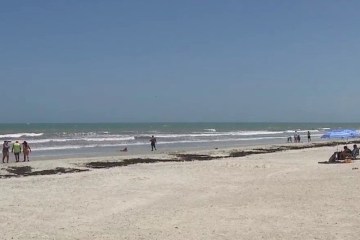 “Every time it happened, I questioned whether or not it was real or if our eyes were playing tricks on us,” he said, prompting him and his mentor to put it to the test.

Kuguru and his mentor, Ryan Johnson went to a shark hotspot off the coast of South Africa to conduct their experiments.

They created a grayscale color board to float in the water behind a boat and baited the sharks with a decoy food source.

Kuguru and Johnson photographed the sharks against the color board as they breached the surface.

“The color board was a game changer when it came to observing differences in the shade of the animal,” said Kuguru.

The pair also received tissue samples from the sharks and rushed back to the lab in order to get confirmation on their color-changing theory.

Johnson and Kuguru treated the shark skin with hormones that their skin cells would be sensitive to.

“Interestingly, we not only found that the skin reacted to the hormones, but they did so in a strikingly, definitive way,” said Kuguru.

The experiment doesn’t fully prove whether great white sharks have the ability to camouflage themselves but it opens the door for more experiments in the future.