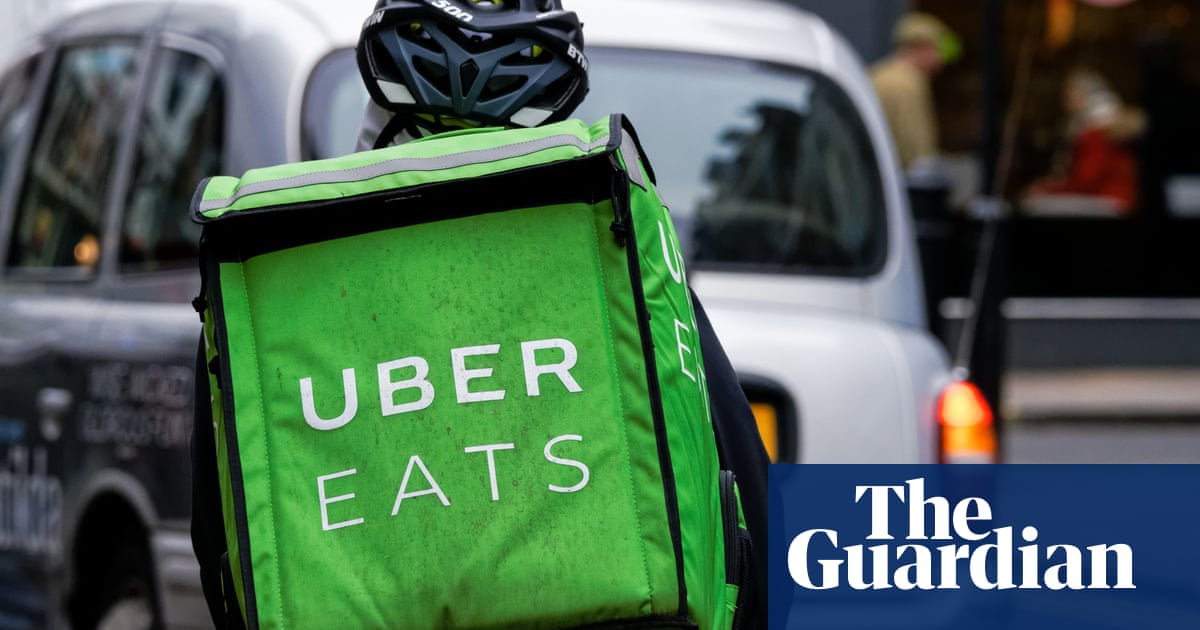 A delivery driver who is suing Uber Eats in London over his dismissal from the company and claims its facial recognition technology is racially biased says the company treats couriers as “numbers rather than humans”.

Pa Edrissa Manjang worked for Uber Eats between November 2019 and April 2021 while employed full-time as a financial assistant.

When Manjang first began working for the company he was not regularly asked to send in pictures of himself for verification purposes. However, these facial verification checks became more frequent.

Manjang was eventually dismissed from the company by email, when it claimed there were “continued mismatches” between the pictures he took to register for a shift and the one on his Uber work profile.

When Manjang suggested Uber ask a human being to review the photos, he was told that after “careful consideration” his account was being deactivated.

Speaking of his time working for Uber, Manjang said the experience “wasn’t good”. He said: “Anyone can tell you that working for the company isn’t good. They don’t respect or value the people they work with.

“They don’t value us. I know that a company exists to make profits, but [Uber] proceeds in an aggressive manner. So, as a result, for the people that work for them, we are just numbers.”

Manjang’s claim, supported by the App Drivers and Couriers Union (ADCU), is that he was dismissed on the back of racially biased facial recognition technology and, while working for Uber Eats, was targeted for heightened and excessive facial recognition verification checks that amounted to racial harassment.

On Wednesday, the east London employment tribunal refused Uber’s application to have a discrimination claim struck out. In the ruling, the judge said: “At the point of presentation there was a lack of clarity about what the processes were that had led to the deactivation. These were only brought to light in the grounds of resistance.”

Manjang says that although bringing legal action against the company has not been easy, he is hopeful he will win his claim. He said: “[The legal action] has been time-consuming and sometimes stressful. I’m lucky that my union is supporting me, but even then it has been difficult.

Aslam added: “Despite these proceedings and a separate lawful data-access request, Uber has failed to come clean about the basic facts about why Pa Edrissa Manjang was dismissed before Uber surreptitiously reinstated him after the case was filed.

“Uber has proven to be irresponsible in the use of sensitive technology known to have inherent racial bias because not only was Pa misidentified by the technology but he was profiled for heightened and excessive checks because of his ethnicity. This is immoral and unacceptable.”

Facial recognition software has been proved to be controversial due to the possibility of leading to bias. Microsoft recently announced it would stop using some of its facial recognition AI tools.