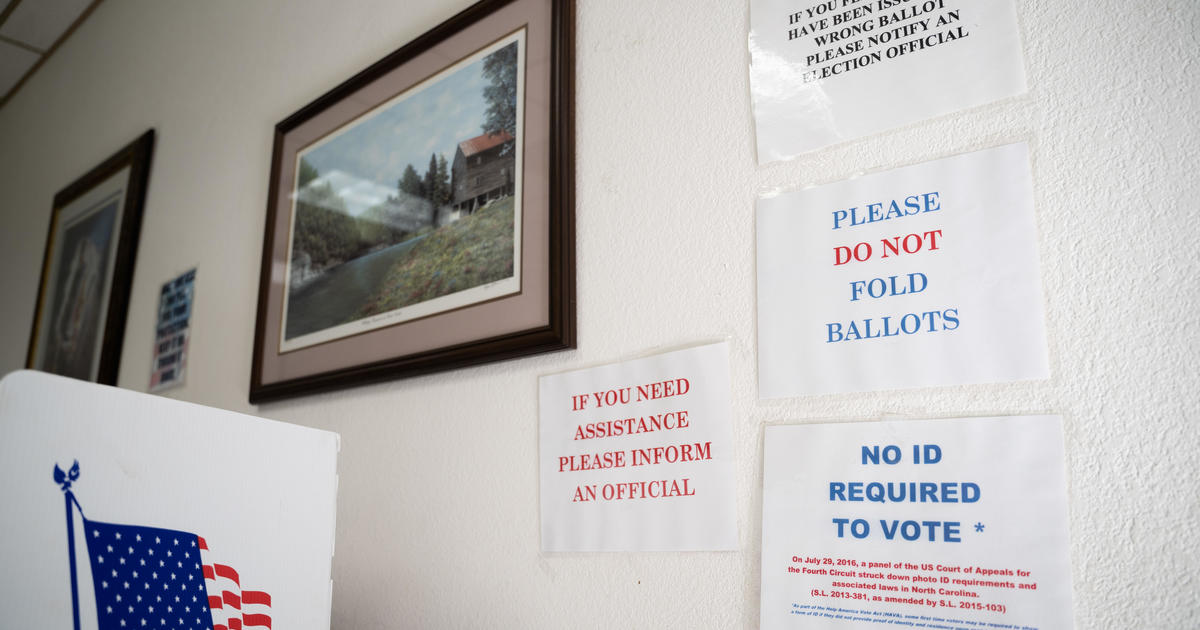 Raleigh, North Carolina — Tens of thousands of people serving punishments for felony convictions in North Carolina but who aren’t behind bars can now register to vote and cast ballots following an appeals court ruling.

Expanding the scope of those able to register and vote began on Wednesday, the State Board of Elections said — the day after local elections were held in more than a dozen localities.

The change proceeds from litigation challenging a 1973 law that prevents someone convicted of a felony from having voting rights restored while they are still on probation, parole or post-release supervision.

A panel of trial judges struck down the law in March, declaring it violates the state constitution largely because it discriminates against Black residents.

The state Supreme Court agreed in May to hear an appeal of that decision, and the case remains pending.

But the justices didn’t touch a Court of Appeals ruling that prevented registration requests from the felons who weren’t in prison or jail from being fulfilled only through Tuesday. So these applicants — for now and unless the Supreme Court reverses the trial court ruling — will be able to vote, starting with the November general election.

More than 56,000 people in North Carolina were prevented from registering under the challenged law, according to evidence cited in a 2021 trial. There are more than 7.3 million registered voters in North Carolina.

Voting rights advocates scheduled an event for downtown Raleigh late Wednesday to draw attention to the changes and begin reaching out to help these offenders register. Speakers include the Rev. William Barber of Goldsboro, a co-chair of the national Poor People’s Campaign and representative of groups that initially challenged the law in 2019.