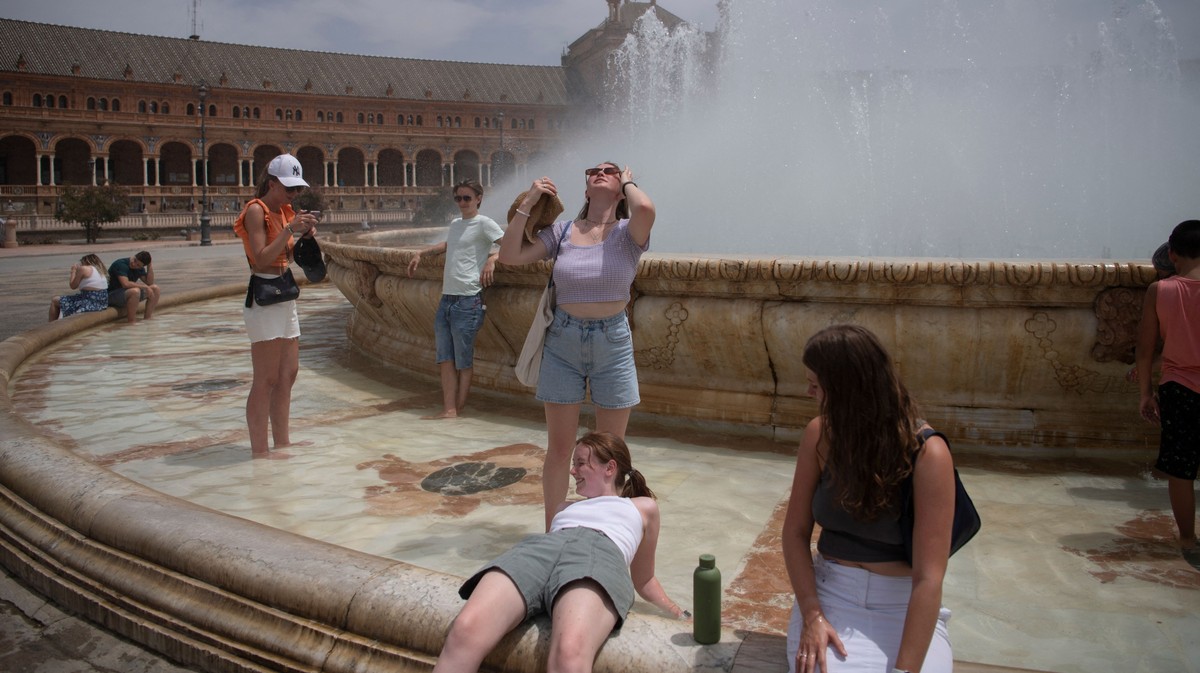 Severe heat waves have become so common that they are now being named. “Zoe,” the world’s first named heat wave, touched down in Seville, Spain this week, pushing past 110 degrees Fahrenheit.

Last month, the mayor of Seville announced a new heat wave ranking system for the city, which would name and rank heat waves similarly to hurricanes. The heat waves are named in reverse alphabetical order; after Zoe will be Yago, Xenia, Wenceslao, and Vega. The new system categorizes heat waves according to five levels: very high risk, high risk, medium impact, medium-low impact, and low impact. Each risk level comes with a distinct set of precautions and preventative measures that are issued to citizens.

Spain has been facing extreme temperatures for much of the summer so far. As an unprecedented heat wave moves through Europe, there have been dire consequences. According to Spain’s Carlos III Health Institute, there were 1,047 heat wave related deaths in the country between July 10 and 19.

The heat wave ranking project, called proMETEO Seville, hopes to warn people of the dangers of heat waves. According to its website, the project has two objectives: “raise public awareness of the importance of heat waves and promote the implementation of resilience measures against high temperatures.”

Though there is no official temperature that defines a heat wave, countries use the term to define a period of unprecedented high temperatures compared to local averages.

“Naming and categorizing heat waves will go a long way towards giving people and municipalities a fighting chance against heat, building a culture of awareness and saving lives,” Kathy Baughman McLeod, the director of the US-based think tank that helped design Seville’s system, said.

As climate change causes heat waves to be longer, hotter, and more frequent across the world, McLeod hopes “this pilot will serve as a model for other leaders and governments to follow. People do not have to die from heat.”

Currently in the US, excessive heat is the number one weather-related cause of deaths, over tornadoes, flooding, and hurricanes. The National Weather Service currently uses a HeatRisk system to forecast dangerous temperatures for the West Coast, identifying four risk levels of heat in eleven states; however, it still has not implemented a naming system. California, which is considering naming heat waves after it experienced the hottest summer in history last year, would be the first state in the US to do so. Greece, which is likewise facing repeated heat waves and devastating wildfires, is also considering naming their heatwaves.

ProMETEO Seville deemed Zoe very high risk at its peak on Sunday. It also listed a series of recommendations on their website, including that citizens check on their vulnerable populations, reduce normal levels of physical activities, increase fluid intake, wear light-colored clothing, close the blinds during the day, and use sun protection.

The naming of heat waves is a dire wake up call to their growing regularity and the role of global warming in exacerbating such extreme temperatures.