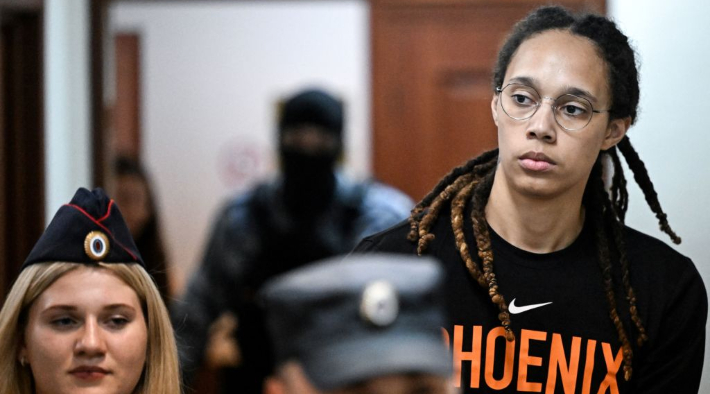 Brittney Griner has been detained in Russia since February, as the WNBA star was arrested for having hashish oil cartridges in her luggage after flying into Moscow, facing a prison sentence of up to 10 years.

Griner has plead guilty to the charges but has told the Russian court she brought the cartridges unintentionally, which is the start of the process to getting her trial over and sentencing done. Russia will not release her back to the United States in any sort of diplomatic arrangement until then, but the dialogue about how to get her back has escalated to a “substantial offer” being made from the Biden administration in recent weeks.

According to CNN, the administration signed off on an offer to send Viktor Bout, a Russian arms trafficker serving a 25-year sentence, back to Russia in exchange for Griner and Paul Whelan, who has been in Russian custody since 2018 on charges of espionage and, like Griner, is considered “wrongfully detained” by the U.S. government.

“We communicated a substantial offer that we believe could be successful based on a history of conversations with the Russians,” a senior administration official told CNN Wednesday. “We communicated that a number of weeks ago, in June.”

The official declined to comment on the specifics of the “substantial offer.” They said it was in Russia’s “court to be responsive to it, yet at the same time that does not leave us passive, as we continue to communicate the offer at very senior levels.”

It remains to be seen if that will be enough to secure Griner and Whelan’s release from Russia — which again cannot happen until Griner’s trial is completed — but it’s an encouraging step for the public (and Griner) to hear, as there has been a steady push from the WNBA, basketball fans, and beyond to do more to secure her release. This is the most substantial step yet, and the hope is that Russia will agree to the swap and Griner and Whelan will be able to return to U.S. soil sooner than later.