NINE people including a 12-year-old girl have been shot after a haunting night of New York City gun violence.

Seven people were wounded and one killed within an hour on Monday including the young girl and a 16-year-old boy who were targeted while they played basketball, police said.

The two victims were playing at a court by Bronx Regional High School around 11.30pm Monday night when a car drove by.

A man inside the vehicle yelled at them and waved a gun before shooting several times.

The girl was struck in the left arm and suffered a graze wound to her torso while the boy had a bullet lodged in his jaw.

Both were taken to Harlem Hospital in stable condition. 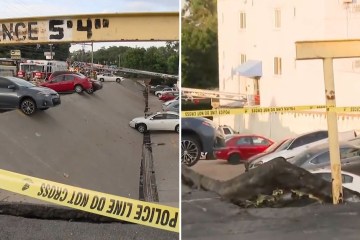 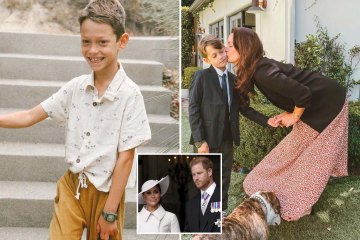 “I only heard one shot, and my chin started hurting, and I started bleeding from my house and my nose… I was bleeding a lot,” the teen victim Denzel Gamboa told the New York Post.

Gamboa said the bullet traveled through his chin toward his eye sockets where it remains lodged.

Police have not identified a motive at this time.

About 20 minutes before two other men, 22 and 27, were shot in the leg in Crown Heights, police said.

The two were uncooperative with officials and just reported hearing shots and feeling pain, the Post said.

Another two men were attending a vigil around 11pm on Clinton Street in Red Hook when they said they heard gunfire and felt pain, cops said.

A 30-year-old man was also shot in the leg on Summit Avenue near West 164th Street in the Bronx around 10.30pm, police said.

He was transferred to Lincoln Medical Center where investigators say he was uncooperative.

One person was killed around 9.15pm while riding a moped on Home Street near Prospect Avenue, cops said.

Shawn Pressley, 28, was shot in the back of the head and then rushed to Lincoln Medical Center where he was pronounced dead, police said.

This comes weeks after Pressley was arrested in connection with a shooting that wounded a 22-year-old man, the Post reported.

The deceased man was charged with attempted murder and criminal possession of a weapon.

The circumstances surrounding his release are not known.

Another shooting occurred in Bedford-Stuyvesant just before 6pm when a man, 23, reported hearing gunfire and feeling pain.

The victim was shot in the leg and was transferred to the Kings County Hospital Center with non-life-threatening injuries.