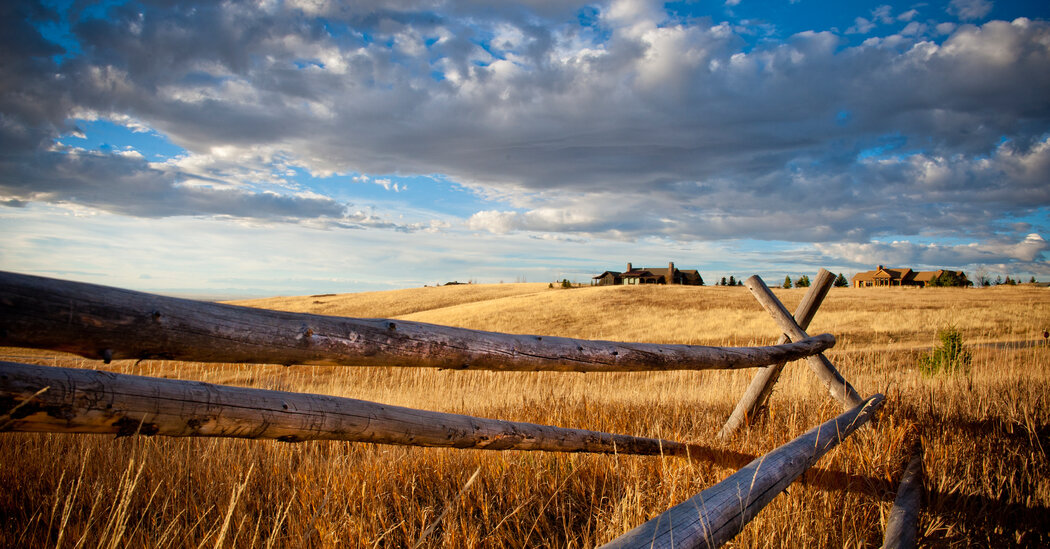 That’s because growth in these places doesn’t feel like some kind of upwardly mobile Laura Ingalls-type westward migration; it feels as if an alien starship had beamed little chunks of coastal supergentrification down into the West. The median single-family home price in Bozeman costs around $900,000; the main street in a place like Sandpoint, Idaho, is a festival of liberal haute-bourgeois taste with Western flourishes. At least where I encountered it, the growing diaspora in the Mountain West isn’t bringing the mountains to the middle-class masses; it’s red-state colonization by the blue-state rich.

Not that there’s anything wrong with coastal rich people (perish the thought!). But in any city or region, whether it’s Whitefish, Mont., or Washington, D.C., the case for development and pro-growth zoning, for a yes-in-my-backyard spirit, depends, to a large extent, on the benefits to potential newcomers and migrants. That always makes YIMBYism a relatively hard sell to incumbents — and when all the newcomers seem privileged, when they make developers rich but start pricing normal people out, when they make your relatively egalitarian state a case study in zooming inequality, you can see why a politics of preservation would be as popular as a hit like “Yellowstone.”

But the problem is that preservationism in this context is likely to be self-defeating. If the rich really like your state or region, the rich will always find a way to come. What zoning limits and housing regulations really affect is whether anyone except the rich can afford your state’s nicest precincts. If they can’t, then the attractiveness of purple-mountain-majesty to coastal elites will just recreate coastal inequalities and fuel working-class resentments, in a dynamic that’s already visible in the Mountain States wherever the posh colonies give way to the alienation of Trump country.

If you look at zoning rules in Montana’s most attractive cities, they point to this kind of Western future. For instance: According to the Frontier Institute, a Montana-based libertarian think tank, a city like Missoula, which is still more middle class and affordable than Bozeman, has exclusionary zoning — restrictions on town homes and multifamily units, minimum lot requirements — that make it difficult for young families and working-class newcomers to get a foothold in the city. That suggests that Missoula’s relative middle-class-ness won’t last: If I were a Silicon Valley or Seattle exile, I would already be looking there rather than Bozeman. If I were a property speculator, I’d be buying there right now. And if I didn’t have much money to spend, I’d be drifting into the hinterlands or looking in a different state.

Part of the appeal of the Dutton family drama is the knowledge that the “Yellowstone” patriarch can’t ultimately win — that you’re watching and appreciating something familiar in Western lore, the doomed last stand. But in reality, when regions are experiencing growth they can’t and shouldn’t stop, they still have important choices to make: not whether change and new inhabitants will come but in what form, with what consequences for the society that takes shape next.

More Americans should live in the West, and more Americans assuredly will. The question for mountain-state incumbents — the real ones, not the Costner facsimile — is whether that more will include everybody or whether their glorious share of the American inheritance will pass on mostly to the rich.