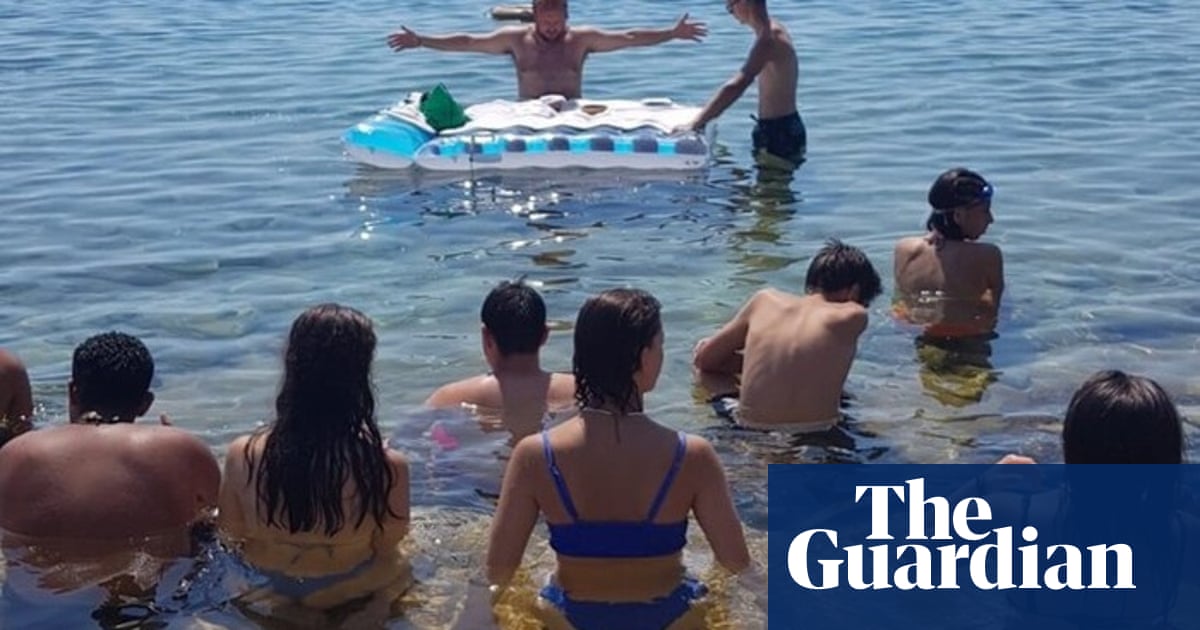 A priest who celebrated mass in the sea using an inflatable mattress as an altar has been placed under investigation by Italian authorities.

Father Mattia Bernasconi, 36, from the archdiocese of Milan, said he had planned to hold Sunday’s ceremony among the trees by the beach in Crotone, southern Italy, after he had been helping with a week-long summer camp for high school students organised by Libera, an anti-mafia organisation.

However, having failed to find shade from the searing heat, Bernasconi said a nearby family offered the use of the inflatable mattress and the priest took to the water, conducting the service with everyone – himself included – in swimsuits.

After photos went viral this week, the local Catholic archdiocese called for “liturgical decorum and respect”.

“In some special cases, during retreats, school camps, in vacation spots, it is possible to celebrate mass outside a church,” the archdiocese of Crotone-Santa Severina said in a statement. “But it is always necessary to make contact with the ecclesial leaders where one is, in order to advise each other on the most appropriate way to carry out such a eucharistic celebration.”

In an interview with the Italian national newspaper la Repubblica, Giuseppe Capoccia, the chief prosecutor of the city of Crotone, said the priest was being investigated for “offence to a religious confession”.

Bernasconi defended his actions on Wednesday, while apologising for any offence, saying his behaviour was “perhaps imprudent”, adding he would not do it again.

“It was absolutely not my intention to trivialise the eucharist … it was simply the mass at the end of a week of work,” he said. “But the symbols are strong, it is true, and they speak, sometimes in a different way than we would like. It was naive of me not to give them due weight.”