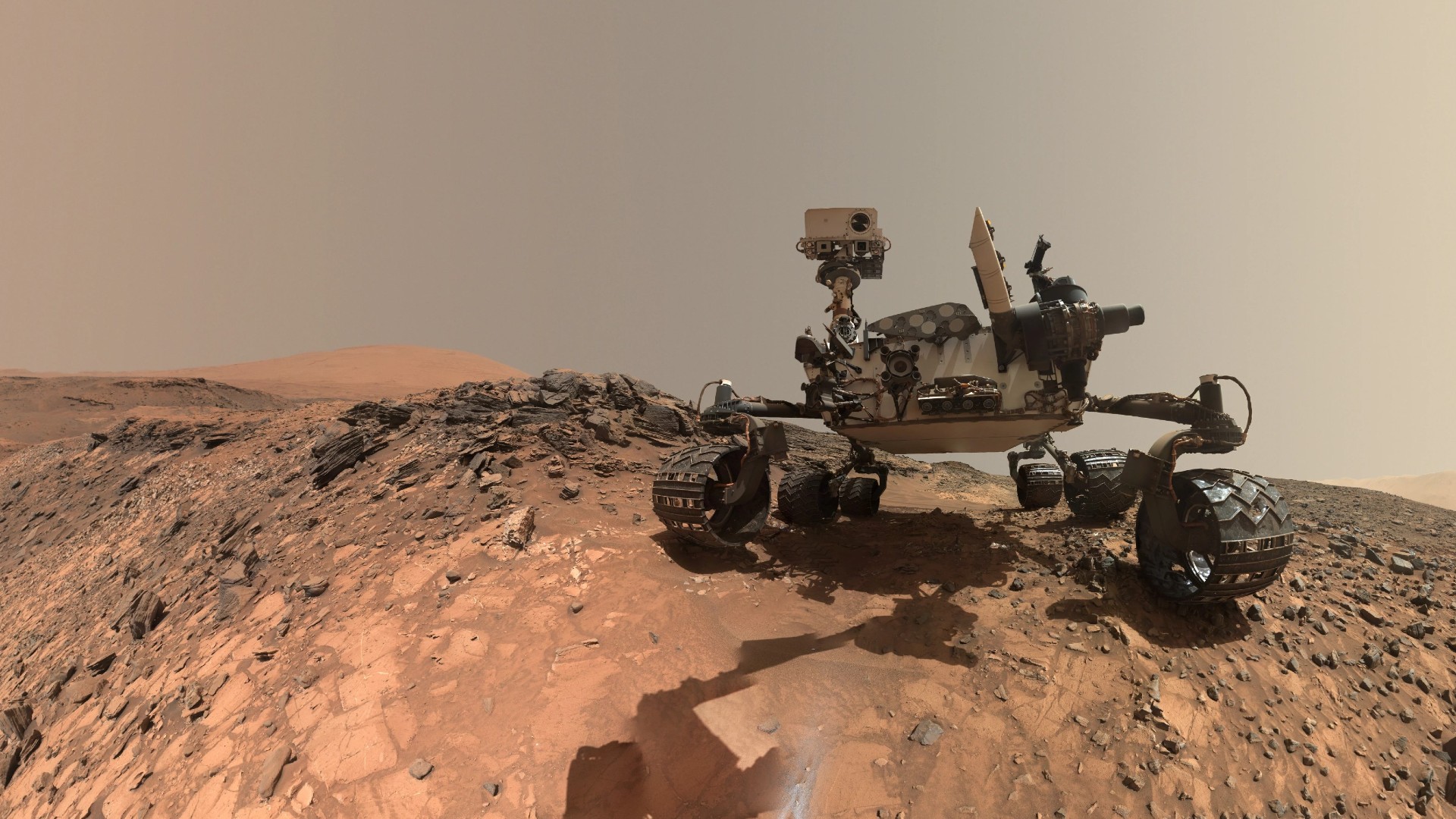 The mysterious discovery of a concentrated chunk of rare mineral quartz in the Gale Crater region of Mars by the Curiosity rover in 2016 has finally been explained by researchers.

A team of planetary scientists from Rice University, NASA’s Johnson Space Center, and the California Institute of Technology (CalTech) believe that the concentrated chunk of tridymite was spewed into the Gale Crater  by a volcano when it was still filled with water as long as 1 billion years ago.

The new scenario suggests the Red Planet has a more interesting and complex volcanic history than previously believed.

Tridymite, which is extremely rare on Earth, is a type of quartz  —  a form of silica  —  generated under extreme temperatures and low pressures, and just how it arrived in an ancient lake bed has troubled researchers for years.

“The discovery of tridymite in a mudstone in Gale Crater is one of the most surprising observations that the Curiosity rover has made in 10 years of exploring Mars,” Rice University professor and team member Kirsten Siebach, said in a statement (opens in new tab). “Tridymite is usually associated with quartz-forming, explosive, evolved volcanic systems on Earth, but we found it in the bottom of an ancient lake on Mars, where most of the volcanoes are very primitive.”

To solve this mystery, Siebach and her colleagues looked at data concerning tridymite formation on Earth. They also considered models of volcanism on the Red Planet, its volcanic materials, as well as sedimentary evidence collected from the Gale Crater   where the Curiosity rover touched down in August 2012.

This allowed them to devise a new scenario that suggests that Martian magma had sat for longer than usual in a chamber below a volcano. This allowed it to at least partially cool  —  a process called fractional crystallization (opens in new tab)  —  and boosted the magma’s silicon concentration.

A massive eruption then spewed ash containing this extra silicon in the form of tridymite to the lake that would eventually become the Gale crater, as well as its surrounding rivers. This volcanic ash was then broken down by the water in the ancient lake which also helped to sort the minerals the ash contained.

This would have concentrated the tridymite making consistent with the 2016 Curiosity discovery. The scenario put forward by the researchers would also help explain other aspects of the sample such as its opaline silicates and its reduced concentrations of aluminum oxide.

“It’s actually a straightforward evolution of other volcanic rocks we found in the crater,” Siebach said. “We argue that because we only saw this mineral once, and it was highly concentrated in a single layer, the volcano probably erupted at the same time the lake was there. Although the specific sample we analyzed was not exclusively volcanic ash, it was ash that had been weathered and sorted by water.”

The findings also have wider implications for the geological history of Mars. It means that the Red Planet must have undergone extreme and explosive volcanism over 3 billion years ago. This would have been at a time when Mars was changing from a wet and warm world to the dry and barren planet we are familiar with today.

“There’s ample evidence of basaltic volcanic eruptions on Mars, but this is a more evolved chemistry,” Siebach concluded. “This work suggests that Mars may have a more complex and intriguing volcanic history than we would have imagined before Curiosity.”

The team’s findings were published in the journal Earth and Planetary Science Letters. (opens in new tab)