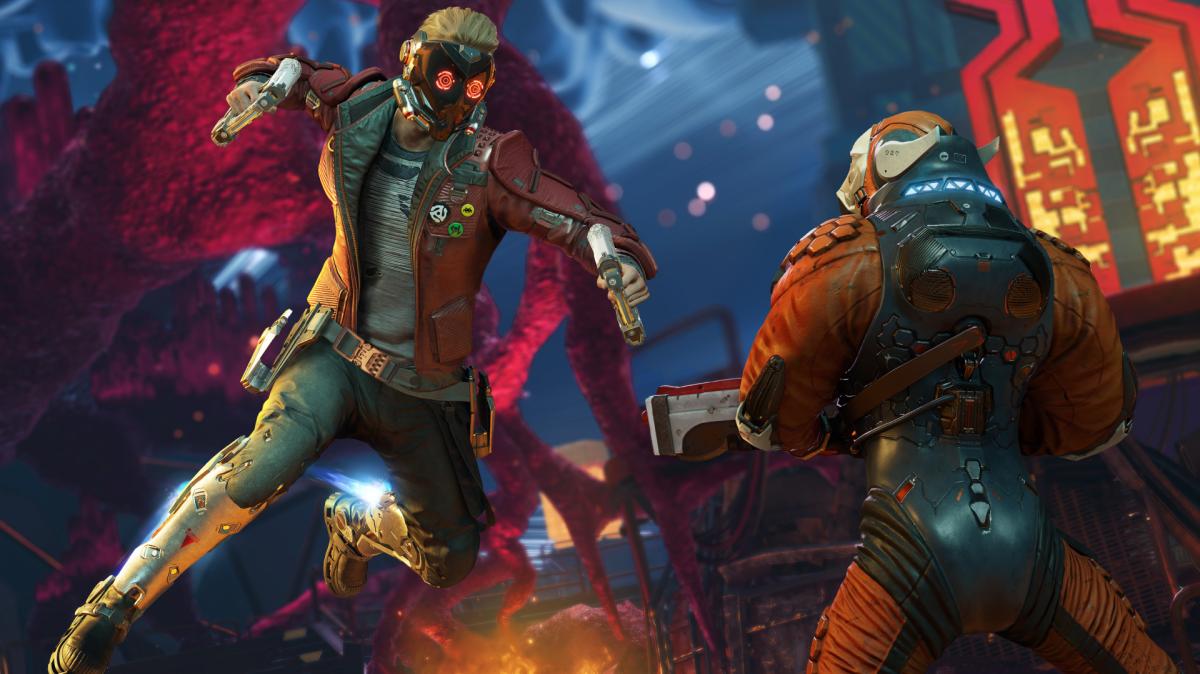 Eidos Montreal’s founder has described the decline of Square Enix’s (opens in new tab) Western studios as a “train-wreck in slow motion”.

In an interview with GamesIndustry.biz (opens in new tab), Stephane D’Astous criticised Square Enix’s dismissive approach toward Eidos Montreal (opens in new tab), as well as other Western studios like Crystal Dynamics, and speculated that its recent sale to Embracer Group was due to a purported acquisition of Square Enix by Sony.

D’Astous, who founded Eidos Montreal in 2007 and departed in 2013, described how he was initially hopeful that Square Enix would revitalise Eidos when they acquired the company two years after the founding of Montreal:

“I always felt that the way to sell games that Eidos used were so traditional and conventional. That it wasn’t innovative. And it was always underselling the quality of the games,” D’Astous said of the now-defunct publisher, whose roster at the time included series like Deus Ex, Hitman, and Tomb Raider. “I hoped when Square Enix purchased Eidos in 2009 that that would change things.”

But D’Astous’ hopes quickly turned sour as Square Enix proved to have unrealistic expectations for the games Montreal and Eidos’ other Western studios made. “In their annual fiscal reports, Japan always added one or two phrases saying ‘We were disappointed with certain games. They didn’t reach expectations.’ And they did that strictly for certain games that were done outside of Japan”.

D’Astous also believed that Square Enix’s pivot from Eidos’ legacy franchises to making superhero games (opens in new tab)—including signing a multi-project deal with Marvel in 2013 – was short-sighted. “Maybe at the time [the deal was signed] the superhero thing was a big thing. It still is, but there is some fatigue with superheroes. And especially in games—very few manage to be successful with superheroes.” He added “Maybe it was the easy way out. They might have thought that selling a superhero game is easier than a conventional game.”

“If I read between the lines, Square Enix Japan was not as committed as we hoped initially. And there are rumours, obviously that with all these activities of mergers and acquisitions, that Sony would really like to have Square Enix within their wheelhouse,” he says. “I heard rumours that Sony said they’re really interested in Square Enix Toyko, but not the rest.” This, according D’Astous, would explain why Square Enix’s Western studios were sold to Embracer group (opens in new tab) for a remarkably low price of $300 million.

It’s worth emphasising that D’Astous has not been directly involved with Eidos Montreal for the best part of a decade. Nonetheless, his internal experiences with Square Enix certainly seem to track with the company’s general attitude toward its Western Studios in more recent years. The full interview is also worth a read for D’Astous’ insight into the development of certain games, particularly 2014’s troubled reboot of Thief (opens in new tab), which D’Astous says “remains one of my favourite projects.”