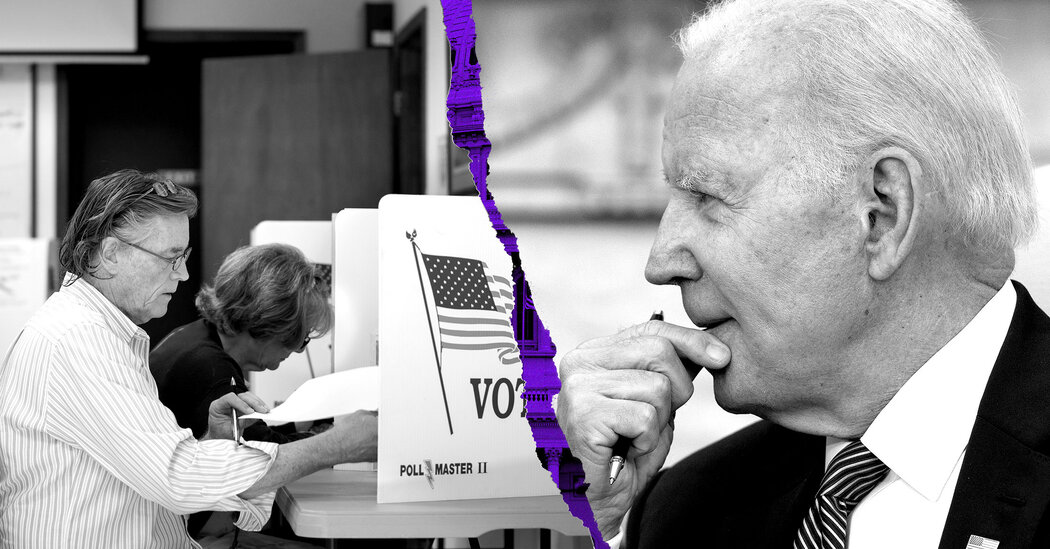 Mainstream Democrats have historically treated abortion as a divisive issue best left on the periphery of their campaign strategy. (Biden himself did not utter the word “abortion” until more than a year into his presidency.) But this election season, some Democrats are actively campaigning on the issue, wagering that the Supreme Court’s abrogation of the constitutional right to abortion could prompt a backlash from voters. In Georgia, for example, Stacey Abrams, the state’s Democratic nominee for governor, has started making direct appeals to swing voters and portraying her opponent, the incumbent governor, Brian Kemp, as the mind behind one of the nation’s most extreme abortion laws, which bans abortion after the sixth week of pregnancy.

Similarly, Senator Maggie Hassan, a Democrat who is up for re-election in “notoriously swingy” New Hampshire, has leaned into the issue. “I will fight and never back down,” she said in a June television ad raising the possibility of a national abortion ban. “Protecting our personal freedoms isn’t just what’s right for New Hampshire. It’s what makes us New Hampshire.”

Whether this strategy will end up redounding to the Democrats’ benefit remains an open question. Since the court overruled Roe v. Wade, most polls have shown approximately a three-point shift in the Democrats’ direction on the generic ballot, which asks whether voters would prefer Democrats or Republicans to control Congress, compared with surveys by the same pollsters before the decision came down.

But some are skeptical that the shift will endure through November or prove significant enough to turn the electoral tide. “Does it have an effect? Absolutely,” Chuck Rocha, a Democratic strategist, told The Times. “Does it fundamentally change the landscape? No. Not in an off-year election, when your president’s approval rating is below 40 percent and gas is $5 a gallon.”

Inflation: According to the Times/Siena College poll, 78 percent of voters say inflation will be “extremely important” when they head to the polls. “It’s a very negative thing politically for the Democrats,” said Jason Furman, an economist at Harvard University and a former economic adviser for the Obama administration. “My guess is that the negative views about inflation are so deeply baked in that nothing can change in the next few months to change them.”

Unless, of course, they get worse: Republicans are seizing on fears of rising prices in campaign ads, which economists warn could push prices even higher by entrenching inflationary expectations.