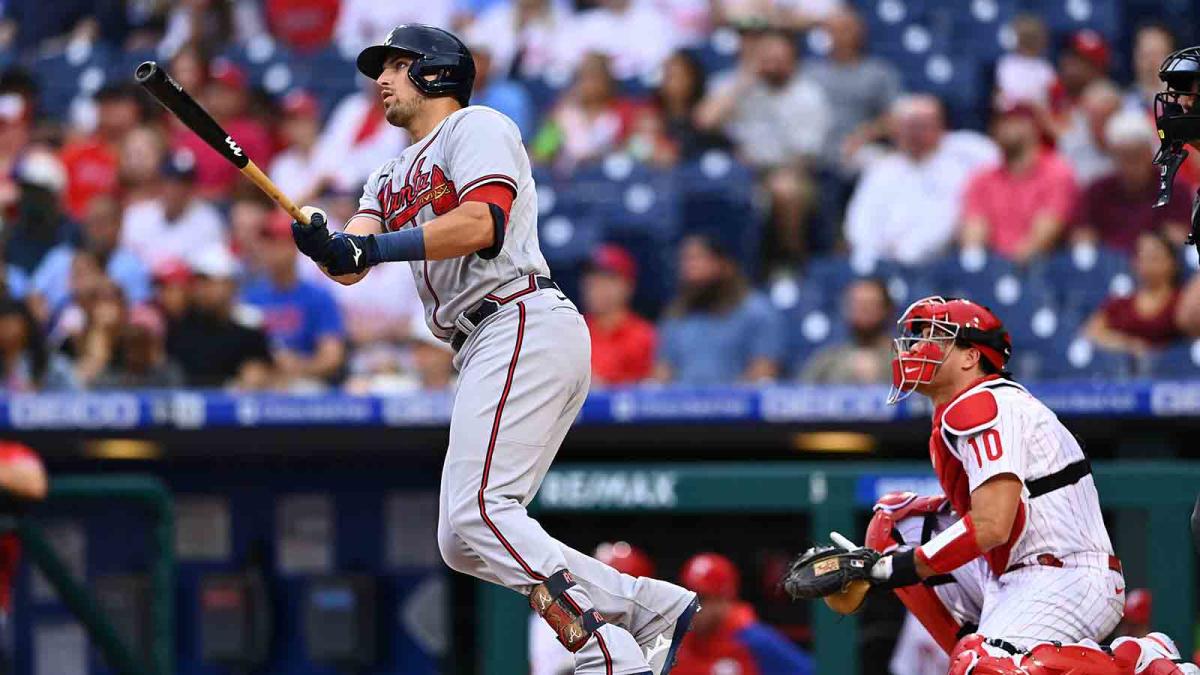 Seasons come and go. The names change. But one thing remains consistent for the Atlanta Braves: They put a competitive team on the field year after year because they are masters at drafting and developing difference-making talent.

The Phillies’ post All-Star struggles continued Tuesday night as they suffered a 6-3 loss to the Braves at Citizens Bank Park. The Phillies are just 1-4 since returning from the All-Star break with one more to play against the Braves on Wednesday afternoon before hitting the road for Pittsburgh on Thursday.

Phillies officials held Aaron Nola back until the fifth game after the All-Star break to get him some extra rest. Maybe it will pay off down the road because it certainly didn’t Tuesday night. Pitching on eight days’ rest, double the regular allotment, Nola was hit hard by the Braves. He gave up seven hits, five of which were for extra bases, over six innings and took the loss.

“I was just out of whack,” Nola said. “A lot of my fastballs were just running over the middle of the plate. Just not great pitches.”

A couple of the Braves’ homegrown players were particularly tough on Nola. Third baseman Austin Riley had an RBI double in the first inning. He doubled again in the fourth and scored. Rookie center fielder Michael Harris II had a solo home run against Nola in the third and an RBI double in the ninth.

Harris, 21, was the Braves’ third-round pick in 2019. He made his big-league debut on May 28 and has been a force since. His homer Tuesday night was his ninth in his first 189 big-league at-bats.

Riley and Harris were just two of the Braves’ draft success stories who took it to the Phillies on Tuesday night.

Starting pitcher Spencer Strider was absolutely electric. The 23-year-old right-hander held the Phils to three hits over six innings. He walked one and struck out six, mostly with a lively fastball that averaged 97.6 mph and topped out at 99.7. The Braves got Strider out of Clemson in the fourth round of the 2020 draft.

Alec Bohm had two of the hits against Strider.

“I kept it simple and hit balls somewhere people weren’t standing,” Bohm said. “He’s got one of those fastballs that’s different. It’s a combination of velocity and — it’s just not like a normal fastball. People are probably watching and thinking, ‘Oh, he’s just throwing fastballs, just hit it.’ It’s not that simple. It comes out different.

“You can watch all the video you want but until you see it … It’s got a lot of vertical break and all those fancy words. It’s definitely a good one. It just plays.”

In addition to Riley, Harris and Strider, the Braves got typical contributions from Dansby Swanson and Matt Olson, both of whom were acquired by the team in trades. Swanson had a pair of hits and scored two runs against Nola. Olson swatted a two-run homer in the fifth. He has four homers in nine games against the Phils this season.

The Braves are 59-40, nipping at the toes of the first-place Mets in the NL East.

Meanwhile, the Phillies are 50-47. They remain a half-game behind St. Louis for the third and final NL wild-card spot. St. Louis lost at Toronto.

In his previous outing, July 17 at Miami, Nola pitched 8 1/3 shutout innings to send the Phillies into the All-Star break with a win.

The wins have been difficult to come by since returning from the break.

Kyle Schwarber’s 31st homer accounted for the Phillies’ only run for the first eight innings Tuesday night. J.T. Realmuto clubbed a two-run homer in the ninth to make it a three-run game, but the Phils got no closer.

The Phils are averaging just 3.2 runs in their five games back from the break. After the game, manager Rob Thomson said he and his staff were considering making some more tweaks to the batting order. Bohm has hit in 11 straight games at .486. Bryson Stott’s at-bats have also improved. Maybe one of those guys will be closer to the top of the order when the Phillies face Charlie Morton in the series finale Wednesday. Kyle Gibson will pitch for the Phillies.