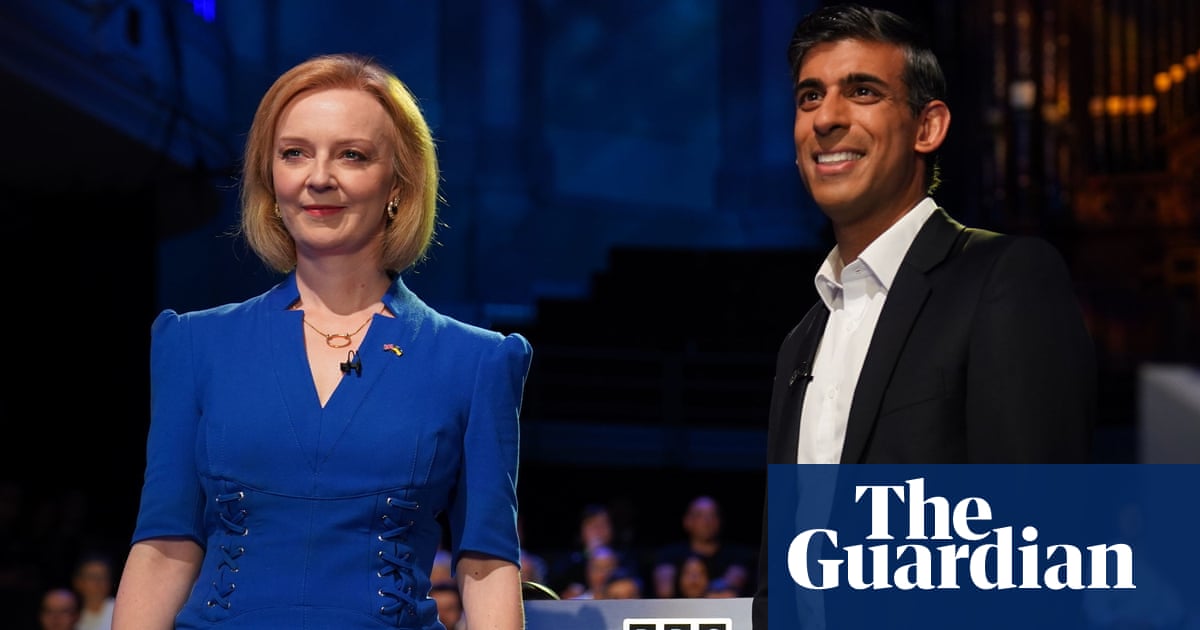 A group of environmental organisations and campaigners have written to the BBC to rebuke it for inadequate questioning about the climate crisis during Monday’s Tory leadership debate.

Just one question on the environment was asked in the debate, and it put the onus on individuals rather than leaders to act on the climate.

The candidates were asked: “What three things should people change in their lives to help tackle climate change faster?” Rishi Sunak put the emphasis on recycling while Liz Truss extolled the virtues of green technology.

In a letter, campaigners including the Springwatch presenter Chris Packham said this question was “completely irresponsible” as it focused “on individual action rather than governmental action, when the purpose of the debate was to test the candidates’ credentials for being the next prime minister.”

The letter, also signed by the World Wildlife Fund, Greenpeace and Green Alliance, said: “The purpose of a leaders’ debate is to interrogate our future prime minister on their policy positions for vital issues so the public can make an informed choice about which candidate will do the best job for their country. This question failed to provide them with those answers.

“For this to happen at a time when the cost of living is driving millions into poverty, largely driven by fossil fuel prices and rising energy bills, is unacceptable.”

During the debate, as much time was spent discussing Sunak’s expensive suits and shoes and Truss’s earrings as was spent on the climate crisis and the environment.

Max Wakefield, the director of campaigns at the climate charity Possible, said: “In 2019 Possible campaigned for the televised leaders’ election climate debate because broadcasters were ignoring the severity of the climate crisis. Three years later, little has changed. Instead of asking Rishi Sunak and Liz Truss how they would patch the gaping holes in their climate plans, the BBC posed a question on what individuals can do at home.

“Prime ministers are not elected as agony aunts: we don’t need to hear their domestic eco-tips any more than their personal wellness ideas for managing NHS waiting lists. What the public needs is to hear how the next prime minister will tackle the climate crisis head on.”

The letter calls on the BBC to improve its focus on the climate crisis in its leadership coverage in the next few weeks and to recognise that the question in the debate was inadequate and the time allocation was too short.

It also asks the broadcaster to guarantee that in future leadership debates, including before general elections, the climate crisis will be treated as an issue of governmental rather than solely personal responsibility.