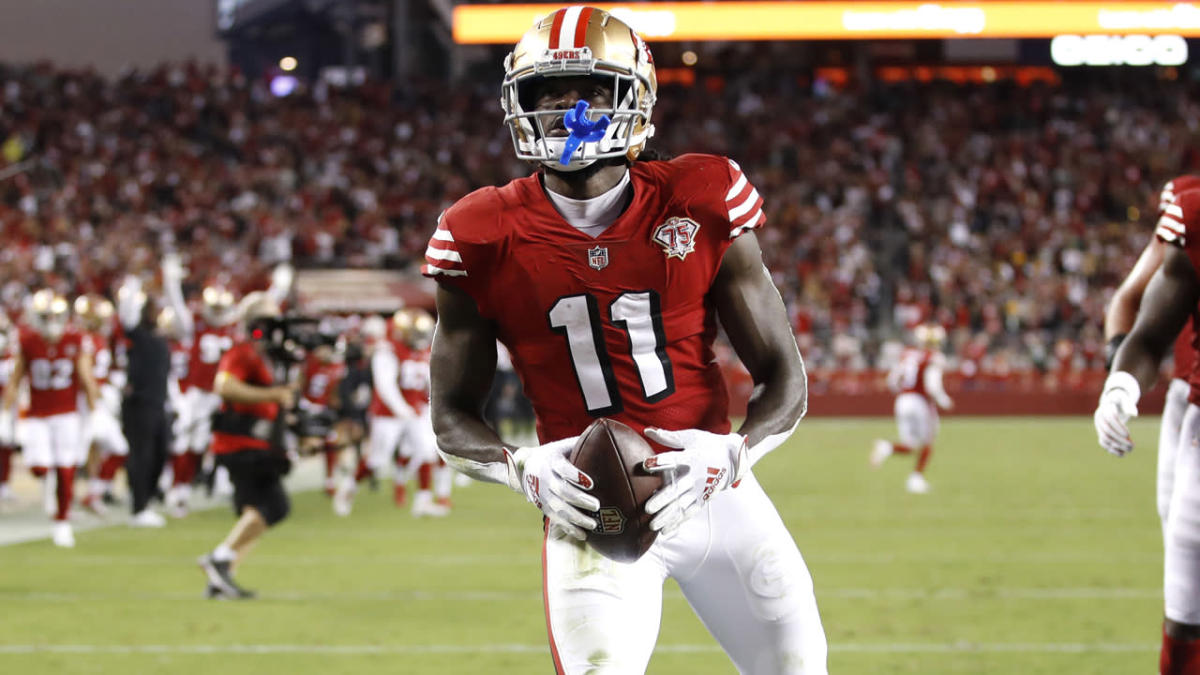 Aiyuk, who spent much of the offseason working out with quarterback Trey Lance away from the facility, was the most targeted receiver of the session. The third-year receiver worked with both the first and second teams while All-Pro WR Deebo Samuel remained off the field while he awaits a contract extension.

The Arizona State product took his game to another level in the middle of his sophomore season and has been diligent about not letting his foot off the gas in year three. Aiyuk caught one pass each from Lance and backup QB Nate Sudfeld during 7-on-7 drills and caught two additional passes from Sudfeld during 11-on-11 work. One reception, in particular, was under tight coverage from Jimmie Ward.

The practice overall lasted approximately 90 minutes and several hundred 49ers Faithful were in attendance. While things have been cleared up regarding who will be the 49ers’ starting quarterback in 2022, there still are questions about several other positions.

Colton McKivitz stood in at left tackle for Trent Williams, who was excused from practice for personal reasons. A leaner Mike McGlinchey did resume his right tackle position but only during non-contact work.

When Sudfeld was on the field, the offensive line from left to right was Sam Schlueter (LT), Nick Zakelj (LG), Daniel Brunskill (C), Jason Poe (RG) and Justin Skule (RT).

Without a contract extension in place, Deebo Samuel was seen running along the side of the field. As he approached the stands. Fans cheered for the talented receiver, who likely will be doing much of the same until an agreement is reached regarding his future with the team.

Safety Talanoa Hufanga was on the field with Jimmie Ward with the first team defense while Tarvarius Moore and George Odum were paired during the second team drills.

Elijah Mitchell was in the backfield with the first team for most of the carries while Lance was on the field. Running backs Trey Sermon, JaMycal Hasty, Ty Davis-Price and Jordan Mason all rotated while Sudfeld and QB Brock Purdy were under-center.

The scariest moment at practice was a collision between linebacker Azeez Al-Shaair and fullback Kyle Juszczyk during 7-on-7 work. After practice, Al-Shaair clarified that he had the wind knocked out of him when his elbow brace got caught between the fullback and his body. The two were seen on the field later competing during team drills.