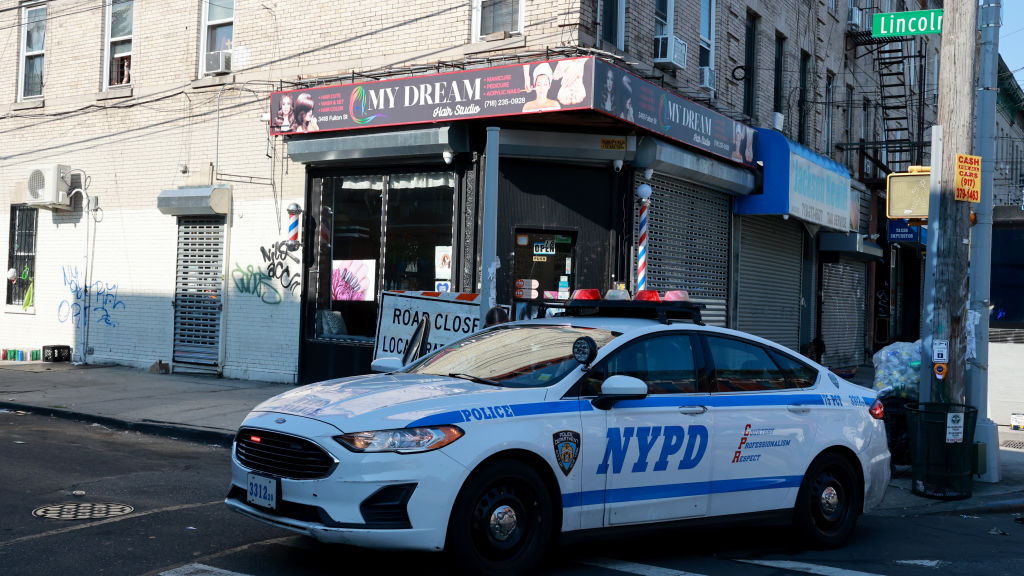 In a country where the only kind of supremacy is white supremacy, a Black person can still catch a hate crime for assaulting a white person while expressing anti-white sentiment.

This is the lesson two Black teenagers learned in NYC after they allegedly got into a “verbal dispute” with a white woman on a bus and then settled said dispute by hitting the woman in the head with an unknown object. One of the teens allegedly declared: “I hate white people.”

According to CNN, the incident took place on July 9 on a southbound MTA bus in Queens. The nature of the “verbal dispute” hasn’t been reported—all we know is it involved a 57-year-old white woman and three Black girls, one of whom is accused of saying, “I hate White people. I hate the way they talk.” It’s unclear whether the same Black teen who said that is accused of hitting the woman in the head causing a laceration and bleeding, but the girls reportedly ran away after the alleged attack.

The NYPD released a photo of the girls, two of whom were eventually arrested and charged with hate crimes while the third girl is still being sought after.

So, if these girls are guilty of what they’ve been accused of and if there isn’t more to the story, then the ultimate lesson here is—Black people, we have to keep our collective frustration with white America in check.

Of course, it’s unclear to what degree all three teenage girls are guilty. After all, only one of them allegedly hit the white woman, and only one of them shouted that they hate white people. That’s likely why, according to CNN, the Queens District Attorney’s Office will ultimately have to sort out what charges each of the teenagers will face.

Interestingly enough, if these girls are convicted, it will only be the second hate crime committed against a white, non-Jewish person in NYC this year.

The charges against the girls come as hate crimes in New York City were reported to have increased by 76%, as of April, compared to the same period last year, according to data from the NYPD’s Hate Crimes Task Force. To date, there have been 35 hate crimes committed against Black people in the city, 51 against Asians, 149 against Jewish people and only one recorded against a White person, according to the NYPD Hate Crimes Dashboard.

This is just a gentle reminder that white people occasionally being victims of hate crimes doesn’t change the fact that white supremacy in America is still well intact.