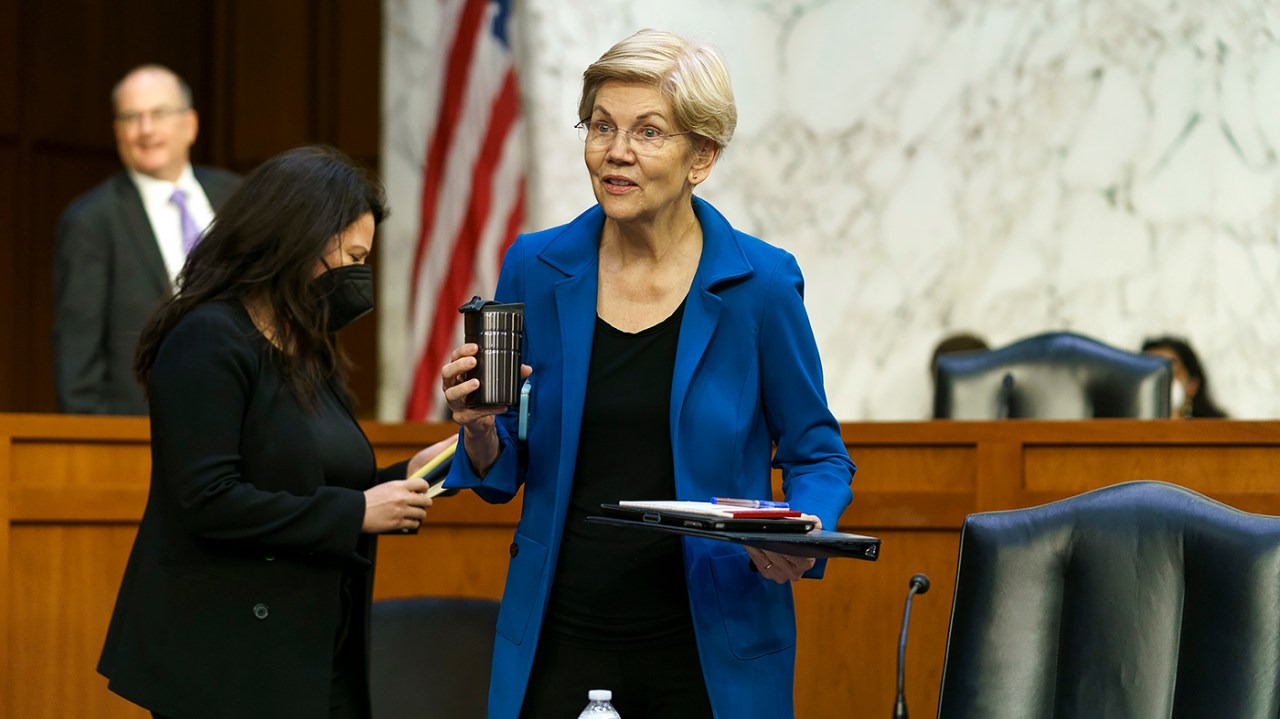 “Rising costs are an urgent problem, and interest rates play a key role in maintaining price stability. But urgency is no excuse for doubling down on a dangerous treatment,” Warren wrote in The Wall Street Journal.

As inflation hits 40-year highs, the Fed has hiked interest rates in an effort to curb rising costs and is expected to announce still more increases.

Warren wrote that the Fed “has seized” on interest rate hikes despite Powell himself acknowledging that the move is “largely ineffective against many of the underlying causes of this inflationary spike.”

The Massachusetts senator noted that the actual impacts of increasing borrowing costs with higher interest rates add costs for businesses, meaning companies will pump the brakes on hiring, cut employee hours and even fire workers.

“In the bloodless language of economists, that’s referred to as ‘dampening demand,’” Warren wrote. “But make no mistake: If the Fed cuts too much or too abruptly, the resulting recession will leave millions of people—disproportionately lower-wage workers and workers of color—with smaller paychecks or no paycheck at all.”

Powell’s interest rate increases will likely trigger a “brutal” recession, Warren added, noting Republicans will try to combat it by cutting taxes and easing regulations for corporations and for the rich.

She also lauded some of the Biden administration’s efforts to tamp rising costs, like his release of strategic oil reserves to combat high gas prices, and called on Congress to act against inflation through means like investment in child care so parents can get to work and in American manufacturing.

“Higher interest rates won’t end skyrocketing energy prices caused by Vladimir Putin’s war on Ukraine. They won’t fix supply chains still reeling from the pandemic. And they won’t break up the corporate monopolies that Mr. Powell admitted in January could be ‘raising prices because they can.’”

Warren had opposed Powell’s renomination from the start, saying he “failed as a leader” and ignored a “culture of corruption” in his office.

She and fellow progressives Sens. Sheldon Whitehouse (D-R.I.) and Jeff Merkley (D-Ore.) wrote in a joint statement last year that “President Biden must appoint a Fed Chair who will ensure the Fed is fulfilling its mandate to safeguard our financial system and shares the Administration’s view that fighting climate change is the responsibility of every policymaker. That person is not Jerome Powell.”