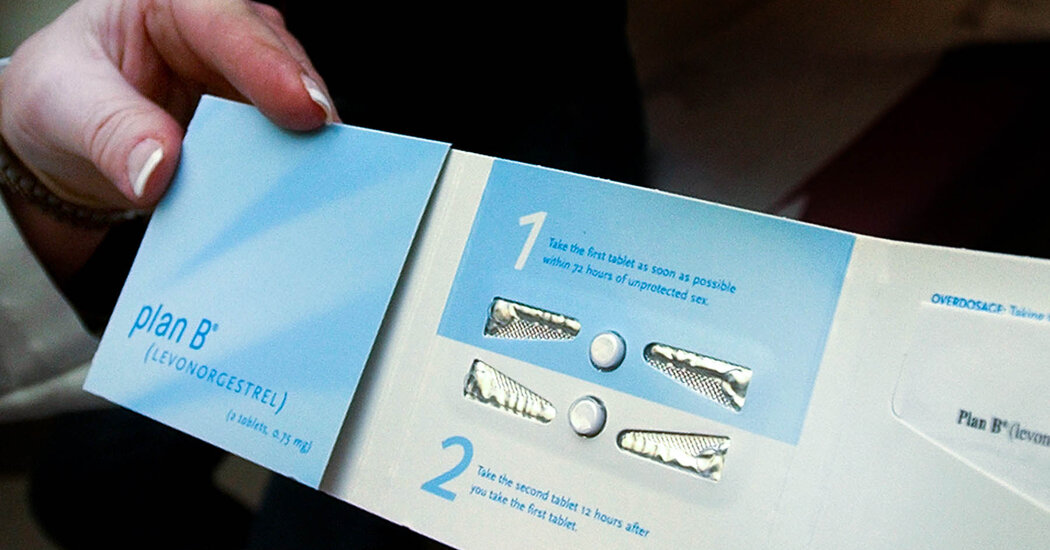 In 2011, a team of researchers in Scotland were investigating why the emergency contraceptive pill, commonly known as Plan B, seemed to fail in a small portion of the population, and made an alarming discovery: the pill failed at higher rates among women with a higher B.M.I., or body mass index.

Since then, several researchers have looked into why and how weight influences the effectiveness of Plan B but have come up against several unknowns: it’s unclear how much less effective the pill can be for people who are overweight or obese and there is no clear research on how to help someone work around the issue.

Experts say it is also difficult to narrow in on a particular weight at which Plan B’s effectiveness falls. “Some studies say there’s no effect above a B.M.I. of 25, others say there’s some effects — different studies say slightly different things,” said Dr. Siripanth Nippita, a clinical associate professor of obstetrics and gynecology at N.Y.U. Langone Health. But in general, she said, as B.M.I. increases, the efficacy of oral emergency contraceptives decreases.

Part of the reason there is this glaring gap in the broader understanding of the emergency contraceptive is because much of the research that led to its creation, in the mid to late 1990s, did not initially consider differences in body weight.

“When contraception was developed, it was really a one-size-fits-all model,” said Dr. Alison Edelman, a professor of obstetrics and gynecology at the Oregon Health and Science University, who has also studied the effectiveness of emergency contraceptives. “But our population now is very different from the population when the drugs were developed — we’ve increased in size — and we are concerned that the most common type of emergency contraception may not work for women with higher B.M.I.s.”

But, by and large, the pill does broadly reduce the chances of a pregnancy. Here’s what we know.

Does Plan B have a weight limit?

There are two forms of emergency contraceptive pills available in the U.S.: those that contain levonorgestrel, like Plan B, and those with ulipristal acetate, commonly known by the brand name Ella.

The Food and Drug Administration allows these medications for all women, regardless of weight. In 2016, the agency said that it had completed a review of the available research on levonorgestrel contraceptives and found that the data was “conflicting and too limited to make a definitive conclusion” on whether the pills were less effective in women who weigh more than 165 pounds or have a B.M.I. of more than 25, which uses an individual’s height and weight to create a measure of overall health. Some doctors consider the B.M.I. a flawed assessment of health.

Studies, like the one from Scotland, seem to indicate that Plan B might be less effective in women who weigh over 170 pounds, which is the average weight of American women over the age of 20, according to the Centers for Disease Control and Prevention. “In some studies, we have seen some decrease in effectiveness in people over a B.M.I. of 25,” said Dr. Nisha Verma, a fellow at the American College of Obstetricians and Gynecologists. “But that doesn’t mean we don’t use it in those people.”

Ella does not have as much of a decrease in effectiveness for people with higher B.M.I.s, she added. But the pill still may not work as well in people who are overweight or obese.

“The evidence is absolutely not crystal clear and consistent,” said Dr. David K. Turok, a professor of obstetrics and gynecology at the University of Utah.

Why would a higher B.M.I. make Plan B less effective?

Again, the science on this is unclear. Dr. Edelman said researchers look at four things when examining the effectiveness of a drug: absorption, distribution, metabolism and excretion. A higher B.M.I. can affect all four of those processes differently. In individuals with higher B.M.I.s drugs may be absorbed in the bloodstream at a slower rate, for example, or a drug might end up sitting in fat stores instead of “acting for you,” she said.

Dr. Monica Woll Rosen, an OB-GYN at University of Michigan Medical School, pointed to other potential mechanisms, such as extra estrogen being present in the peripheral tissues of people with excess weight, which may counter the effects of a contraceptive, or that the dosing of Plan B and Ella may not be strong enough.

Can someone with an elevated B.M.I. just take a higher dose?

Earlier this month, Dr. Edelman and her team published a study looking into whether a double dose of Plan B would be effective for someone with a B.M.I. over 30. They gave 70 individuals with a B.M.I. of over 30 either a double dose or a single dose of levonorgestrel and monitored them for one week. Unfortunately, the team found no statistically significant difference in suppressing ovulation — the primary function of Plan B — among the two groups, meaning a double dose might not be the easy fix.

In an emergency, however, a double dose of levonorgestrel should be fine to try. “It’s not unsafe to do it,” Dr. Edelman said.

What are the recommended options for emergency contraception if you have a higher B.M.I.?

Doctors recommend Ella as a more effective emergency oral contraceptive than Plan B — for all women, but especially for those with higher B.M.I.s.

You can take Ella for up to five days after unprotected sex, though it does require a prescription. Some doctors recommend having on hand, just in case you need to use it. “People should be requesting this in advance, and providers should be offering it in advance,” Dr. Turok said.

An intrauterine device, if it is inserted within five days of having unprotected sex, is an even more effective form of emergency contraception. The C.D.C. considers the copper I.U.D., which does not contain hormones, an effective emergency contraception method, but research shows that hormonal I.U.D.s such as Liletta may also work. These devices act locally in the uterus, Dr. Rosen said, meaning “weight should not make a difference” on how effective they are. The American College of Obstetricians and Gynecologists also recommends the copper I.U.D. as an alternative to oral contraception for obese women.

Not every woman seeking out emergency contraception will want a long-lasting method of birth control, though — I.U.D.s can last for three to twelve years. And even for those who do, the process of obtaining an appointment within five days, and setting aside time for the implantation procedure, can be challenging, if not impossible.

“We can spend all day talking about the efficacy of a method, but if someone can’t access it, it doesn’t work,” said Dr. Wing Kay Fok, a gynecologist at Weill Cornell Medicine.

If you cannot take Ella or get an I.U.D. implanted, doctors said that taking Plan B is still worthwhile, regardless of your weight or B.M.I. An analysis of four World Health Organization studies showed that pregnancy rates for individuals who took Plan B, across a variety of B.M.I. categories remained below 3 percent, indicating that the medication will reduce your chances of getting pregnant, although it is not a guarantee of preventing pregnancy.