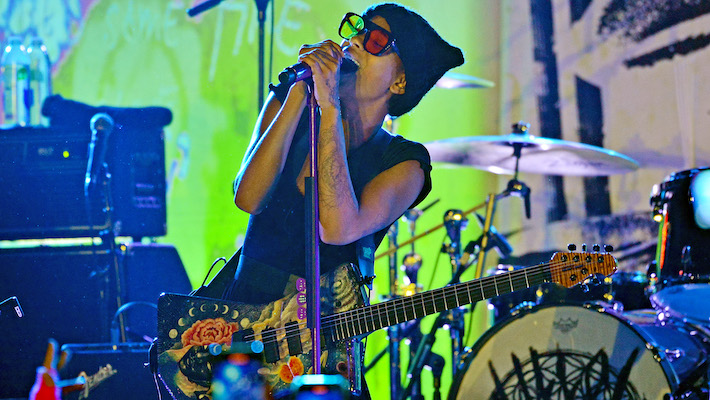 Last summer, Willow dropped off her fourth album Lately I Feel Everything and it was a project that marked her official entrance into the pop-punk world. Eleven tracks with help from Travis Barker, Tierra Whack, Avril Lavigne, and more helped make up the album. Nearly a year after its release, Willow seems quite comfortable in that lane as she’s put forth other collaborations with the likes of Machine Gun Kelly, who also made a recent step into the pop-punk. She also presented her comfort in other genres with work alongside Camilla Cabello and PinkPantheress.

Fresh off her collaboration with PinkPantheress, Willow is back in action with “Maybe It’s My Fault.” The record continues her journey into the pop-punk world as she uses the song to admit that she may be to blame for some of the tough times she experiences in her life. “Maybe It’s My Fault” also arrives with a matching visual that sees Willow in a bedroom as she moves back and forth between moments of frustration and others of near-serenity.

“It’s all too often in tender emotional states we try to blame our hurts on other people,” Willow said about the song in a press release. “Even though none of us are perfect, in some capacity it’s us who allow ourselves to get into situations that don’t serve our highest purpose.” She added that the song “explores what it’s like to hold ourselves equally accountable for the emotional pain we feel while also allowing ourselves to be human and fully process ALL of our feelings without shame.”

You can listen to “Maybe It’s My Fault” in the video above.