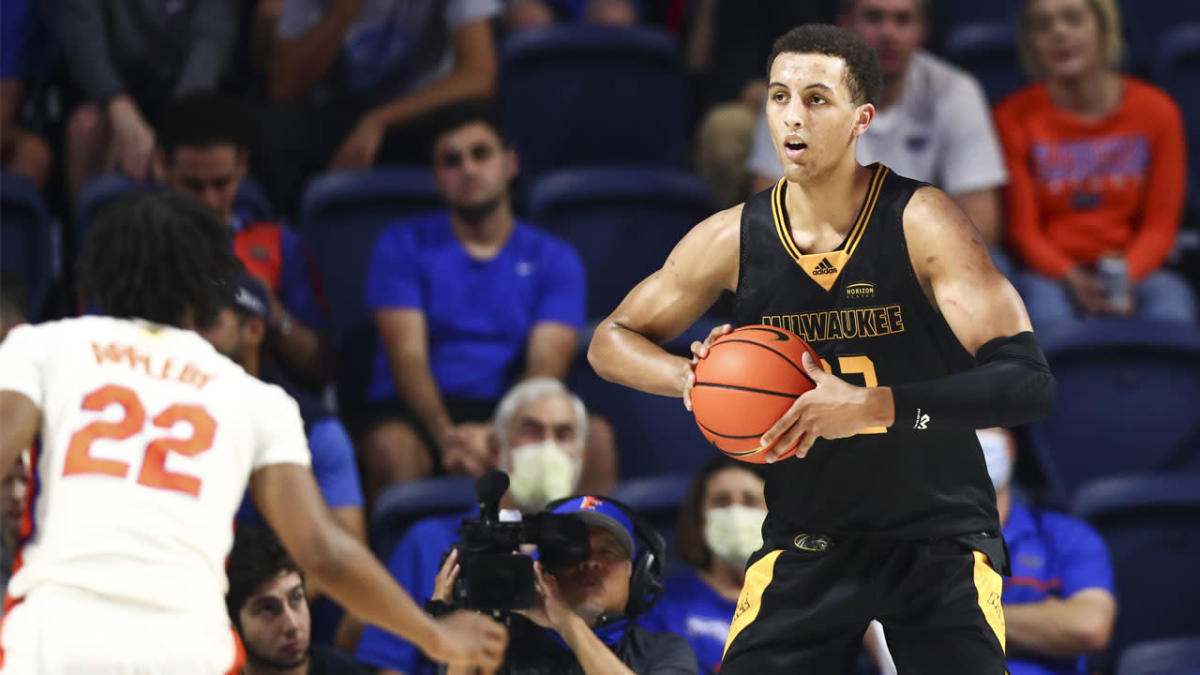 After Golden State selected Baldwin Jr. with the No. 28 pick in the 2022 NBA Draft on Thursday night, O’Connor gave the pick an A-plus grade.

“There isn’t a better situation for Baldwin than Golden State,” O’Connor writes. “He’s joining a team where there will be no pressure at all to develop quickly. It’s an all-upside pick on a top-ranked prospect out of high school who had a disastrous college season, dealing with injuries while playing for a bad team coached by his father. But with his great size and theoretical two-way ability as a scorer and defender, the Warriors can be patient in trying to get everything they can out of him. And if they miss, so be it.”

Fresh off their fourth championship in eight seasons, the Warriors have plenty of depth — and time — to allow for Baldwin Jr. to develop, with zero pressure whatsoever to play him right away.

The former top recruit has plenty of talent despite an underwhelming season at Milwaukee.

Golden State has the structure in place to squeeze every last bit of it out of the 19-year-old.