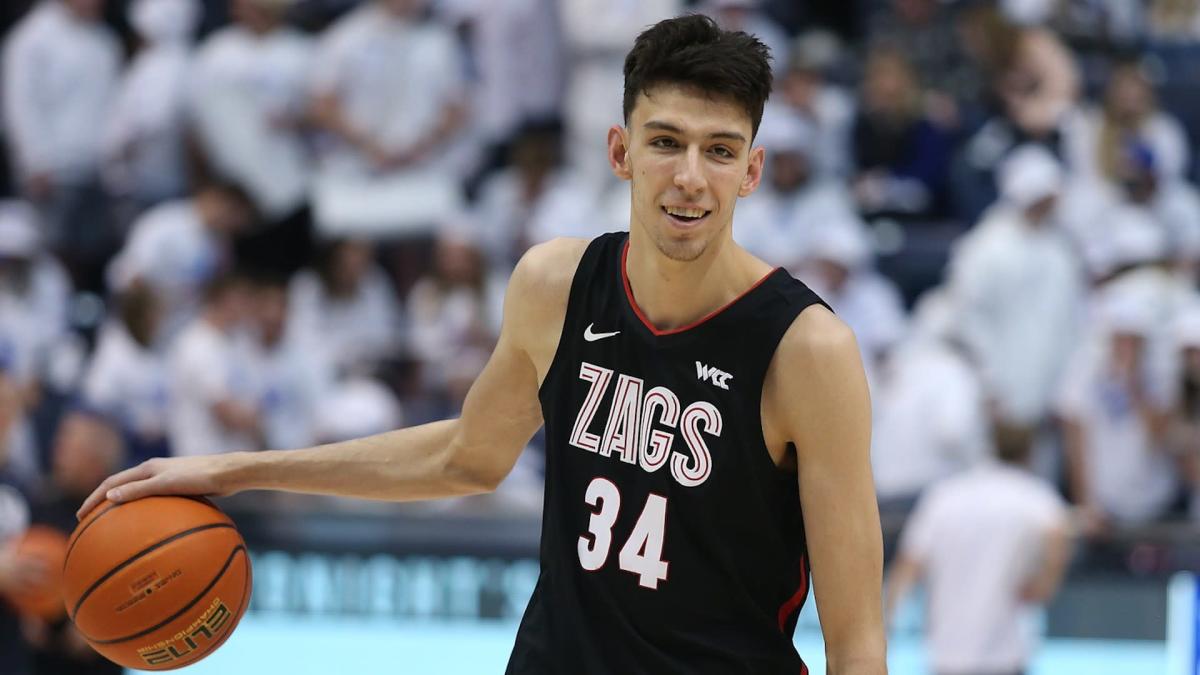 Chet Holmgren caught the attention of the NBA way before he became the No. 2 overall pick in the 2022 NBA Draft on Thursday, and he credits Warriors superstar Steph Curry for that.

“Steph Curry was the turning point to everybody knowing about me,” Holmgren said.

Back in 2019, Holmgren stunned the four-time NBA champ at his SC30 training camp when he faced Curry in a pick-up game.

After Holmgren blocked Curry’s shot off the glass, the 7-footer pulled Curry’s own move on him and hit him with the double behind-the-back followed by a ruthless dunk.

To those close to Holmgren, the aggressiveness they witnessed at the camp wasn’t anything new. But since it was on a stage with the greatest shooter of all time, Holmgren points to that moment and exposure as the world’s wake-up call.

“Everybody’s matched up [in the pick-up game] and I’m looking around like ‘Where’s the last person?’ and then I see Steph and I’m like ‘Oh, alright. I’ll go guard him.’ Never scared, never back down.”

Curry was a good sport and had fun with the friendly competition.

And even though Holmgren got Curry a couple of times, the eight-time All-Star had to put the young big man in place with a Curry special.

RELATED: Myers explains what Dubs are looking for in Brown’s replacement

Now in the same league, Curry and Holmgren, who was selected second overall by the Oklahoma City Thunder, will be seeing a lot more of each other in the coming season.

“Hearing about him before he came to my All-American camp, you can see his stature, he’s huge, he’s skilled. He’s kind of like a unicorn in that respect,” Curry said. “I got out there and played with him in the scrimmage that we had and he had a little power moment going.

“He used my move. He went double behind-the-back and then that’s where my move stops because after you double behind-the-back usually for me that’s either a crafty layup or a three. He went in and dunked it. You can see his skill set so crazy to fast-forward three years later and now he’s a potentially No. 1 pick so it’s kind of cool to see it kind of come full circle.”