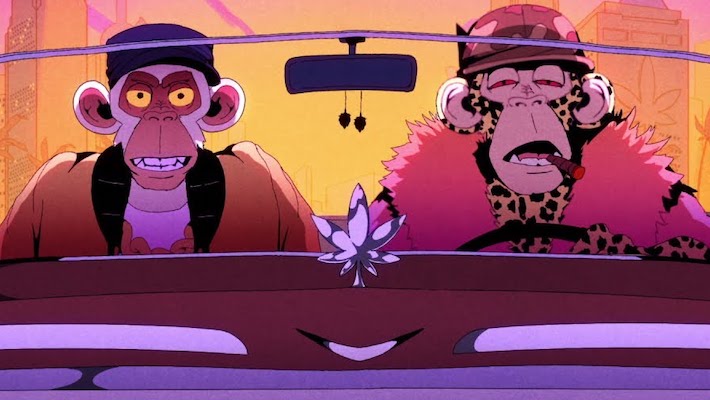 It was just a year and a half ago that there seemed to be some bad blood between Snoop Dogg and Eminem, both of whom are prodigies of Dr. Dre. It all started when Eminem took issue with Snoop Dogg leaving him out of his personal list of top ten rappers. Eminem shot back with a diss on “Zeus” and Snoop sent a warning back to the Detroit rapper in return. The two eventually settled their differences and even shared the stage together for the Super Bowl LVI Halftime Show earlier this year. Now, they’ve done something that they haven’t in a really long time: collaborated on a song.

Snoop and Eminem take things from “From The D 2 The LBC” on their new collaboration, and it arrives with quite the unique music video to accompany it. The visual begins with Eminem in the studio getting ready to record a verse. He struggles to begin as Snoop has flooded with the studio with smoke thanks to a blunt he lit. Soon enough, Eminem gets a contact high thanks to Snoop, and things get a bit wacky for the remainder of the video as both rappers enter a world where they’ve turned into Bored Ape NFTs.

It should be noted that Snoop and Eminem are not unfamiliar with the world of NFTs as they’ve both taken previous steps into it, examples of which you can see here and here respectively.

You can check out the video for “From The D 2 The LBC” above.