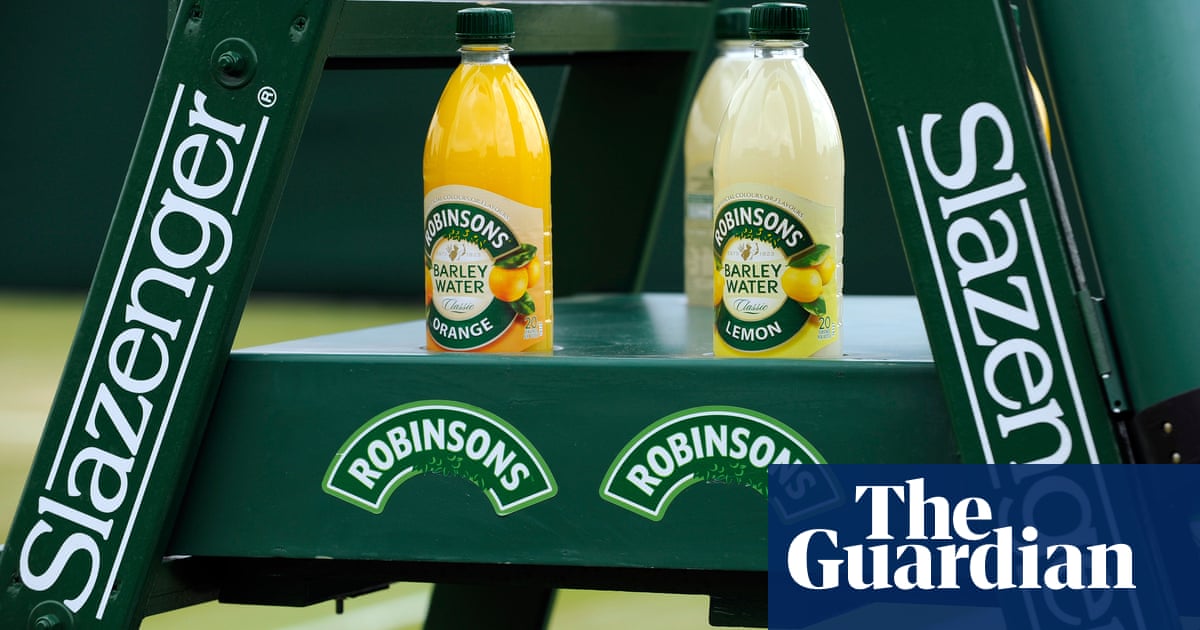 Robinsons and Wimbledon have ended their 86-year partnership, one of the longest-running in sport.

The squash brand’s association with Wimbledon dates back to 1935, when a drink using barley, lemon juice and sugar was concocted to hydrate the players, by some accounts in the changing rooms of the All England Lawn Tennis Club (AELTC). It was the year when the gentlemen’s singles was won by Great Britain’s Fred Perry.

The drink was created by Eric Smedley Hodgson and handed out to players and umpires during a visit to Wimbledon, and was so popular that he was invited back every year. He used Robinson’s barley crystals, invented by Matthias Robinson in 1823, who later moved production of the barley crystals to Norwich.

The fruit drink went into commercial production, and began to appear in bottles on the steps of the umpire’s seat at Wimbledon. Robinsons became the official soft drink provider for the tennis championships.

Wimbledon and Robinsons have been closely associated ever since, perhaps as close as Wimbledon and strawberries and cream, and in 1988, Robinsons launched the “anything else just isn’t tennis” slogan. The long-running sponsorship deal was surpassed only by Wimbledon’s 120-year link with Slazenger, the official ball supplier.

This week, the drink brand, owned by Britvic, tweeted: “Robinsons is no longer sponsoring Wimbledon fortnight and this year will be celebrating the whole of summer with The Big Fruit Hunt – an interactive opportunity to find virtual fruit and win real prizes.”

The AELTC then issued a statement: “After more than 80 years, we can confirm that the partnership between the AELTC and Robinsons has come to an end. We are tremendously proud of the historic association with Robinsons over so many years, and thank them for the wider role they have played in supporting Wimbledon and tennis across the UK.”

Robinsons was an independent company until it was acquired by Britvic in 1995.

While neither party gave any reasons for ending the partnership, Britvic reportedly wanted to promote its other products at the tennis tournament, including drinks such as Gatorade, Pepsi Max, Rockstar Energy, J2O and Fruit Shoot. However, the tennis club is thought to have been opposed to being associated with other sugary soft drinks.

Robinsons said it removed any added sugars in 2015.

In May, Robinsons became the official soft drinks partner of the Hundred, a 100-ball cricket tournament in England and Wales launched last summer.