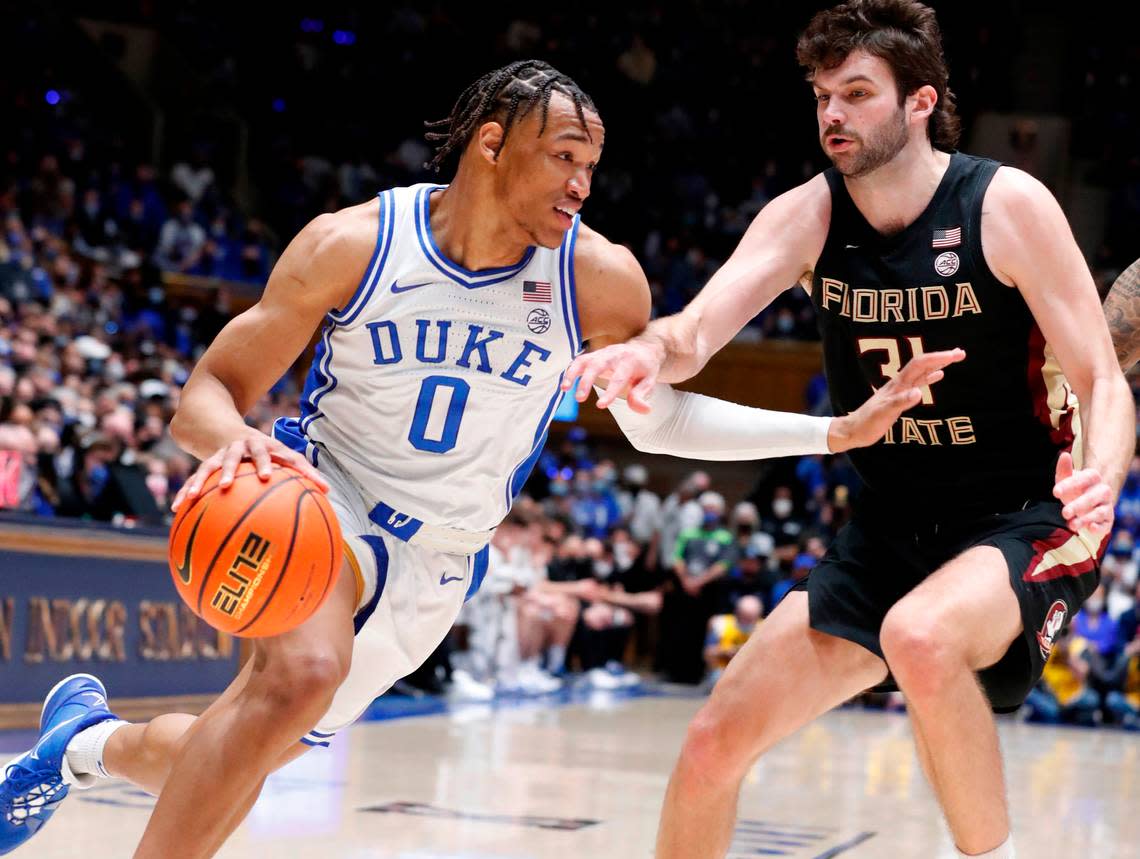 The offseason transformation of Wendell Moore’s body boosted his play for Duke last season which has now landed him in the NBA.

Moore, a second-team, all-ACC selection on the Blue Devils’ regular-season conference championship team, was selected in the first round by the Dallas Mavericks in Thursday night’s NBA draft before the Mavericks traded his rights to the Minnesota Timberwolves.

That production marked a dramatic improvement from his sophomore season, when Moore averaged 9.7 points per game and hit 41.7% of his shots from the field.

Moore went through a strenuous conditioning program between his sophomore and junior seasons, aimed at improving his athleticism and making him a more explosive player.

Moore, who grew up in Charlotte and played at Concord’s Cox Mill High School, only expects to keep improving from here.

“I really think my confidence can only get better,” Moore said. “It’s definitely something I work on every day. Every day I get in the gym, I get more confident in my own game. I think the sky’s the limit for myself and I intend to reach it.”