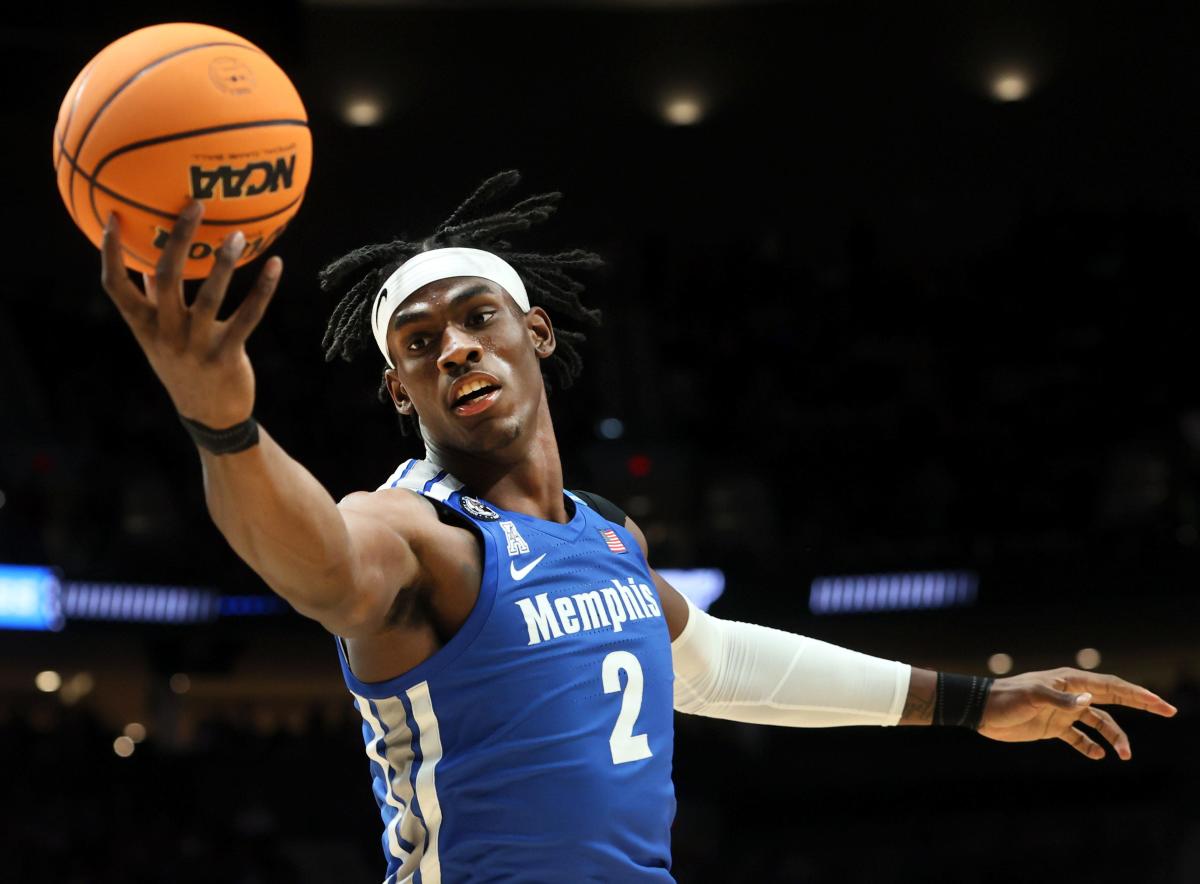 The 2022 NBA Draft is filled with intrigue, starting with the presumed top-3 prospects.

Auburn’s Jabari Smith, Duke’s Paolo Banchero and Gonzaga’s Chet Holmgren are expected to be the top three picks in Thursday’s draft in some order. Orlando has the first pitch, with OKC and Houston rounding out the top three.

After the first three selections, it’s unknown what Sacramento and the rest of the first round will do. Memphis center Jalen Duren has been projected anywhere from the mid-lottery to the late-teens. Duren could be the second center taken in the draft.

Draft day is less of a momentous occasion for the Grizzlies than in the past, a result of a strong season and a young, talented core. Memphis has picks Nos. 22, 29 and 47.

Follow along with our live draft tracker, with picks, trades and analysis below, from Thursday’s draft in Brooklyn:

TV INFO: How to watch and live stream the 2022 NBA Draft

GRIZZLIES: Here’s who our beat writer thinks the Memphis Grizzlies will select in the NBA Draft

MARK GIANNOTTO: Memphis Grizzlies have aced NBA draft under GM Zach Kleiman. Will they do it again?

Analysis: A long, much-scrutinized draft process among the top three prospects ends with Banchero landing at No. 1 overall in Orlando. Banchero is the most advanced and skilled player in the draft. Banchero will instantly become the No. 1 offensive driver on the Magic.

Analysis: Holmgren is a smart defensive player and rebounder, which will limit his “bust” potential. He can shoot the ball, and will fit into modern offenses with ease. But how much offense will he be able to drive? Will he be able to create his own shot consistently in the NBA? I’m skeptical.

Analysis: Smith has loads of potential for a guy that may have been the best scorer in college basketball last year. Because of Auburn’s offensive limitations around him, Smith had to (and specialized in) creating his own shot off the bounce in tight shot-clock situations. He’ll need to show a little more ability at getting to the basket, but that ability is within him. Defensively, he won’t be an elite two-way wing. But he should more than hold his own. He and Jalen Green will be a fun 1-2 combination for the Rockets to build around.

Analysis: Murray is not a good enough athlete to be a plus-plus defender in the NBA, but that’s not why Murray is the No. 4 pick. He poured in the scoring in 2021-22 for Iowa in a variety of ways. Is that what the Kings, 29th in points allowed last season, need?

Analysis: Ivey’s athleticism is off the charts, and in an NBA space-friendly offense he should benefit greatly. I love the Jaden Ivey-Cade Cunningham combination.

Analysis: The Pacers weren’t going to find the No. 1 option they needed at No. 6, but they do pick a well-rounded, hard-playing guard in Arizona’s Mathurin. His floor is a very good No. 3 guard for a good team who can defend and run a second unit. If his shot continues to improve, he can be a really good starting guard.

Analysis: Sharpe is a boom-or-bust prospect whose college career existed on paper but not on a basketball court. At Kentucky, where he enrolled midway through the 2021-22 season after reclassifying, he did not play. His high school film shows an advanced shooter with a good bit of potential. But it’s been a while since he’s played in a game.

Analysis: Daniels is an energy player that flourishes off the glass and with the ball in his hands. His jump shot is behind the rest of his game, but he’ll fit on this Pelicans roster.

Analysis: Sochan was an irritant on defense at Baylor, but he’s also a very good and high energy defender who will be able to defend multiple positions. His offensive contributions (an above-average passer but not a good shooter in college) will determine his NBA career.

Analysis: Davis’ breakout season was a function of increased volume, not increased efficiency, in his sophomore year at Wisconsin. There’s no doubt that he can score, but his shot will need to be a bit better than 30% from 3. The Wizards need more guys that can score with the ball in their hands, and Davis can do that.

Analysis: Dieng is a quality passer who shows offensive basketball IQ. But between his shooting and defense, he’s a developmental prospect at this point. The Knicks could have used more immediate help.