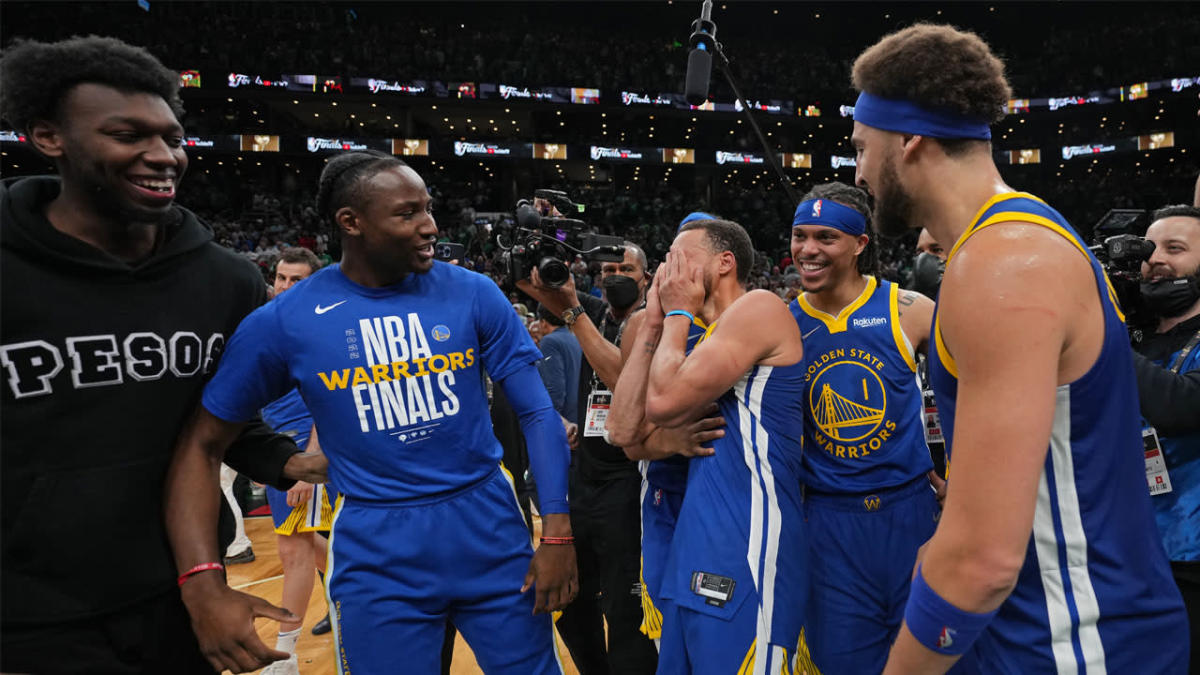 Steve Kerr expects an even better 2022-23 season from the defending NBA champions.

Is that even possible?

After winning their fourth championship in eight seasons, Golden State will look to retain as much of the same team as possible heading into the offseason. If they do, it should bode well for their chance at a repeat next season.

In speaking to reporters on Wednesday, Kerr explained why he believes the Warriors will be even better next season.

“Yeah, my experience is when you win a championship you get better the next year,” Kerr said. “If you keep going after that, it starts to wear you out. That third year for us, trying to get a three-peat in ’19 was brutally difficult.

“But whether I was a player or now as a coach, you win that first one, there’s a freedom that comes with it. There’s an excitement, and that carries over into the second year.”

The Warriors weren’t just all-in on making one final run. As long as Steph Curry, Klay Thompson and Draymond Green are still around, Golden State anticipates continued success for years to come. Not to mention the handful of up-and-coming potential stars patiently waiting for their opportunity to shine.

“Given that we just had a two-year opportunity to refill our cups and reenergize, I think we’ll be really motivated going into next year, and the guys will have a great chance to have a hell of a season again,” Kerr added.

“James [Wiseman] hopefully will fit into that health-wise. That’s the biggest thing. We will continue to work with him every day. He’ll continue to develop, just like all of our young guys will.”

RELATED: Report: Warriors interested in three prospects at pick No. 28

Kerr and the Warriors know a thing or two about what it takes to return to the Finals as defending champions, so if they believe they have the talent to do so again, it wouldn’t be wise to bet against them.

If young stars such as Moses Moody, Jonathan Kuminga and James Wiseman continue to develop, those three, along with guard Jordan Poole, will provide the Warriors with a lethal bench filled with exciting, young talent.