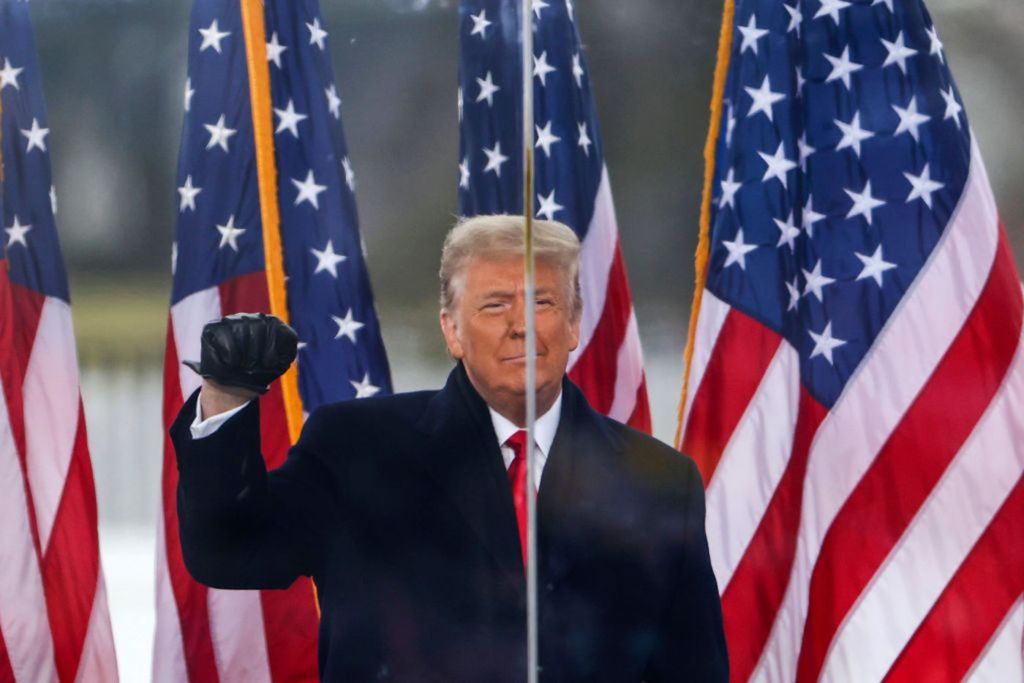 Earlier this week, the House select committee investigating the Jan. 6 riot made a little discovery: Donald Trump had invited a documentary crew to film his failed 2020 reelection campaign. Apparently few in his inner circle knew about this, and upon learning that cameras were there for some, shall we say, surely unflattering moments — and that those moments were heading the committee’s way — there was a fair amount of freaking the hell out.

But it won’t only be congressfolk who see it. As per The Wrap, the docuseries, entitled Unprecedented, has been picked up by Warner Bros. Discovery, who plan to air it on discovery+ later this summer. Made by former BBC producer Alex Holder, the series runs three parts and, per a Discover spokesperson, features “never-before-seen footage of the Trump family on the campaign trail and their reactions to the outcome of the election.”

Holder was given “unprecedented access” by the Trump team, and he wound up speaking with everyone: Trump, Don Jr., Ivanka, Jared Kushner, even Mike Pence. When news of the docseries’ existence was first made known, one former Trump official messaged Rolling Stone, writing, “What the f*ck is this?” Who knows what’s in the footage, which, again, was okayed by a then-president on the cusp of starting a failed insurrection.

Meanwhile, the existence of the footage inspired the Jan. 6 committee to postpone their next hearing all the way until July, so that they can properly review it. But the hearings have already inspired one GOP congressperson to jump Trump’s ship, though that may only pave the way for the ascension of one of his former pals.