The new Range Rover Sport SVR has been under development for a while now but the latest prototype gives us a better look at its aggressive bodywork, despite still being under wraps.

Unlike earlier prototypes, this camouflaged Range Rover Sport SVR that was spotted this week in Germany is wearing the production bumpers alongside a matching set of 23-inch alloy wheels. 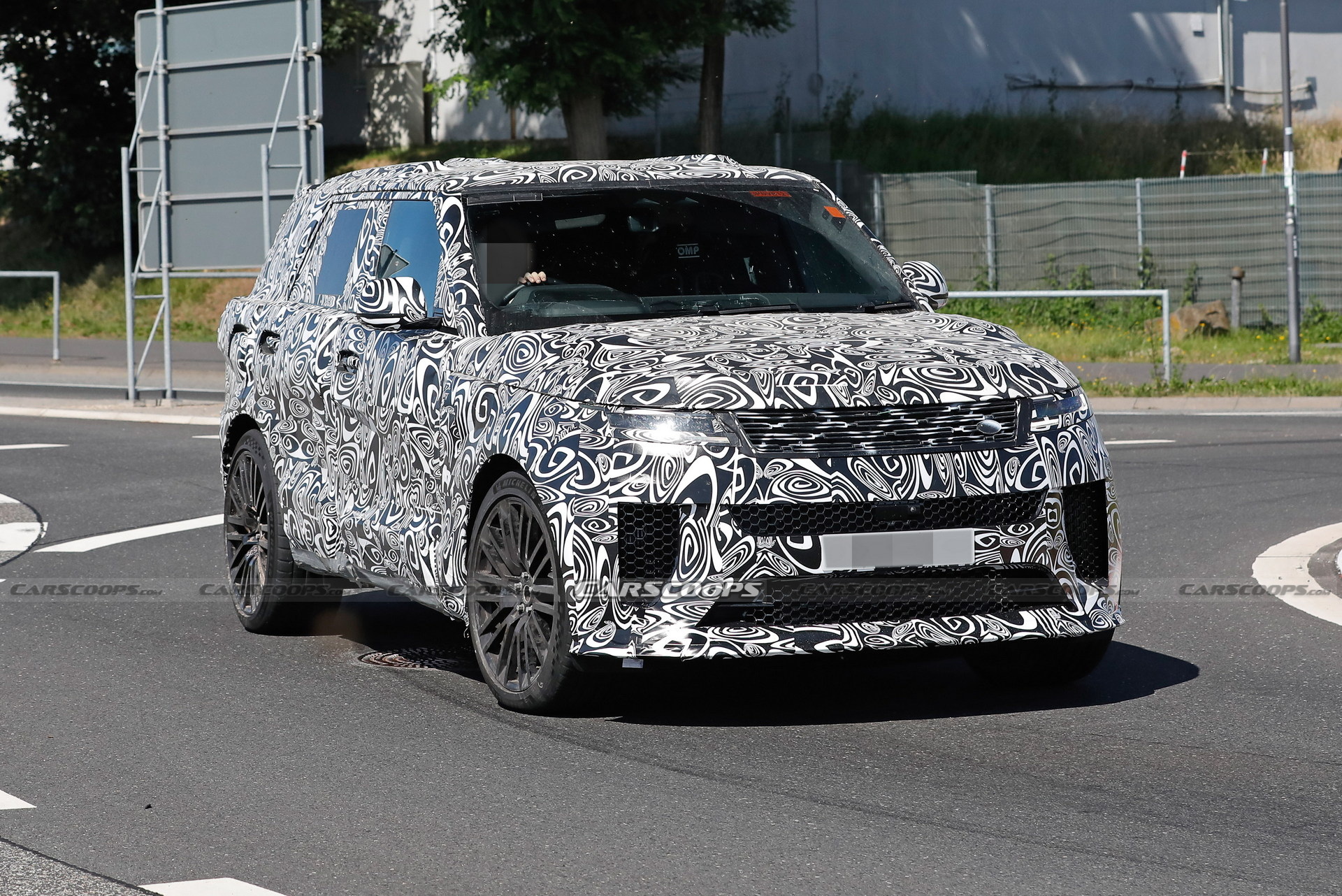 The SVR-specific bumper has larger intakes with a honeycomb pattern that is similar to its predecessor. Other differences compared to the regular Range Rover Sport include a set of deeper side sills, quad exhaust pipes, and a rear diffuser which will likely be redesigned as well. The rear spoiler appears to be the same, although an extension is possible for the final product.

And while the “regular” Range Rover Sport has been fully revealed, the SVR prototype is still wearing dummy taillight units instead of the sleek LEDs of the production model. We can also see some extra patches of plastic underneath the camouflage wrap, hiding the clean surfacing of the body. 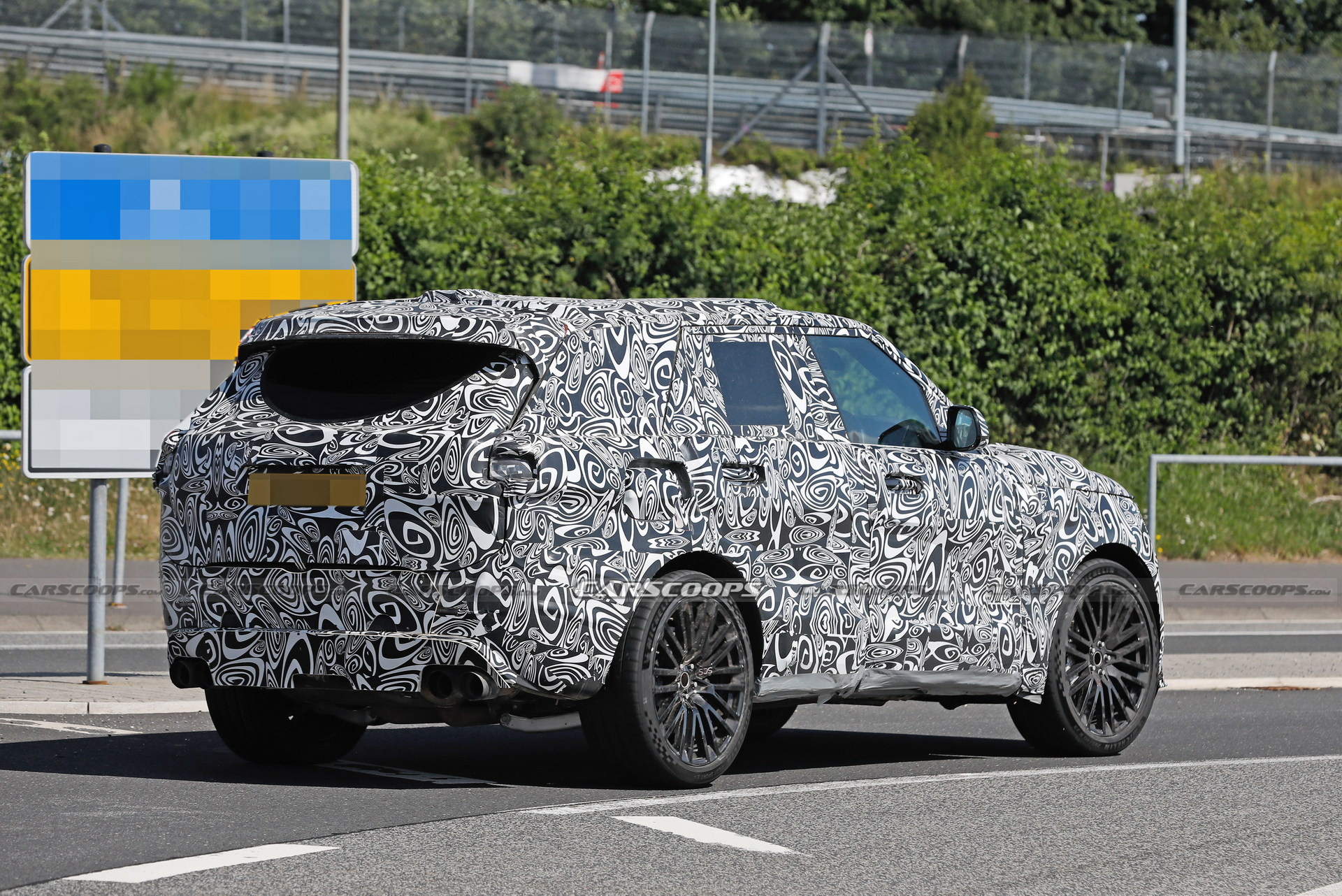 Setting aside the styling tweaks, the Range Rover Sport SVR will gain larger brakes, a new setup for the air suspension, and most importantly a more powerful version of the BMW-sourced twin-turbo 4.4-liter V8 engine offering sportscar levels of straight-line performance.

We will learn more about the Range Rover Sport SVR in the coming months as we get closer to its debut.