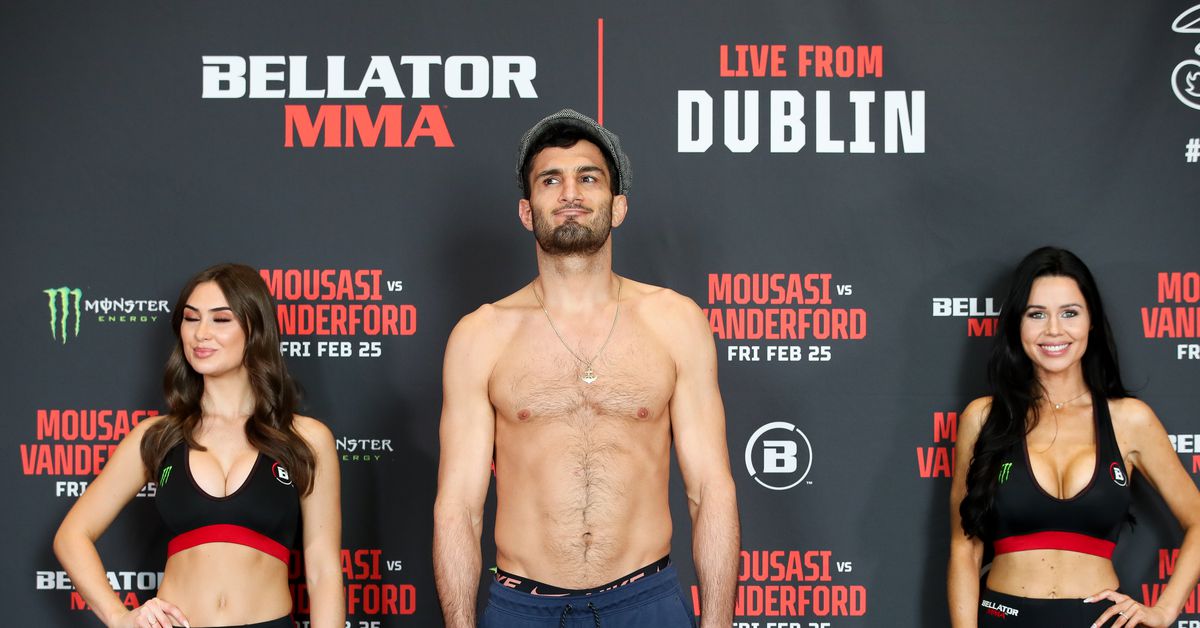 Asked how much fun he was having at the Bellator 282 media teleconference, middleweight champ Gegard Mousasi didn’t even give a number.

Hearing how much weight Mousasi needed to cut to make the 185-pound limit, it’s no wonder. As of Wednesday afternoon, he said he was 209 pounds, meaning he needed to lose 24 pounds. He successfully made championship weight Thursday morning, stepping to the scale at 185 pounds.

“Yeah, but I drank a lot of water, so I hope to pee a lot,” the champ said with a smile about 24 hours before official weigh-ins for the third defense of his second reign as titleholder. “Uh yeah, I got lazy a little bit with the weight cut. I like to eat, and I’m old and I’m tired of cutting weight. So I cheated a little bit, but I will make weight. That’s no problem.”

Mousasi has never missed weight in any major MMA promotion (in 2008, he came in heavy for a fight with Evangelista Santos in a regional Canadian show). But for someone who doesn’t like to cut weight, he certainly gave himself a lot to lose.

Mousasi said fight week is never something he looks forward to.

The miserable hunger, the long hours in planes, they’re something the champ suffers through because he has a goal in mind.

“Wanting to make more money,” he said with a sheepish grin. “That’s the thing.”

Mousasi said he could retire if he wanted. He owns several investments in his adopted home in Netherlands, including an apartment complex. It’s his family obligations that keep him going.

“[I’m] refinancing end of the year, and then it’s milking the cow,” he said. “But a little bit more money doesn’t hurt. … The thing is, I’m not one person. I could retire easily, and cannot spend all the money. But I have my brother, brother’s wife, cousin, sister, sister’s husband, children, my mother, friend, dad, my friend. So it’s always need of more.”

For some, that might not be the right reason to step into the cage. But just like dropping a mountain of weight the night before a fight, Mousasi has been doing it so long and so well, what can you say?

Johnny Eblen is his opponent on Friday at Mohegan Sun Arena in Uncasville, Conn. Fighting out of American Top Team, Eblen is coached by Muhammed “King Mo” Lawal, the opponent who smothered him 12 years ago to capture the Strikeforce light heavyweight title.

Eblen is promising a well-rounded threat, though it seems logical Lawal might suggest an easier path to victory.

“I don’t plan to lay on my back, so it’s getting right back up right away if he takes me down,” Mousasi counters.

The most recent two opponents, John Salter and Austin Vanderford, were best-suited to grind him out. Instead, they wound up concussed.

Mousasi next hopes to challenge for the light heavyweight title after champ Vadim Nemkov and Corey Anderson settle a score from a no-contest in their previous bout. Either one is a suitable to the middleweight champ. The belt is a nice accoutrement. The real benefit is a little more milk.