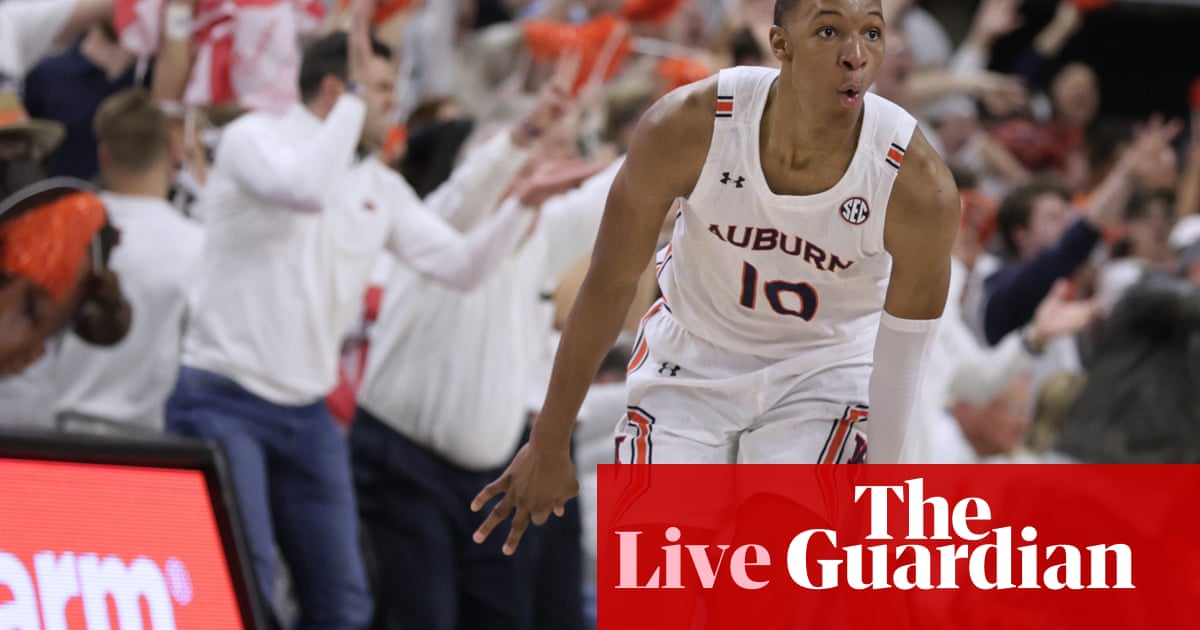 The Orlando Magic has the top overall pick and while most other places have them being rather more conservative, why shouldn’t the Magic take the big gamble of seeing where Chet Holmgren could take the team?

They almost certainly won’t, it sure looks like Smith Jr is the guy for them. Oh well, here is my list of who should be in the Top 5, solely based on how much I like them. The teams hired to make decisions, all of whom know more than me, might think differently.

Do you have thoughts? Once again, feel free to email them (to hunter.felt.freelance@theguardian.com) or tweet them (to @HunterFelt) our way.

Listen, maybe he won’t thrive in the NBA, but Chet Holmgren is certainly the most fun player available in the lottery.

So, the 2022 draft is taking place at Barclays, home of the Brooklyn Nets. I wonder if there has been any news coming out of the Nets camp in recent days?

Oh. That could be a thing: there are conflicting reports, but it’s not impossible that the Brooklyn Nets could be breaking apart. It’s almost as if Kyrie Irving isn’t the kind of player you want to entrust your franchise’s future with.

It’s okay, if Irving leaves, it sure does sound like a vocal segment of Lakers fans are interested. For those of us who enjoyed the Dwight Howard-Steve Nash experiment, there’s a certain car crash appeal of shipping him off to an LA team desperate for a quick fix.

Our own Daniel Levitt has created some infographics for today’s draft, so in theory, I’ll be posting them throughout the day’s events. If I’ve figured out how to do this correctly.

A Giants Game The role of the NBA big man has ebbed and flowed over the decades, perhaps no more so recently. But with the likes of Giannis Antetokounmpo and Joel Embiid showing that big men can protect the rim while also being a force on offense, the big man is far from dead. With Jabari Smith, Chet Holmgren and Paolo Banchero set to be taken with the top three picks in this year’s draft, it will be just the fifth time that the top three picks measure 6ft 10in and above — 2007, 2001, 1992, 1988 being the other years.

While we’ll only be covering the first round of the NBA draft here, it’s probably worthwhile to note that the total event will only last 58 picks rather than the usual 60. The Milwaukee Bucks and the Miami Heat both lost second-round draft selections for violating the league’s oblique and occasionally downright absurd tampering rules last offseason.

Every year, I forget how soon the NBA Draft comes after the NBA finals. If they had lasted until a Game 7, it would have been played on Sunday. As Draymond Green would eagerly remind you, that did not happen as the Golden State Warriors defeated the Boston Celtics in six games. Now, after giving us just a brief pause to catch our breath, the NBA is flinging itself face-first into the future as teams select the young players they hope will eventually help catapult them into a future finals.

The Orlando Magic has the top overall pick in the 2022 NBA Draft while the Oklahoma City Thunder owns the second, their highest of three picks. Experts have suggested that it’s not impossible we see a lot of NBA teams trading up over the next few hours. It seems, however, doubtful, that there will be as much movement as we saw during NFL Draft Day: NBA Commissioner Adam Silver and company won’t be coming to us live from Las Vegas, so maybe their draft won’t be quite as manic as the football one.

The conflict in this year’s draft seems to be potential upside vs. NBA readiness. The most talented player just might be Gonzaga’s Chet Holmgren but there are concerns that the rail-thin center simply doesn’t have the right body type to survive at the NBA level. Still, expect him to go in the Top 3 alongside Duke’s Paolo Banchero and Auburn’s Jabari Smith Jr, both of whom seem to be safer bets. Jaden Ivey looks like the clear No. 4 pick, but that happens to be owned by the Sacramento Kings and, well, that could end up being an issue. After that, well it’s a bit of a free-for-all, but that’s always the fun of these yearly events.

We’ll be covering the next few hours of the NBA draft chaos here at the Guardian. If you want to join in, feel free to email us your thoughts at hunter.felt.freelance@theguardian.com or tweet them to @HunterFelt and we’ll use them throughout the liveblog. The 2022 NBA Draft is set to begin at 8:00 pm EST at Brooklyn’s Barclays Center but we’ll be back well before then to catch you up on all the league happenings.

Hunter will be here shortly. In the meantime, here’s a brief rundown of tonight’s proceedings.

30) Denver (from Oklahoma City via Phoenix )