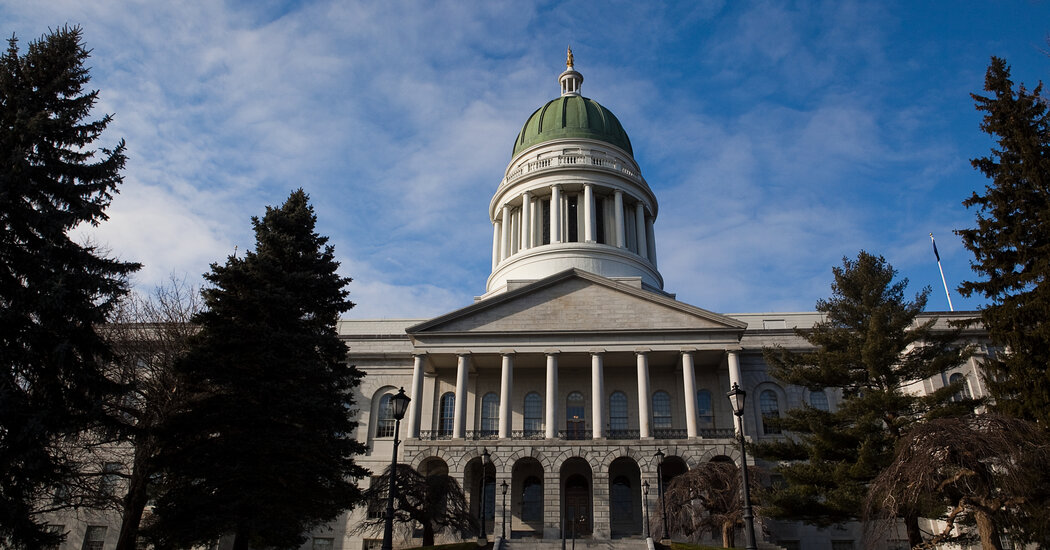 What a week so far for conservatives. On Tuesday, the Supreme Court struck down a Maine law that prohibited religious private schools from receiving taxpayer dollars. And on Thursday, it invalidated a New York State gun safety law limiting the public carry of firearms. The outcome in these cases was not surprising. The court has ruled in favor of religious litigants in an overwhelming number of cases, and the gun case’s outcome was clear from the oral argument before the justices in November.

What is surprising is how little the 6-to-3 decision in the Maine case, Carson v. Makin, will matter practically. And the reason offers a glimpse of hope for those who worry about a future dominated by the court’s conservative supermajority — including the many Americans troubled by the court’s decision in the gun case, New York State Rifle and Pistol Association v. Bruen.

Let’s start with the Carson case. Anticipating this week’s decision, Maine lawmakers enacted a crucial amendment to the state’s anti-discrimination law last year in order to counteract the expected ruling. The revised law forbids discrimination based on gender identity and sexual orientation, and it applies to every private school that chooses to accept public funds, without regard to religious affiliation.

The impact was immediate: The two religious schools at issue in the Carson case, Bangor Christian Schools and Temple Academy, said that they would decline state funds if, as Maine’s new law requires, accepting such funds would require them to change how they operate or alter their “admissions standards” to admit L.G.B.T.Q. students.

The legislative fix crafted by Maine lawmakers offers a model for lawmakers elsewhere who are alarmed by the court’s aggressive swing to the right. Maine’s example shows that those on the losing end of a case can often outmaneuver the court and avoid the consequences of a ruling.

By enacting its law, Maine was able to assure its taxpayers that they will not be complicit in discriminating against L.G.B.T.Q. students, because private schools that discriminate will be ineligible for public funds. The law will limit church-state entanglement, assuming other religious schools decline funding for the same reasons as the schools in Carson. And although nondiscriminatory private schools can still receive public funds, Maine can eliminate that program at any point — a fact the court conceded. (Whether it should is a closer question that ought to turn on the program’s impact on educational equity.)

Other states should follow Maine’s lead. A handful of blue states — including Illinois, Maryland, Nevada and Vermont — provide vouchers or similar tax-credit scholarships to low-income students to enroll in private schools. None of them, however, enacted a statute prohibiting funds-receiving private schools from discriminating against L.G.B.T.Q. students. Legislation that would do so is pending in Maryland’s legislature, the General Assembly. Lawmakers there should quickly enact it. Other states should also prohibit such discrimination.

And lawmakers troubled by the court’s gun safety decision and worried about the looming ruling on abortion should also take a page from Maine’s playbook.

Now that the court has struck down New York’s limits on who may carry guns in public, state lawmakers there and in other states should pass new laws to deter gun violence. Justice Clarence Thomas’s majority opinion made clear that the constitutionality of restrictions is historically “settled” in “sensitive places” such as legislatures, courtrooms and polling locations, and that “modern regulations” may “prohibit” the carry of firearms in “new” places. Given that, states should enact an expansive list of so-called sensitive places where guns may not be carried. Though Justice Thomas did not specify which those might be, during oral arguments in November, several justices pondered that they might include public transportation, crowded venues, university campuses and places where alcohol is served.

Justice Brett Kavanaugh noted in a concurrence joined by Chief Justice Roberts, moreover, that while states may not impose restrictions that prevent “ordinary, law abiding citizens” from carrying a gun to defend themselves, states can still enact rigorous requirements for a public carry permit, such as stringent background and mental health records checks and completion of regular training courses.

Another promising reform for states to consider would be to require gun owners to possess firearm liability insurance. Not only would such a requirement ensure that victims of gun violence can recover for their losses and “provide financial incentives for responsible arms carrying,” but it also draws strong historical support from a host of 19th century “surety laws” recognized in the court’s opinion.

We’re still awaiting the court’s abortion decision in Dobbs v. Jackson Women’s Health Organization. If Justice Samuel Alito’s leaked draft opinion overruling Rode v. Wade becomes law, states that support abortion rights should respond with every means at their disposal. Lawmakers should act vigorously to ensure that abortion providers are able to serve out-of-state patients unable to obtain care in their home states. At the national level, the Biden administration should argue that Food and Drug Administration rules permitting the use of mifepristone to terminate a pregnancy override contrary state laws. Congress should also continue working to enact the Women’s Health Protection Act to enshrine a right to abortion as a matter of federal law, even though the filibuster remains an obstacle.

Last fall, Justice Sonia Sotomayor, for whom I clerked in 2013-2014, predicted that there would be “a lot of disappointment in the law” in the current court term. We are now seeing why. For understandable reasons, some critics of the current court have girded for a battle to expand the number of justices. Maine has shown another promising path. Sometimes, the best way to protect against overreaching by the conservative court is through good old-fashioned lawmaking.

Aaron Tang (@AaronTangLaw) is a law professor at the University of California, Davis, and a former law clerk to Justice Sonia Sotomayor.