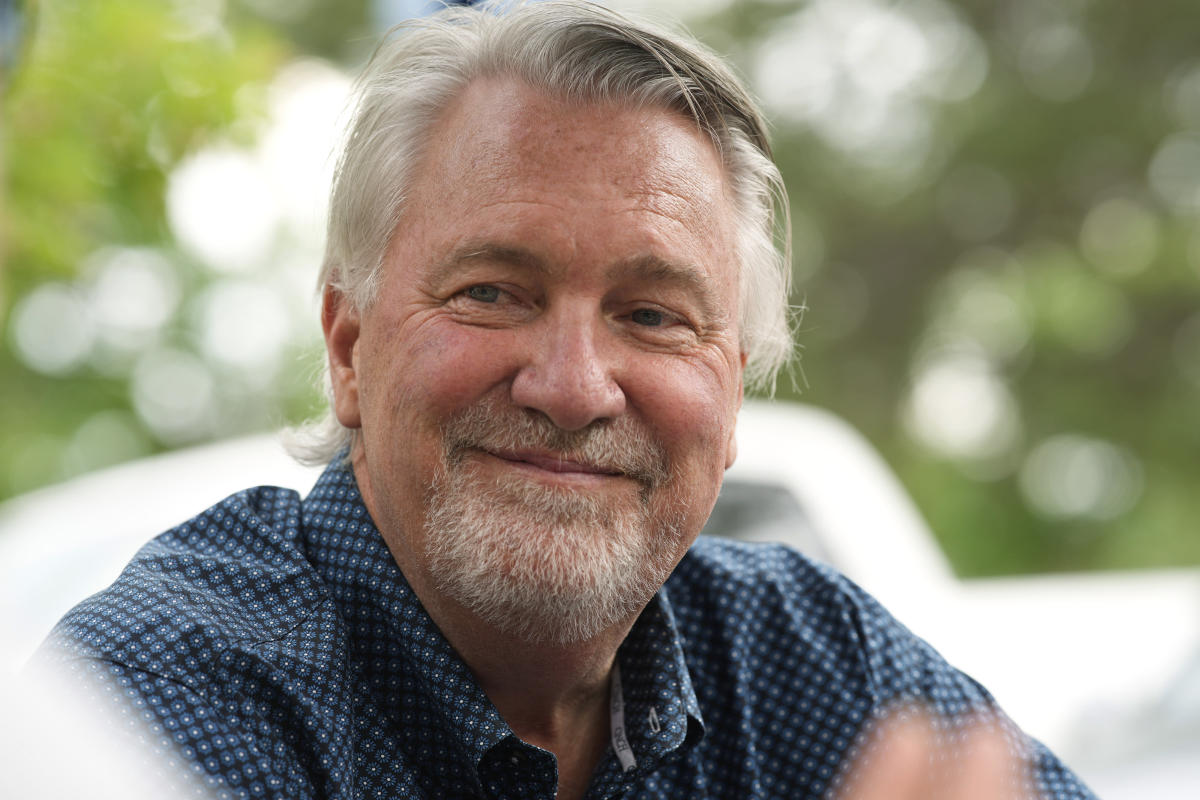 DENVER (AP) — Joe O’Dea stood before hundreds of social conservatives and uttered words they were unaccustomed to hearing from a Republican U.S. Senate candidate: “I know my position on abortion isn’t the same as all of yours.”

O’Dea, a businessman who has spoken publicly about his support for abortion rights, told the crowd that he backs a ban on late-term abortions and government funding of abortions. But, he said, the decision to terminate a pregnancy in the initial months is “between a person and their God.”

On other issues, O’Dea sounds like a typical conservative. He wants to cut back government regulation and expand oil and gas production, and he opposes gun restrictions. But his support for abortion rights stands out in a Republican Party in which opposition to the procedure has become a bedrock principle.

His top rival in Tuesday’s primary is state Rep. Ron Hanks, who opposes abortion in all circumstances. The two are competing to take on Democratic Sen. Michael Bennet, who won his first Senate race in 2010 by hammering his GOP challenger over opposition to abortion rights.

Republican voter Carla Davis, who describes herself as “100% pro-life,” thinks O’Dea will be a stronger candidate in the general election against Bennet in a state that has voted down initiatives to limit or ban abortion four times since 2008.

“You’ve got to concede on small things to make things work,” said Davis, a 60-year-old marketing executive who attended a recent O’Dea event.

Still, if O’Dea does win the Republican primary, it will partly be due to a financial advantage rather than a strategic choice by GOP voters. He has spent more than $600,000 of his own money on his Senate run, while Hanks’ campaign has raised less than $60,000.

Hanks, who said he marched to the U.S. Capitol on Jan. 6 but did not enter the building during the insurrection, said O’Dea’s views do not align with those of most Republican primary voters.

“His policy positions would put him to the left of Mitt Romney,” Hanks said in an interview. “The message is not Republican, it’s not conservative, it’s not pro-life.”

Hanks has gotten some help from a Democratic group that sees him as an easier opponent for Bennet. The group spent $800,000 on ads designed to tout his candidacy in the GOP primary, warning that he’s “too conservative” for backing a complete abortion ban and letting anyone carry firearms in public.

Conservatives fear something similar would happen if Hanks is the nominee. “Rather than talking about the economy, rather than talking about inflation, you’ll be talking about abortion,” said Mario Nicolais, a lawyer and activist who left the Republican Party partly over criticism he received after backing a ballot measure to ban abortions at 22 weeks — the critics wanted abortion banned completely.

To Nicolais, that demonstrates how rigid some Republicans are in their opposition to abortion rights, part of what has marginalized them in the state. The 22-week ban failed at the polls in November 2020, just as voters rejected other initiatives to limit or ban abortion in 2008, 2010 and 2014.

Colorado in 1967 became the first state to loosen restrictions on abortion, six years before the U.S. Supreme Court decision in the case of Roe v. Wade guaranteed the right to an abortion nationally in 1973. This year, the Democratic-controlled legislature passed a law guaranteeing full access to abortion in the state even the Supreme Court overturns Roe. A leaked draft opinion from the high court indicates that could happen by the time the court’s term ends this month, around the same time as Colorado’s Tuesday primary.

Bennet’s campaign has cited that looming decision as a reason for Colorado voters to be wary of the GOP.

“Both Republican candidates are too far right for our state,” spokesperson Georgina Beven said in a statement. “Coloradans have an even deeper sense of urgency now to elect pro-choice candidates this November, and Michael will always be committed to protecting women’s reproductive rights in the US Senate.”

If O’Dea were to be elected, he would join Sens. Susan Collins of Maine and Lisa Murkowski as the only Republican senators who publicly support Roe v. Wade.

Still, the state is home to a core group of strong opponents of abortion rights, including many religious groups alarmed at the prospect of not having a like-minded candidate on the Senate ballot in the fall.

“The dignity of every person — born and pre-born — should be unassailable and non-negotiable,” said Paul J. Batura, a spokesperson for the religious group Focus on the Family, which is not involved in the primary. “Come November, Coloradoans and voters everywhere deserve the opportunity to express their pro-life convictions at the ballot box.”

The biggest conservative event in the state is the Western Conservative Summit, sponsored by Colorado Christian University. It was there, in a vast resort near Denver International Airport, that O’Dea got a polite reception from the crowd, which was largely quiet while he briefly discussed abortion. Hanks, who preceded him, was greeted with roars when he outlined his unyielding stance on the issue.

O’Dea jabbed at Hanks, a former Army intelligence officer who unsuccessfully ran for Congress in California in 2010. Hanks said he opposed abortion, but his campaign literature said he held “a measured and narrow window for medical experts.” That caveat led O’Dea to accuse Hanks of “having his finger in the wind.” Hanks, in an interview, said he changed position because improvements in medical technology make it easier to save a mother’s life in case of complications.

But most of O’Dea’s speech didn’t involve abortion, an issue that he says he never hears about from voters. Most voters, O’Dea said in an interview, are worried about inflation and crime, two issues he’s hit relentlessly on the campaign trail.

A political novice, O’Dea has donated to both Democrats and Republicans in the past. He gave $500 to Bennet in 2010. O’Dea said that he made most of his donations to Democrats when he chaired a construction industry organization that paid to attend campaign fundraisers and that he’ll ask for his money back on the debate stage.

O’Dea says he voted twice for Donald Trump but that he has no opinion on whether the former president should run again and volunteered that he liked Florida Gov. Ron DeSantis, a potential Trump rival in 2024’s GOP primary. O’Dea said he supported Trump’s nominees to the Supreme Court, who are among the justices who appear to back overturning Roe, and saw no contradiction between that and his views on abortion.