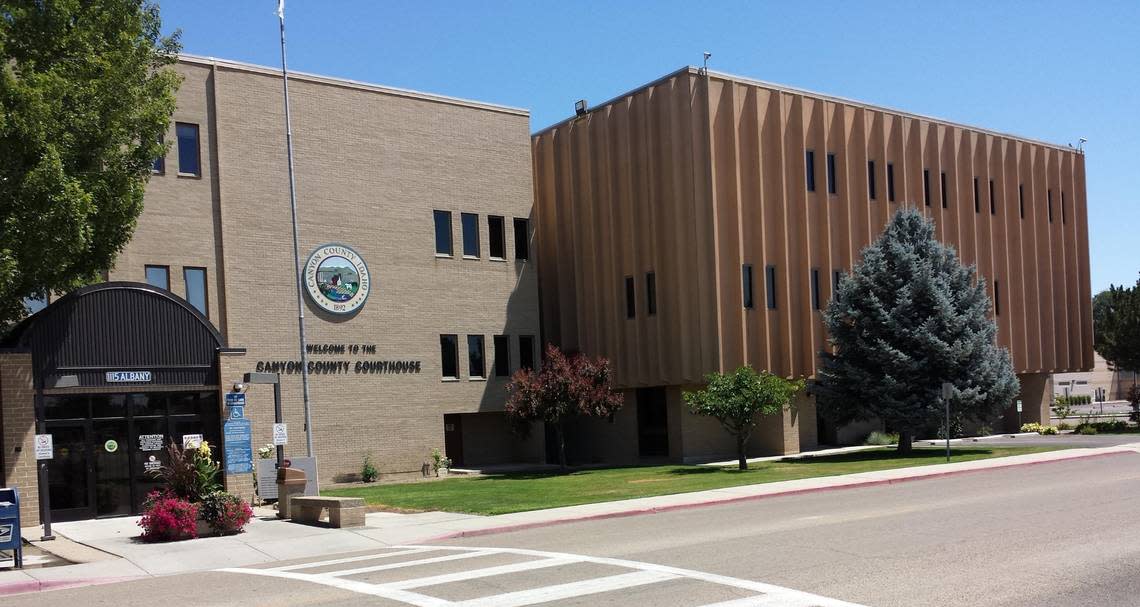 Emails obtained by the Idaho Statesman show that Canyon County officials were hesitant to recognize Juneteenth as a paid federal holiday.

“I am completely opposed to Juneteenth,” said Canyon County Clerk Chris Yamamoto in an email to fellow elected officials last year “But (I) understand the dilemma ignoring the holiday would pose.” The email chain discussed how the county would recognize the year-old federal holiday.

On Oct. 1, 2021, the Canyon County commissioners had a public meeting to discuss how to recognize Juneteenth — recognizing and celebrating the effective end of slavery in 1865 — the following June. The two commissioners who attended believed banks and the federal reserve would not be closed on Monday, June 20, to recognize Juneteenth. They decided during that meeting to mark Juneteenth on the county calendar, but to not give employees the day off and to not close county offices.

“We do also honor Human Rights Day in January so if we were to do anything I think we should just recognize Human Rights Day and this year not change anything related to Juneteenth,” said Commissioner Keri Smith during the meeting.

“It is important that we recognize Juneteenth and its significance to the African-American community and on the lives of all Americans,” said Meridian Mayor Robert Simison last year. “As a city, we look forward to honoring and incorporating this holiday into the city’s future operations.”

Meridian City Hall was closed Monday and city employees got paid time off, which is standard for federal holidays.

The city of Boise recognized Juneteeth on Monday with closed offices and gave employees a paid holiday off.

Eagle, Kuna and Nampa did not mark the holiday as a normal federal holiday, the Idaho Press reported. Kuna and Eagle city buildings were open. Nampa employees were allowed to have the holiday off with pay as a “floating holiday,” according to the newspaper.

Caldwell also did not mark Juneteenth this year. The city sent out a press release to media on Tuesday that it later edited. The edit explained that Mayor Jarom Wagoner would propose observation of the holiday, and the council is scheduled to vote on Thursday, July 7.

Idaho courts did not close for Juneteenth in 2021, but this year they did.

In a meeting for Canyon County’s elected officials not long after the Oct. 1 discussion about Juneteenth, the county realized that state offices would be closed in 2022.

An audio recording of the meeting obtained by the Statesman showed that Brian Stender, Canyon County assessor, said that with Idaho Transportation Department offices closed, it would leave the county-run Department of Motor Vehicles office with few resources to conduct business.

Commissioners Smith and Leslie Van Beek expressed concern with giving county employees another day off, with Smith noting during the meeting that they have 10 federal holidays already. She added that over the past year, county employees also got cost-of-living adjustments in their pay scales.

Yamamoto again voiced opposition to Juneteenth, saying he thought there to be too many recognized federal holidays.

“Private businesses have to stay open, I think we should work,” Van Beek said during the meeting.

The commissioners finally concluded later in October that Canyon County would give employees the holiday off and close buildings.

Juneteenth is not one of the 10 holidays recognized by Idaho code, the Statesman has previously reported, and that action would have to be taken by the Idaho Legislature.

A renewed push to recognize Juneteenth as a federal holiday happened shortly after the police killing of George Floyd in Minnesota in 2020, The Associated Press has reported. But many local governments across the country have failed to give employees the paid day off.

“That trend infuriates Black leaders and community organizers who view making Juneteenth a paid holiday the bare minimum state officials can do to help honor an often overlooked and ignored piece of American history,” according to the AP.

Juneteenth, a shortened version of “June Nineteenth,” specifically recognizes June 19, 1865, when Union soldiers brought news of emancipation to enslaved Black people in Texas, two and a half years after the Emancipation Proclamation. The holiday has been celebrated in the Black community for years.

In an emailed statement, the ACLU of Idaho said it recognizes Juneteenth as a “needed, paid federal, state and local holiday.”

“We take the lead from our community partners in supporting the recognition of this paid holiday that allows our Black relatives the rest and joy they deserve toward liberation, a promise written into the Declaration of Independence and the Constitution that went unequally delivered for too long,” said Les Hutchinson Campos, communications specialist for the Idaho ACLU, in an email.

“Idaho was one of the last state’s to recognize Martin Luther King Jr. Day, let’s not be the last once again with Juneteenth, an American holiday.”