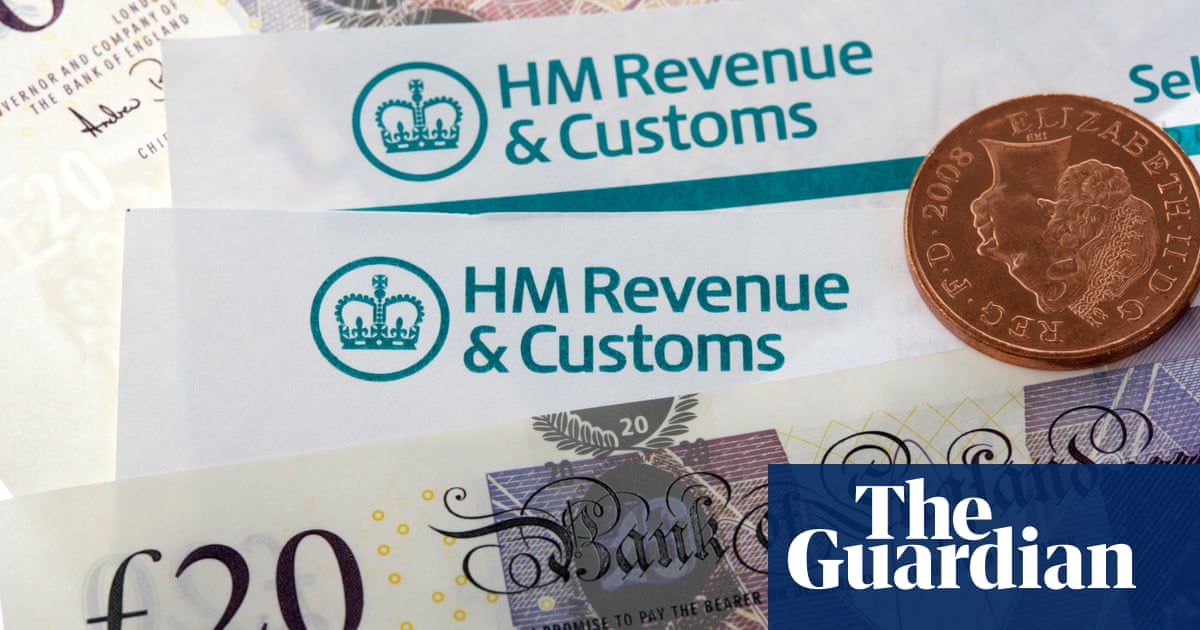 The government’s tax collectors were accused on Thursday of underestimating the tax gap – the difference between the expected income for the exchequer and actual receipts – after official figures showed it was unchanged during the first year of the pandemic.

HMRC said there was a 5.1% shortfall worth £32bn in the 2020-21 financial year, the same as the period before the pandemic took effect. It said fraud accounted for £2bn of the total – despite widespread concerns that tens of billions of pounds worth of pandemic spending by the government was lost to fraud.

Tax expert Richard Murphy said the assessment of tax losses to the exchequer was “half-hearted” and a more comprehensive review would probably have found losses from the hidden economy were much higher.

“The report found there was virtually no money that went missing during the pandemic. That cannot be an accurate reading of the situation,” he said.

The tax authority said a failure to take reasonable care, criminal attacks, non-payment and evasion were among the main reasons for the tax gap in 2020-21 in terms of behaviour.

Small businesses were responsible for nearly half of the tax gap, at about 15.6bn, according to HMRC’s data, with VAT underpayments accounting for the second biggest chunk of the total at £9bn. Losses from income tax, national insurance contributions and capital gains tax accounted for the biggest loss of £12.7bn in 2020-21 while fraud only accounted for £2bn of the total.

Rachael Griffin, tax and financial planning expert at the investment firm Quilter, said HMRC had shown it was unable to reduce the tax gap after a run of six years when it remained at a similar level.

“The stability of the tax gap over the last few years points to there needing to be a radical change if we are going to ensure that the public coffers are refilled particularly after they have been so heavily drained due to Covid.

“The Treasury coffers cannot afford the continuation of this level of tax gap, the missing £32bn would be a welcome boost to the economy.

During the first year of the pandemic, HMRC said in a separate report that Covid restrictions limited its ability to pursue and prosecute alleged fraudsters.

Dawn Register, head of tax dispute resolution at the accountants BDO said: “While it was understandable that HMRC paused investigations during the Covid-19 lockdowns, civil fraud powers should now be used to clamp down on individuals and businesses who evade tax.”

Jonathan Athow, director general for customer strategy and tax design at HMRC, admitted that many of its estimates of underpayments could be inaccurate and losses could be much higher.

“The estimate for the 2020 to 2021 tax gap is the best assessment based on the evidence available at this time.

“There is some uncertainty for the tax gap estimates for the first year of the pandemic and estimates could be subject to revisions in future years,” he added.

The report found that there was a “very high” chance that more households and businesses underpaid income tax and national insurance, and there was a similarly “very high” likelihood property buyers could be evading or avoiding stamp duty payments, or forgetting to inform HMRC of capital gains.

Avoidance is a legal activity to minimise tax payments with the tax rules and regulations while evasion is a breach of the law.

Murphy continued: “With the greatest of respect to HMRC officials, they mark their own homework when it comes to the tax gap and it is simply impossible that the answer is always the same.

“That is especially true when it comes to a year when Covid fraud was rampant.”