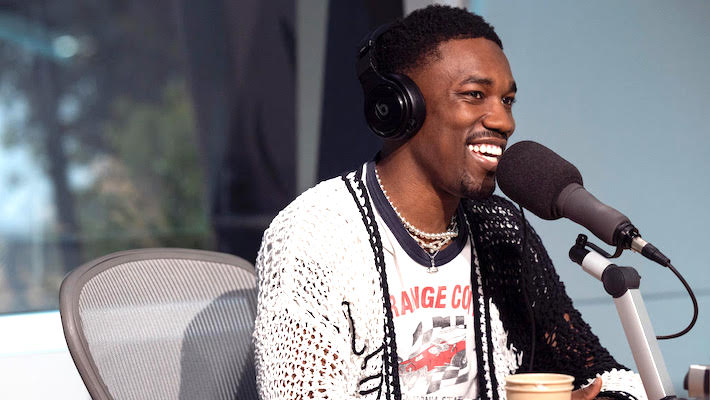 Giveon’s career took a huge turn for the better in 2020. That year, he opened and closed his heart with the world thanks to a standout collaboration with Drake and two EPs: Take Time and When It’s All Said And Done. The two EPs were later combined into one effort, with the addition of one song, for a body of work titled When It’s All Said And Done… Take Time. That project did not stand as Giveon’s official debut album, as that is set to arrive later this week with Give Or Take. During a recent interview on Apple Music, Giveon revealed what he believes is the most important part of his process towards creating music.

“So my process is I really think the story is the most important part,” he said during his conversation with Apple Music’s Zane Lowe. “Simply because I think that’s what’s going to make someone go back to it. That’s definitely what’s going to make me play it over and over again. So I like to have the story first. The thing about storytelling for me is you have to make sure it’s digestible as well.” Later on in the interview, Giveon also took a moment to share his feelings about criticism.

He later added, “As far as criticism, it’s art as well. You know? If I’m telling you a story about my heartbreak, it’s at my discretion. You can’t say, tell me how you got your heart broken in other ways. It’s like, no. Just go listen to something else. I don’t even think anything would be bad necessarily. It’s just either it’s for you or it’s not.”

You can watch the full sit-down in the video above.

Give Or Take is out 7/24 via Epic Records. You can pre-save it here.