THE highly publicized Petito-Laundrie lawsuit is a “reach,” according to a renowned law professor, who said he wouldn’t be “surprised” if it’s tossed out.

The Petitos sued the family of Brian Laundrie – Gabby’s fiance who authorities said claimed responsibility for her death in a suicide note – for withholding information while their daughter was missing.

The Laundries’ lawyer filed a motion to dismiss the lawsuit, and both sides presented their arguments in Sarasota County, Florida court on Wednesday.

In a short summary, the Laundrie family attorney Matthew Luca said in court that they had a right to remain silent while law enforcement looked for Gabby.

Their lone statement was released through another family attorney Steve Bertolino, who said he hoped Gabby is found and reunited with her family. 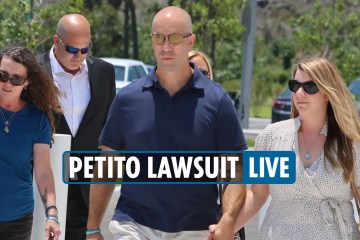 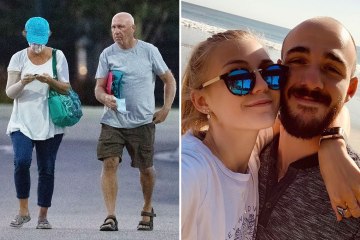 The presiding judge – Hon. Hunter Carroll – questioned both lawyers, but “appeared to be skeptical” of the Petito’s side, Bennett Gershman told The Sun in an exclusive interview.

The longtime, well-respected law professor at New York’s Elisabeth Haub School of Law at Pace University has been following the case since the beginning and watched the hearing like many others.

He said he believed the lawsuit was a “reach” all along, and “today’s hearing confirmation that opinion.”

“First, it is virtually unprecedented to base a lawsuit for intentional infliction of emotional distress on a defendant’s silence. Even the plaintiff’s lawyer acknowledged as much,” Gershman said.

“And even if we assume that the statement of the (Laundrie’s) lawyer could be attributed to the defendants, which is not at all clear, that statement by itself, along with the defendants’ having done nothing affirmative to injure the [Petitos], was not nearly enough to make out the tort.”

Having what Gershman described as a “moral duty” to speak up if they had information, the Laundries “had no legal duty to do so.”

“Moreover, the arguments over the need to show outrageous conduct by a defendant in this type of lawsuit, from the cases cited, some of which I knew about, confirms my opinion of the weakness of the lawsuit,” Gershman said.

Even if one assumes the Laundrie family knew what Brian did – which is what the judge has to do when determining if a case is dismissed or not – their actions are “arguably offensive and intolerable.”

“It is not outrageous as the courts construe that term,  and is a far cry from the outrageous conduct shown in the other cited cases,” Gershman said.

There’s also a “substantial” first amendment issue that was argued.

“It seems to me that if the government is unable to force someone to speak without using coercive methods (namely, subpoena, grand jury, immunity), a private party would have much less ability to do so,” he said.

With all that being said, Gershman said he would be “very surprised” if the judge allowed the case to go to trial.

Judge Carroll will consider the arguments and said he’ll come back with a decision in two weeks.

Gabby’s parents Nicole Schmidt and Joe Petito, who divorced and remarried, held their spouses’ hands as they walked to the courtroom together.

The Sun captured the moment in exclusive photos and video.

Schmidt clutched her necklace locket that holds Gabby’s ashes, and they all wore “Justice for Gabby” bracelets, which are meant to represent Gabby’s life; not her death, her parents said.

After the hearing, Schmidt held out a small prayer card that their lawyer said was made by a well-wisher from Australia who drew an image of Gabby as an angel.

No one from the Laundrie family appeared in court. Their lawyer didn’t address the media after the hearing.