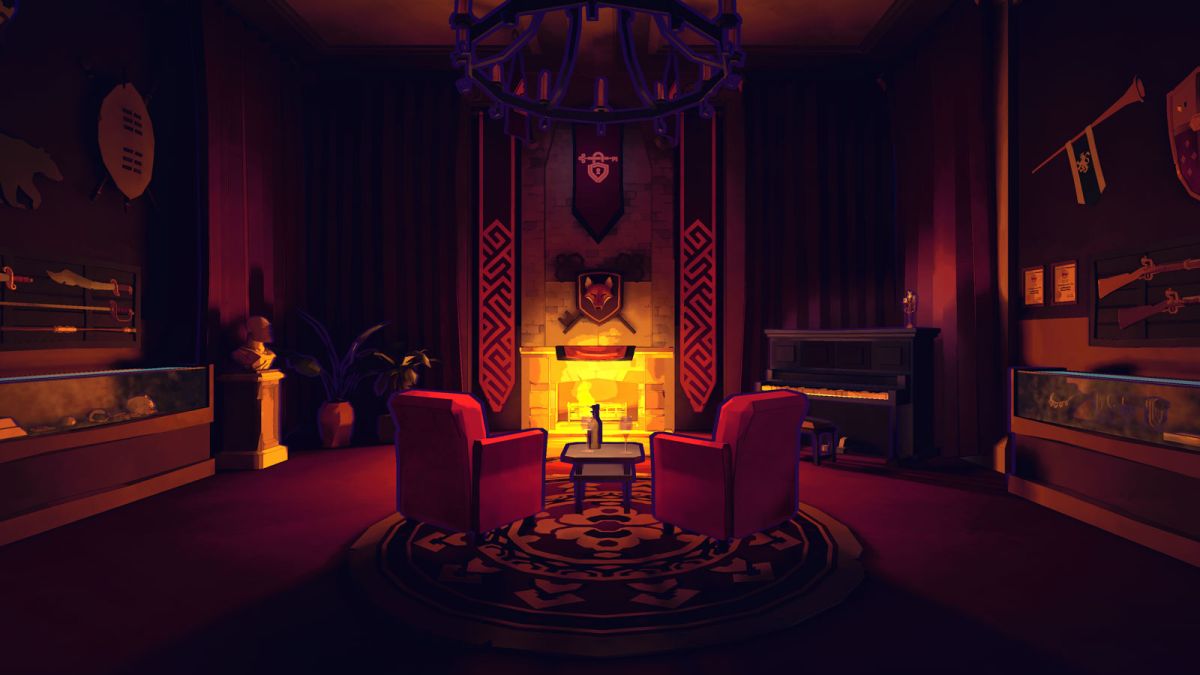 The best thing about escape rooms is being physically present in a completely unique space: a twist on the classic secret passage-filled mystery mansion. Escape Academy (opens in new tab), which I played at last week’s Summer Game Fest, can’t recreate that physical presence in videogame form. But it did put me in a room with rising water that would drown me if I didn’t solve its puzzles quickly enough, and that is something you could never do in a real escape room, which is exactly what I hoped a videogame spin on escape rooms would give me.

Escape Academy is a bit of a strange mix of narrative and puzzling—you’re a student at a sort of Hogwarts-for-puzzle-solvers and can chit chat with the faculty and explore the campus, but I skipped past all that in my demo to jump straight into an escape room. Along with a co-op partner, I had to work through an industrial building several floors high as water flooded the room.

With another player, Escape Academy really captures the satisfaction of piecing together little snippets of information until a solution snaps into focus. I held up a diagram so my partner could figure out the bizarre symbolic combination on a safe. I placed lined tiles on a wall until they coalesced into letters that got us through the door to the next floor. We figured out how to use an underwater camera to spot a clue that couldn’t exist in a real life escape room. The 25 minutes or so it took us to race to the finish reminded me of how much I miss real escape rooms.

Escape Academy filled that void better than I expected, and I’d say it has the makings of a great party game. You can technically only have two players in co-op, but I want to pile half a dozen onlookers into the living room to shout advice at whoever gets stuck with a controller. This is how you get your parents into speedrunning.

The water gimmick in Escape Academy made me eager to see what some of the campus’s later escape rooms look like. I hope it leans further into puzzles and situations that would be impossible or way too dangerous to build in real life. Ingenious puzzles can’t rescue an escape room from a boring theme. I’m game to crack some morse code or press buttons in a sequence based on the phases of the moon as long as an escape room gives me a good reason to do either, but if the theme is “you’re locked in a room until the serial killer comes back,” I have a hunch an escape room isn’t going to impress me with its creativity or its immersion.

The Escape Academy room I did was promising, but visually was about as interesting as a storage closet. I’d say it was a strong theme with only a so-so execution. There’s no excuse not to go nuts with every single level, here.

Let me escape a supervillain’s volcano lair. Hit me with some time travel shenanigans. Set an actual killer clown hot on my heels. If the final level isn’t set in space, it’ll be a damn shame. Lunar escape room or bust!

I don’t know if Escape Room is going to go quite as outlandish as I’d like, but it is already doing more than I expected with its escape room themes. Co-op cemented it for me: I’m going to be shooting for straight As in escapeology come July, and hopefully not drowning before I get my diploma.