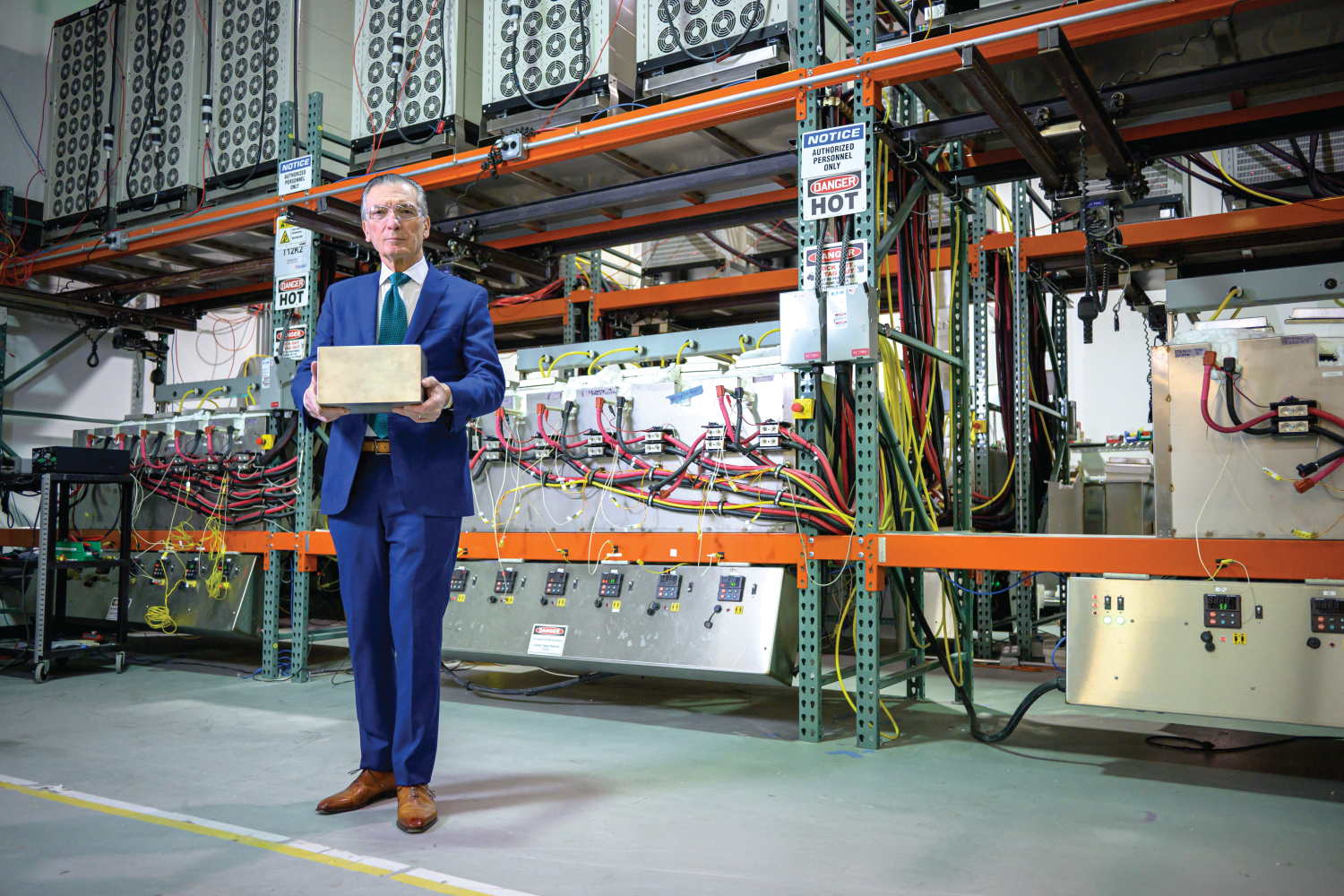 MIT Professor Donald Sadoway has won the 2022 European Inventor Award, in the category for Non-European Patent Office Countries, for his work on liquid metal batteries that could enable the long-term storage of renewable energy.

Sadoway is the John F. Elliott Professor of Materials Chemistry in MIT’s Department of Materials Science and Engineering, and a longtime supporter and friend of the Materials Research Laboratory.

“By enabling the large-scale storage of renewable energy, Donald Sadoway’s invention is a huge step towards the deployment of carbon-free electricity generation,” says António Campinos, president of the European Patent Office. “He has spent his career studying electrochemistry and has transformed this expertise into an invention that represents a huge step forward in the transition to green energy.”

Sadoway was honored at the 2022 European Inventor Award ceremony on June 21. The award is one of Europe’s most prestigious innovation prizes and is presented annually to outstanding inventors from Europe and beyond who have made an exceptional contribution to society, technological progress, and economic growth.

When accepting the award in Munich, Sadoway told the audience:

“I am astonished. When I look at all the patented technologies that are represented at this event I see an abundance of excellence, all of them solutions to pressing problems. I wonder if the judges are assessing not only degrees of excellence but degrees of urgency. The liquid metal battery addresses an existential threat to the health of our atmosphere which is related to climate change.

“By hosting this event the EPO celebrates invention. The thread that connects all the inventors is their efforts to make the world a better place. In my judgment there is no nobler pursuit. So perhaps this is a celebration of nobility.”

Sadoway’s liquid metal batteries consist of three liquid layers of different densities, which naturally separate in the same way as oil and vinegar do in a salad dressing. The top and bottom layers are made from molten metals, with a middle layer of molten liquid salt.

To keep the metals liquid, the batteries need to operate at extremely high temperatures, so Sadoway designed a system that is self-heating and insulated, requiring no external heating or cooling. They have a lifespan of more than 20 years, can maintain 99 percent of their capacity over 5,000 charging cycles, and have no combustible materials, meaning there is no fire risk.

In 2010, with a patent for his invention and support from Bill Gates, Sadoway co-founded Ambri, based in Marlborough, Massachusetts just outside Boston, to develop a commercial product. The company will soon install a unit on a 3,700-acre development for a data center in Nevada. This battery will store energy from a reported 500 megawatts of on-site renewable generation, the same output as a natural gas power plant.

Born in 1950 into a family of Ukrainian immigrants in Canada, Sadoway studied chemical metallurgy specializing in what he calls “extreme electrochemistry” — chemical reactions in molten salts and liquid metals that have been heated to over 500 degrees Celsius. After earning his BASc, MASc, and PhD, all from the University of Toronto, he joined the faculty at MIT in 1978.