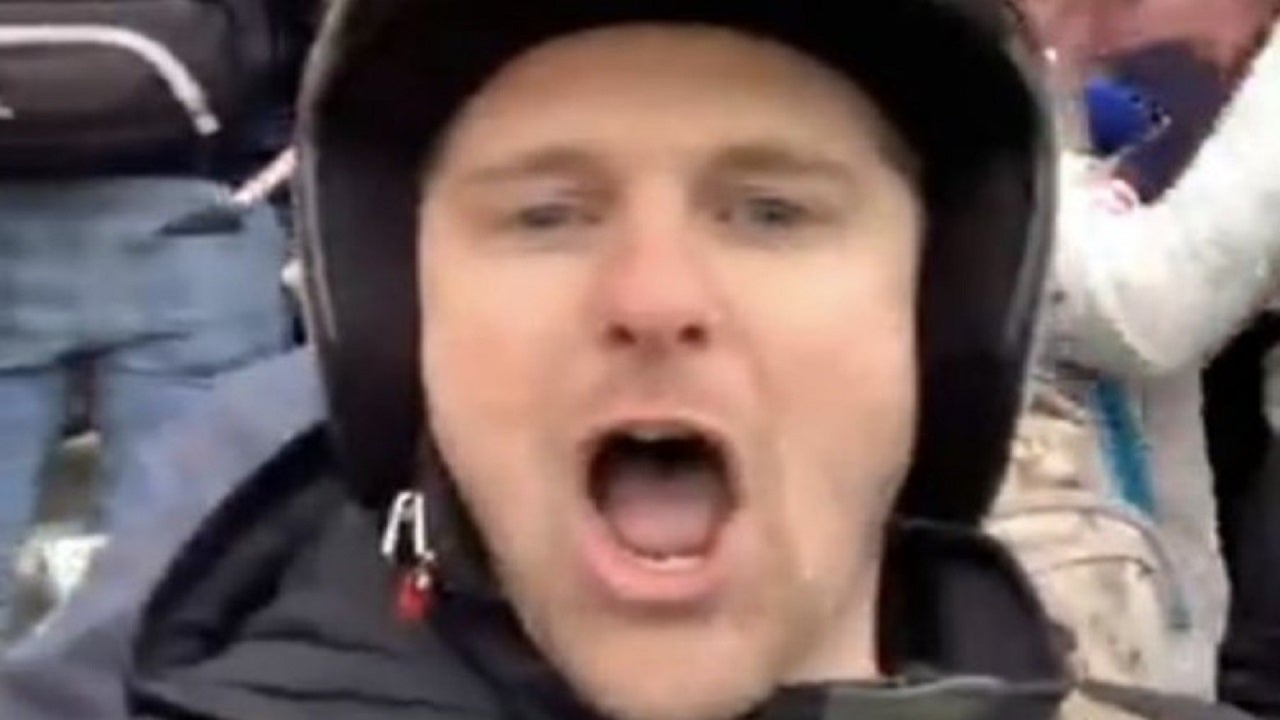 Former West Virginia legislator Derrick Evans, who livestreamed himself storming the U.S. Capitol on Jan. 6, has been sentenced to three months in prison.

Evans, 37, went live on Facebook as mobs of Donald Trump supporters overran the Capitol. He could be seen shouting, “The revolution has started!” as he egged on rioters carrying poles, stolen police shields and fire extinguishers.

Evans had been sworn in as a Republican state delegate just a few weeks before the Capitol attack, and was arrested two days after rioters stampeded the nation’s seat of government. He pleaded guilty in March 2022 to a felony charge of civil disorder.

At his sentencing hearing Wednesday, Evans told the judge he regretted his actions in the 2021 insurgency.

Prosecutors had sought the three-month sentence, saying Evans was a leader in the chaos, and had encouraged his fellow insurgents to storm the building, where the vice president and Congress members were certifying the 2020 presidential election results declaring Democrat Joe Biden the winner.

U.S. District Judge Royce Lamberth told Evans the three-month sentence was necessary, given the seriousness of Evans’ behavior. The judge also said the sentence was meant to be a deterrent to others contemplating violence against the government.

“I don’t want another riot (in) the next election. I don’t want this to happen again, so I’m going to do what I can,” the judge said.

After his arrest, Evans resigned one month before the start of the legislative session. He never served a day in the state chamber.

Before he filmed himself among the rioters, Evans had spent time outside of a health clinic filming and shouting at women he assumed were there to terminate a pregnancy. His conduct, which he allegedly carried out with a gun on his person and under the guise of the First Amendment, continued until he was ordered by a court to not contact one of the women who volunteers at the clinic.

Even when Evans was unable to picket the clinic, individuals with whom he had socialized and were believed to be part of the alleged hate group, the Oath Keepers, could be counted on to be there, Inside Edition Digital reported last year.

While many were shocked to read the news that an elected state lawmaker had filmed himself taking part in the assault on the Capitol on Jan. 6, those familiar with Evans told Inside Edition Digital in 2021 that it came as no surprise to learn he had participated. In fact, they said, it appeared to be a natural progression of what began outside that women’s clinic in Charleston.

Rusty Williams, a Women’s Health Center board member and patient escort, told Inside Edition Digital last year that Evans would make it a point to drive the hour from his home in Wayne County to the clinic in Charleston every Wednesday and Thursday and would “terrorize the patients.” Public records confirm Evans lives about an hour and 10 minutes from the clinic.

“It didn’t matter what they were going in for. If it was a teenager going in to get birth control, they were all baby killers,” said Williams, who himself launched an unsuccessful campaign for a seat in the West Virginia House of Delegates. “This dude just spit out venom. I personally had friends who were patients at the health center that had PTSD anytime they had to go there because of the verbal abuse they suffered coming from Derrick and his ilk.”

Attempts to contact Evans last year for a response to those allegations were unsuccessful.